Ireland is a beautiful, ancient country. Full of lore and tradition, and old wives tales that lend it a strange, unknowable quality. It’s the perfect setting for a crime story, which was undoubtedly part of the appeal for Tana French’s popular Dublin Murder Squad novels, which began with her 2007 bestseller In The Woods—about the murder of a young girl and its possible connection to the mysterious childhood of one of the case’s investigators. The lead characters—Rob and Cassie—are beloved by fans, with the latter getting her own central story in French’s follow-up novel, The Likeness.

Now, those first two books have been adapted into the series Dublin Murders, which just wrapped up an eight-episode run on BBC One in the United Kingdom, and premiered its first episode on Starz in the States this week. Nerdist recently chatted with the show’s lead actors: Killian Scott, who plays Rob Reilly, and Sarah Greene, who plays his work partner and close friend Cassie Maddox. They discussed their familiarity with French’s books, creating an iconic onscreen partnership, finding their characters, and what they hope audiences get out of the series. 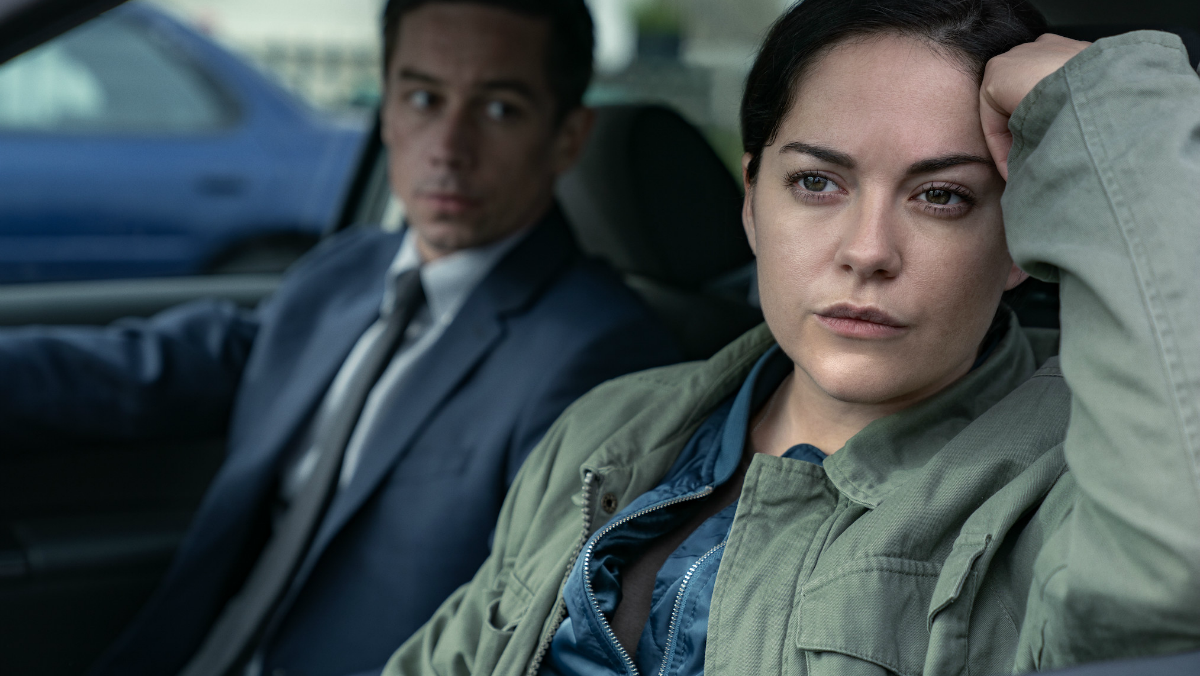 Both Scott and Greene were aware of French’s books but hadn’t read them before getting the parts. “I’m terrible [about reading books] when I’m working, I find it really hard to get my head into another story,” Greene admitted, saying that once she secured the role, she ordered both books online. As fate would have it, the second novel—The Likeness—arrived first, and that’s the one told from her character’s perspective. She read it quickly, describing it as “an autobiography” of sorts for Cassie, and a perfect way of getting into the character’s brain.

Scott felt the same with In The Woods, told from Rob’s point of view. “It was the most exciting thing to get to play a part where that resource was available,” he said. “Often times as actors, we have some thoughts about, well, what’s this dude’s backstory and what happened in this period of his life or whatever, and when you have the novel there it’s 600, 700 pages entirely from your perspective.”

They also cited the series’ writer, Sarah Phelps, for providing all of the information they needed to get into character. “When we first see [Rob and Cassie] go in a crime scene at a gas station, all that detail of how they move, how it’s kind of unspoken, their partnership—that was all written, so we just kind of had to show up and our job was made really easy for us by Sarah Phelps,” Greene explained.

The show follows Rob Reilly and Cassie Maddox, two detectives with the Garda Síochána’s Murder Squad in the Republic of Ireland. The pair are assigned a case involving the murder of a 12-year-old girl named Katy Devlin, whose body is discovered deep in the woods—the same woods where, twenty years before, Rob witnessed the disappearance of his two best friends, an unsolved crime he only remembers in unreliable fragments. His past is kept secret from his bosses; it’s only Cassie who knows the details, and she’s vowed to keep them private, even with her growing concerns that Rob’s proximity to the new case might be damaging to his psyche.

The two have an extremely close working relationship, evoking Mulder and Scully of The X-Files; a pair of male and female investigators with boundless trust and a deep rapport. Scott and Greene said their onscreen relationship isn’t all that different from how they work offscreen. They met at a script read-through two weeks before filming and ahead of rehearsals, and clicked right away.

“We’ve got the same sort of work ethic, so it was actually just really easy between us,” Greene said. “I just loved working opposite Killian. He’s a special actor and I can’t wait for people to see him do his thing.”

Scott agreed with that sentiment. “I think we work in a similar way and we want the creative environment to be relaxed and we want it to be playful,” he said. “It was great because we go to go through it together. We had a very Rob and Cassie relationship in that that we both seemed to really understand each other and we could work seamlessly together.” 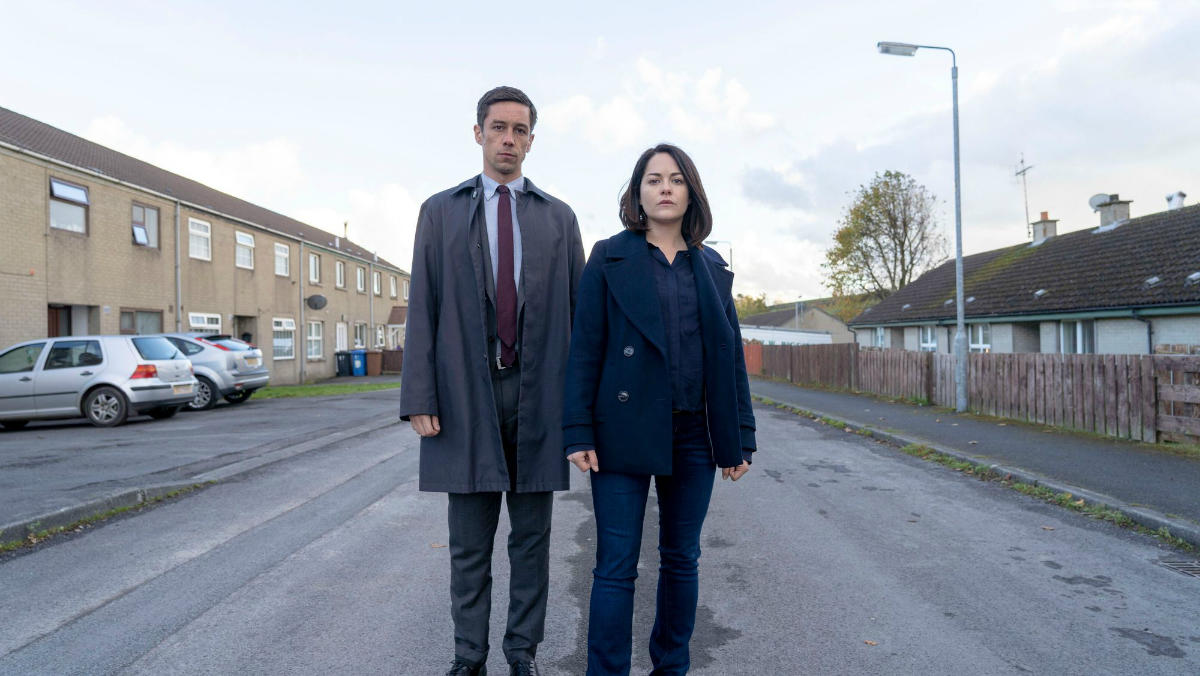 The Irish setting helped them get into character

In a sea of crime procedurals, there’s something special—almost mystical—about Dublin Murders. That’s mostly due to its Irish setting, which lends the story and the setting a supernatural quality. As the story progresses, more and more of those elements bleed into the narrative. There’s talk of “old folk” living in the woods and a doppelgänger subplot. There’s also the recurring imagery of a wolf, that may or may not have something to do with Rob’s history.

“We are a very, very old country, with massive amounts of history, and superstition is something that we’ve all lived with, the old stories and rituals,” said Greene, who was born in Cork, Ireland. “As much as people want to write it off, actually we all kind of deep down have a niggling belief.”

“When you’re filming in the dark woods at midnight in the wintertime in Belfast, you don’t have to work too hard to get the kinds of right emotions going,” Scott said with a laugh. “It’s kind of given to you in many ways for free.”

In a lot of ways, both French’s books and Dublin Murders are about a lack of resolution. Not everything is left a mystery, but there’s a running theme that some things are impossible to understand fully, and that part of being alive is learning to understand this fact, and live with it.

“For me as an audience member, I like to be challenged,” said Greene. “I like to make up my own mind about stuff and not be spoon-fed all the time. And sometimes we just don’t get the answers. It’s frustrating, it’s really sad, it can drive you absolutely bonkers, but I think that’s real life.”

Rob is the character who grapples with this in the most direct sense. A lot of the show involves him chasing after the ghosts of memory—things that can never make total sense. “He’s sort of caught in this very difficult Kafka-esque problem where he’s relentlessly pursuing something that he’s probably not going to get solved,” said Scott. “And the frustration that comes with that is kind of inconceivable.”

But that’s also part of what makes this story—both the books and the show—so intriguing and irresistible. They teach us how to navigate those dark, inexplicable corners of the universe. Sometimes, there’s not a way out. But with the right people in your life—with a Rob to your Cassie—it can feel a bit easier.