Over the past few years, Dragula has become the darker, scarier, more punk rock TV drag competition. If RuPaul’s Drag Race is Barbie, the Dragula is Elvira. With just a dash of Pinhead from Hellraiser. But just as Drag Race welcomes back previous contestants for a shot at redemption, Dragula hosts the Boulet Brothers will soon be doing the same.

It’s just been announced that horror streaming service Shudder is premiering The Boulet Brothers’ Dragula: Resurrection, a two hour Halloween special where seven former contestants will get to fight it out over who gets to comeback for the drag competition show’s upcoming fourth season. You can check out the trailer down below:

Not only will the girls from Dragula‘s first three seasons get a chance to come back for season four, but the winner of Dragula: Resurrection will also receive a cash prize of $20,000. Coming back to play (and to slay) for this special all-star edition are season one’s Frankie Doom and Loris, Kendra Onixxx, Dahli, and Victoria Elizabeth Black from season two, along with Priscilla Chambers and Saint from the most recent third season of the show. 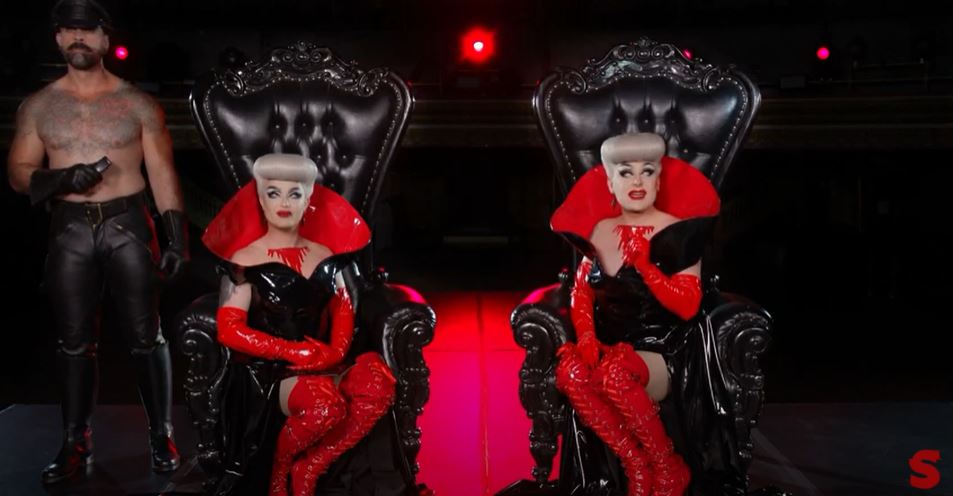 Unlike previous iterations of Dragula, this special was filmed entirely during quarantine, and with a skeleton crew (no pun intended). The Dragula production actually went to each queen’s hometown, where they had to prove themselves worthy of getting another crack at competing in the ghoulish gauntlet. The special will also feature several scripted shorts featuring the show’s creators and hosts, the iconic Dracmorda and Swanthula Boulet.

Competitors will have to create and design three original Halloween-themed looks for a chance to come back for season four. They will then create performances in appropriately spooky locations. Among these locations are an abandoned Georgia train station, and a supposedly haunted mansion in North Carolina. Hopefully the ghosts in these haunted locales are ready to walk the runway.