Dive back into the world of Toothless and friends in this brand new adventure. DreamWorks Animation has released a teaser for their new animated series, Dragons: The Nine Realms. This new journey is part of the How to Train Your Dragon franchise.

This time, the dragons are going modern. Those are definitely wind turbines we spy in the Dragons: The Nine Realms’ trailer, as a new dragon takes flight. The series logline shares:

Set 1,300 years after the events of How to Train Your Dragon, dragons are now just a legend to the modern world. When a geological anomaly opens up an immense, miles-deep fissure in the Earth’s surface, scientists from all over the world gather at a new research facility to study the mysterious phenomenon. Soon a group of misfit kids, brought to the site by their parents, uncover the truth about dragons and where they’ve been hiding—a secret they must keep to themselves to protect what they’ve discovered. 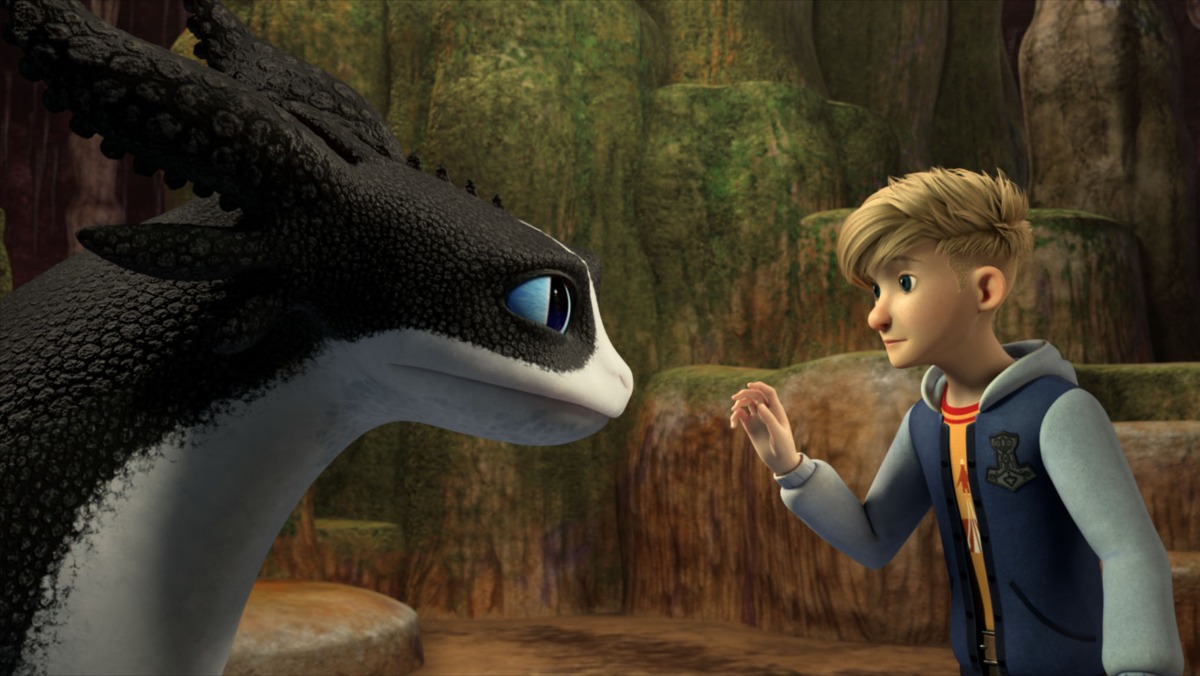 We can imagine keeping the dragons safe will take a ton of teamwork. We’re crossing our fingers that the show will offer some fun Easter eggs that take us back to the original adventure. Could these dragons be distant relatives of Toothless and the others from How to Train Your Dragon? Hopefully, whatever evil will surely arise to endanger the dragons, this new team will be more than enough.

So far, only one voice actor has been announced for the show: Jeremy Shada (Adventure Time). We also know John Tellegen will act as an executive producer and showrunner. Other executive producers include Chuck Austen and Henry Gilroy. Beth Sleven is a supervising producer.

Dragons: The Nine Realms will have six episodes that run 22 minutes each. It will premiere on Hulu and Peacock on December 23. Our main takeaway: we are loving the undercut of our hero. We can’t wait to meet this next generation of dragon riders. And, of course, their dragons. We know they will do the gang from How to Train Your Dragon proud.

TAGGED: Dragons: The Nine Realms, Dreamworks, How To Train Your Dragon