After designing colorways in August celebrating Goku and Frieza and two more featuring Son Gohan and Cell in September, Adidas continues its series of Dragon Ball Z-themed sneakers with two new styles inspired by Boo and Vegeta. Adidas Originals will release its fifth and sixth Dragon Ball designs November 24 with a tribute to the â€œMajin Boo Sagaâ€ using the Kamanda and Ultra Tech styles as a canvas.Designed in thoughtful collaboration with the iconic animated series, Adidas â€œMajin Boo Kamandaâ€ features a pink Nubuck upper with perforated holes in place of the brandâ€™s three stripes as an homage to those in the characterâ€™s head and torso. A translucent rubber outsole evokes Booâ€™s rippling trousers, and additional details on the tongue and gold foil logo celebrate his rich iconography. 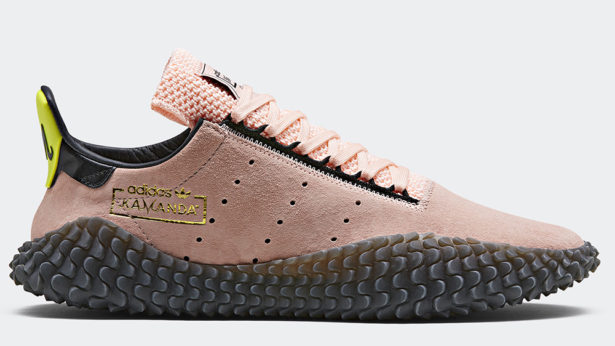 The Ultra Tech model replicates Vegetaâ€™s primary-color ensemble, featuring a blue and gold upper thatâ€™s embroidered to resemble the fighterâ€™s armor plates. The sides of the shoe are white, echoing his gloves and boots, while a printed detail of his famous quote â€œOver 9000!â€ ties everything together. 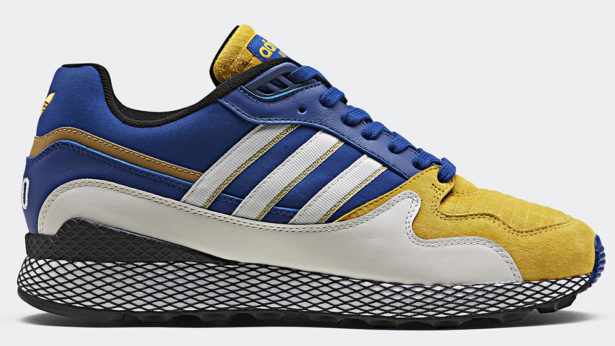 Both shoes also feature concealed Dragon Ball symbols and other signifiers, and come in limited edition packaging that combines with the other six shoes in the series to create a complete image when arranged on fansâ€™ shelves. Adidas didnâ€™t supply prices for the upcoming sneakers, but earlier styles sold out quickly and are now going for more than $200 online via resale sites.Two more styles featuring Shenron and Super Shenron are scheduled for release in December so stay tuned for more information about them. In the meantime, what do you think of Adidasâ€™ latest Dragon Ball Z-themed sneakers? And which character would you want to see transformed into a pair of stylish kicks? Sound off in the comments below!