No doctor has ever prescribed me chocolate as a cure for what ails me. That feels like a massive oversight.  Since few things in life make me feel better. But while medical professionals won’t be providing me a sugary treat anytime soon, Dr Pepper has. With its new, limited-edition Dr Pepper FANtastic Chocolate. A soda Nerdist, thankfully, got the chance to try. 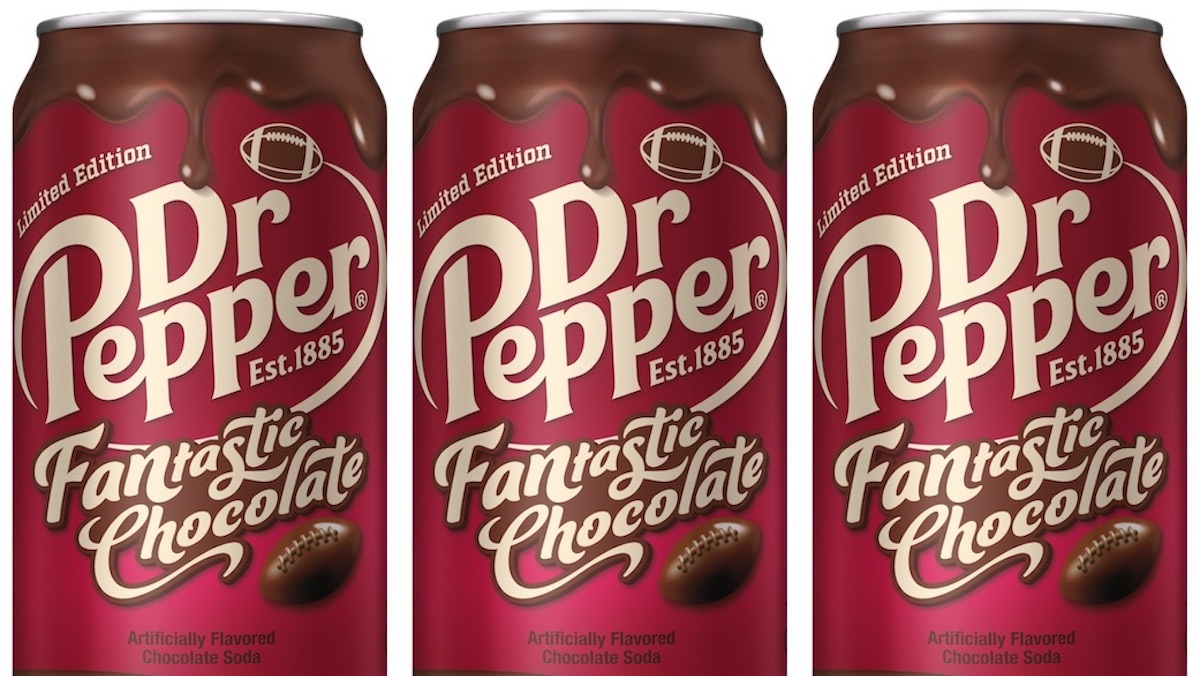 Dr Pepper has launched its new “Pepper Perks” rewards program with an extra sweet reward for members. Unlike some other soda flavor crossovers, you don’t have to get lucky and win a contest to get your hands on some. But that doesn’t mean it will be easy to nab FANtastic Chocolate. And you won’t want to delay trying to. From Dr Pepper’s official press release:

“To access the limited time offering, consumers must scan the proof of purchase QR code on Dr Pepper purchases where they’ll be prompted to create a ‘Pepper Perks’ account. Once fans earn a qualifying amount of points, they can redeem their purchase to receive the exclusive new flavor as long as it is available. Fans can also enter for a chance to win a trip to the College Football Playoff National Championship and redeem other Dr Pepper branded gear designed to enhance game day and cheer on our favorite college teams.”

You can visit Dr Pepper’s website to learn more and sign up. And I can tell you after sampling Chocolate FANtastic, you’ll want to enroll in the program if it means getting this soda.

“Soda can’t be chocolate-flavored,” said no one at Dr Pepper. Sign up for Pepper Perks at https://t.co/2Yk5Vzs4y6 to start earning points toward this limited edition, FANtastic flavor. pic.twitter.com/GPRa8E7VZw

I have always hated chocolate flavor sodas. Until now I’ve never found a single one that didn’t make me gag, let alone one I liked. Yet I would drink FANtastic Chocolate by the bucket given the opportunity. Unlike other chocolate sodas, the chocolate doesn’t overwhelm this drink. The initial taste is Dr Pepper-like, with a little less spicy zing than the normal version.

If you like Dr Pepper and you like chocolate, then you’re really going to like this. I’m not saying real doctors should prescribe it instead of medicine though. But I’m also not saying they shouldn’t.