A main concern of  Doom Patrol season two is how the traumas of our past shape our future. The finale took that exploration to the extreme as most of the heroes came face to face with their imaginary friends, giving us some insight into the demons that made them who they are. What really made “Wax Patrol” shine was the way that it framed these singular stories within the greater secret origin of Jane, reflecting the nature of her creation and the events that made her necessary to protect Kay.

Down the Rabbit Hole

Dorothy Spinner’s appearance has been the catalyst for much of the soul-searching that we’ve seen this season, as the ragtag group comes to terms with their new member and the emotions that she inspires. The eternal youth of the Chief’s daughter has brought up waves of nostalgia, fear, trauma, and guilt for the team as they’ve tried to both protect and profile the dangerous supernatural creature who just so happens to be an immortal little girl. For Cliff, she represents the daughter who he never knew survived. To Larry, she’s the sons he left behind. And Rita sees her as a reminder of both the childhood she missed and the motherhood she stole from the young woman who killed herself due to Rita’s past actions.

Though she’s represented a challenge to nearly all of the team, it’s Jane who has struggled the most with Dorothy’s arrival. The monkey-faced girl acts as a trigger for the hero, a constant reminder of her purpose and the horrors that caused it. There’s also the fact that Niles is a terrible father who has trapped and imprisoned Dorothy for decades, mirroring Jane’s own abuse, imprisonment, and even her fight to stay as the primary personality. Two young women constantly fighting for their own agency against their fathers, their own subconscious, and the people who live within them. In this episode it comes to a head as Jane and Dorothy have to face down those who haunt them in a very real way. 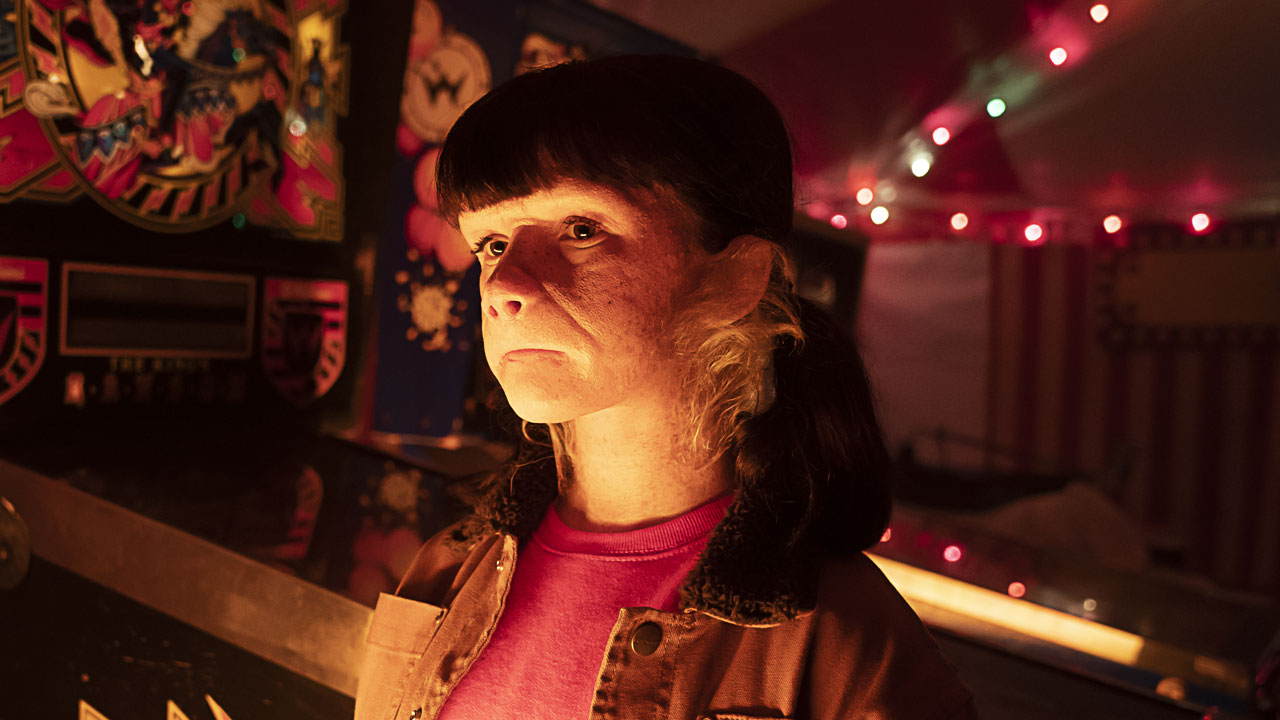 Fighting the Demon Within

Throughout this season, the big bad has been living in Dorothy’s head. But in “Wax Patrol,” the Candlemaker makes his way into the real world in devastating fashion. Using all that he’s learned about the team in Dorothy’s head and his own supernatural powers, he crafts visions of each of the heroes’ childhood imaginary friends, playing on their weaknesses. It’s a smart way to introduce what could otherwise be heavy exposition. Cliff shares heartfelt stories with Jesus about how his father abandoned him and he looked for salvation and friendship in Christ over a few weeks at a summer camp. Vic reopens old wounds about his need for validation from his father to a Black cowboy. Rita dances and repents her sins both real and imagined to a paper doll that features her mother’s eyes.

Whilst the team dances with their demons, Jane and Miranda tackle theirs. Diane Guerrero has given us another incredible performance as the superhero with a split personality this season and she brings her everything here as we finally get to learn how and why Miranda lost her role as primary. It’s a smart reflection of what the team is going through as everyone relives their past so the Candlemaker can destroy their futures. We always knew that Kay created Jane to protect herself after her father abused her. But what we found out this episode is just as important as we discover what made Jane. 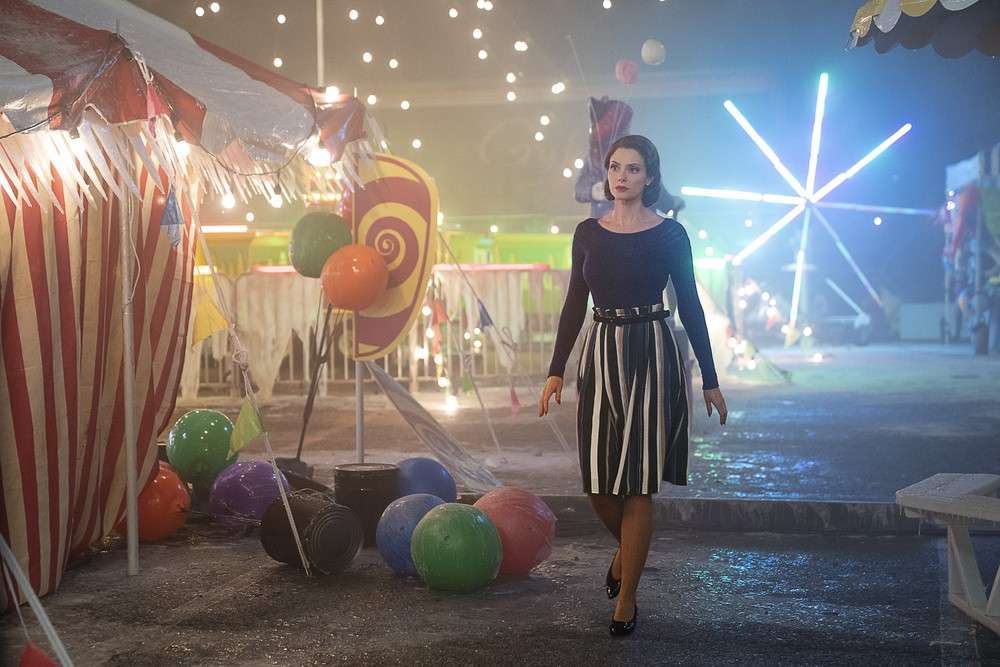 With the imaginary encroaching on the real world, we move further into Jane’s mind as she tries to escape the well that holds the dead alternate personalities of Kay. For the first time, we truly get to meet Miranda, see her lives, her loves, and the first man she trusted after her father—a stark juxtaposition to what’s going on above. Subversion is at the heart of what makes Doom Patrol stand out. The team turns the idea of young love on its head, crafting something much more vicious and cruel.

Miranda’s love and passion for her young suitor allows him to create an imbalance of power (much like the one plaguing Dorothy) that will send her back underground. As Cliff, Rita, Vic, and Dorothy go through dangerous awakenings at the County Fair, Miranda has one of her own when she’s forced into an orgy by her boyfriend. Doom Patrol always treats sexual trauma thoughtfully but that doesn’t make it any harder to watch as we see Miranda retreat back into the underground and Jane manifest for the very first time. This powerful moment sees a young woman protect and advocate for herself in the face of horror, naked strangers, and the man she thought she loved. 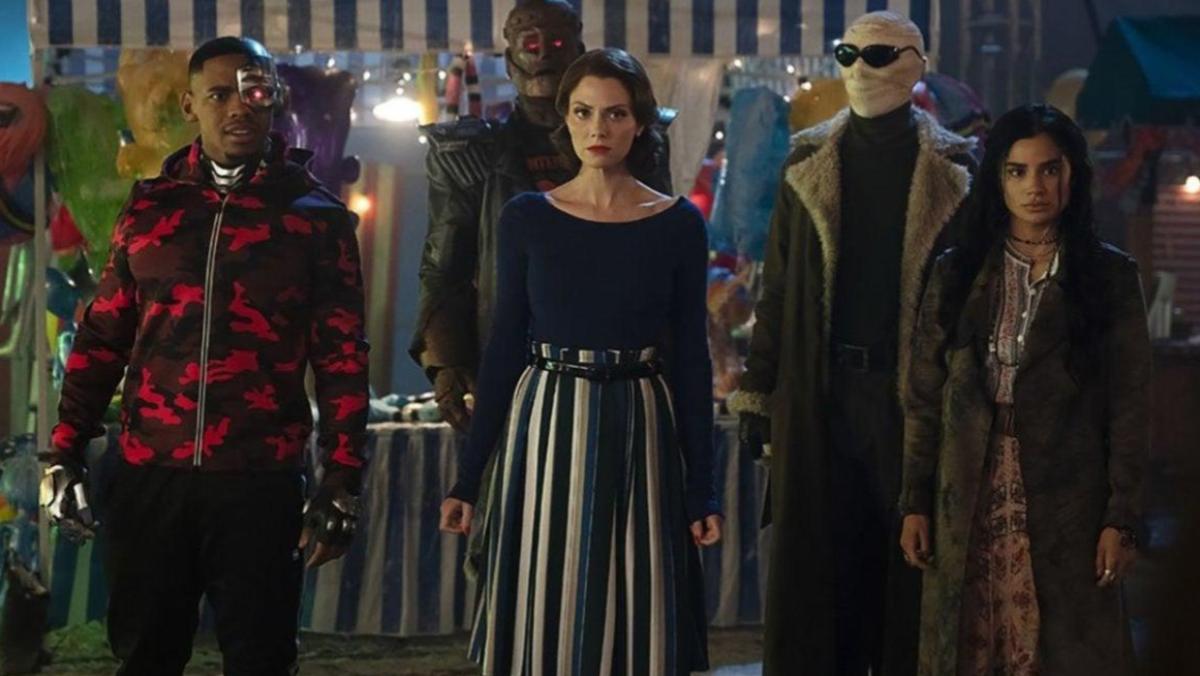 It’s a journey echoed by Dorothy, who faces the Candlemaker in a fiery confrontation. In a slightly on-the-nose but perfectly apt metaphor, the powerful force traps the Doom Patrol in wax, literally freezing them in the midst of their childhood traumas, stopping them from finding any kind of closure both metaphorically and literally as they’re completely out of action. Aside from the allegorical importance of their situation, it also puts Dorothy front and center as the only hero left to face down the Candlemaker and all that he represents. It’s one girl against her imaginary friend, her childhood trauma, and her father. And with a little help from her mom, Dorothy takes the step toward the first freedom she’s ever known, for better or worse.