If you’ve felt like the world around us is slowly turning into a never-ending hellscape, then you’re not alone. But this November, you can actually do something about it in Doom Eternal, the sequel to 2016’s Doom (a series reboot for the venerable FPS), which takes the demon-slaying action from Mars to Earth as you once again assume the mantle of the iconic Doom Slayer (or Doom Guy if you’re nasty).

On Sunday night at Bethesda’s annual E3 press conference, audiences in Los Angeles’ Shrine Auditorium were treated to a bloody, brutal, and bone-crunching new story trailer that showcased all manner of new locations, weapons, and gory ways to turn the minions of Hell into a fine, red mist.

Seeing a demon being sawed in half with a chainsaw immediately sets the tone for what you can expect from id Software’s bloody first-person shooter. Honestly, I feel like I need a shower after that trailer; it’s the virtual equivalent of sitting in the front row at a Gallagher show.

First announced at Bethesda’s 2018 E3 press conference, Doom: Eternal comes to PlayStation 4, Xbox One, Windows PC, and Nintendo Switch on November 22, 2019. It will also be coming to Google’s streaming game service Stadia after it launches this November. This time around, though, you won’t just be going to Earth; you’ll also be able to travel to Heaven and Hell, as well. Introducing angels to the BFG? Don’t mind if I do! 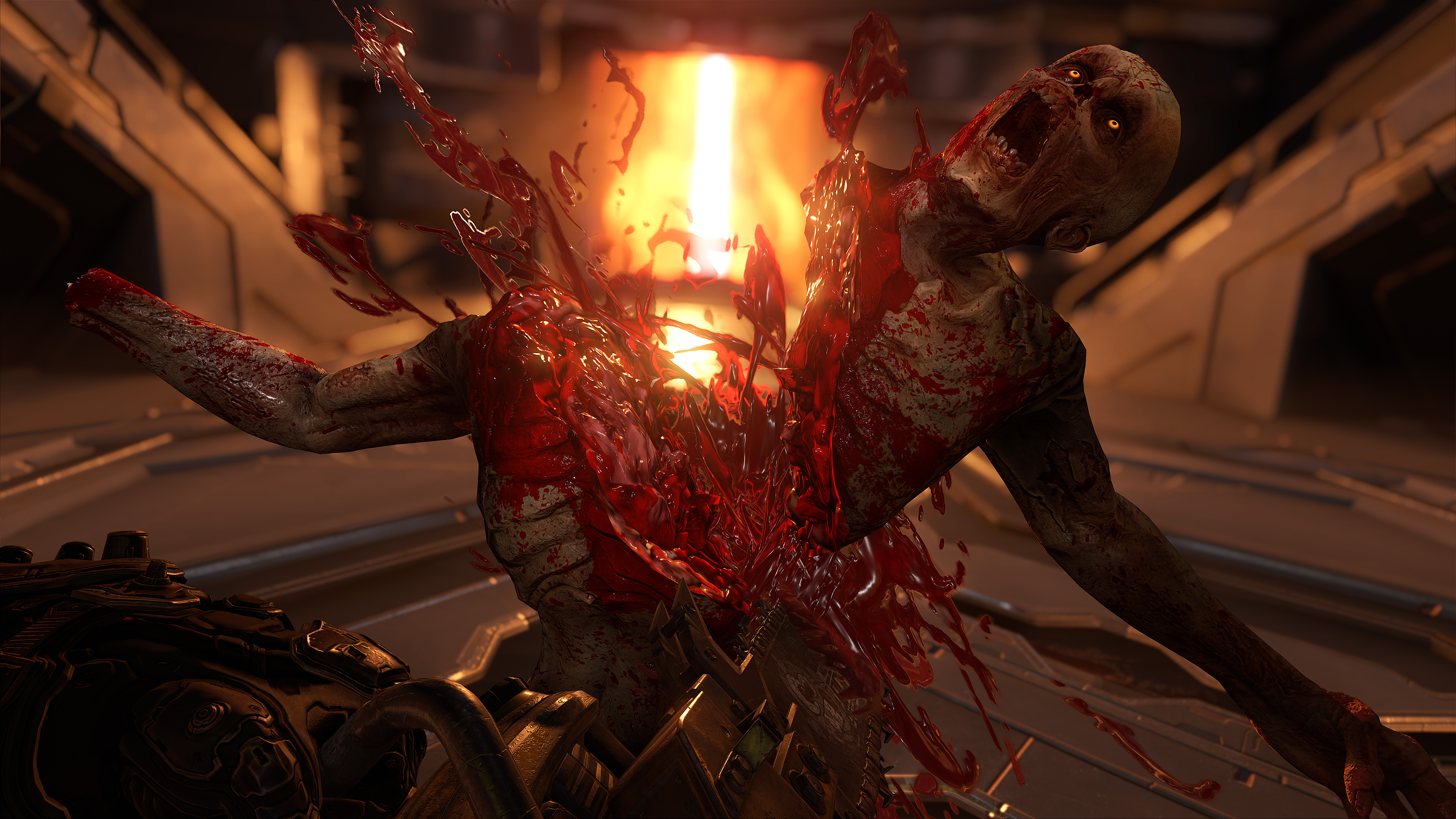 In addition to the story trailer, which you can view above, Doom: Eternal is getting a new multiplayer mode known as “Battlemode.” This competitive mode pits two players against one in a grueling battle of wits, wiles, and murderous strategy. One player takes on the role of the Slayer, while two players assume the role of various demons. What follows is a no-holds-barred fight to the finish as each side tries to outplay the other in a deadly duel.

Bethesda and id Software also announced that you can get a Doom Guy helmet of your very own if you purchase the swanky pre-order edition, so start saving up if you are in dire need of some demon-resistant headgear.

Want even more E3 updates? Stay tuned to Nerdist all week long for the latest trailers, hands-on impressions, and inside scoops on all your favorite video games.