We weren’t hopeful Captain America would survive Infinity War, but we definitely think he’s going to die in Avengers 4. Not only will it take some big sacrifices from the remaining members of the team to undo the Snappening, Chris Evans has already said goodbye to the franchise. However, co-director Joe Russo has now said the actor’s farewell isn’t what we thought it was, because Evans isn’t finished with Steve Rogers and the MCU.Which would be great, if not for the fact there’s no reason to listen to anything the Russo Brothers say about the franchise.

Russo told USA Today (h/tÂ The A.V. Club) he thinks Evans bittersweet Twitter bon voyage that had us all pre-crying over Cap’s death “was more emotional for him than it was us because heâ€™s not done yet,” adding, “I wonâ€™t explain what that means but fans will soon understand what Iâ€™m talking about.” Oh, wow, really? This won’t be the end of Captain America as we know him in the MCU!? HURRAH!
Yeah, we’re not buying it. It’s certainly possible Cap could retire instead of being killed. Even if he does bite the big one, comic book characters never really die. Plus the MCU just introduced time vortexes in the Quantum Realm, and there’s always the Time Stone. Or the Reality Stone. Or the Soul Stone. It’s a magical universe where impossible things happen, any number of which could bring Cap back into the fold. Even if Evans really thinks he’s done, Disney has deep pockets to lure him back if they ever decide they want/need to.We’re just not taking anything Joe or Anthony Russo say about Avengers too seriously. They have shown they love engaging/trolling fans with total nothingburgers designed to drive us insane and misdirect us. Remember this cryptic tweet that had everyone convinced the Avengers 4 title was hidden in it?

Or how the let Mark Ruffalo “spoil” Avengers 4. The Russos also had another tweet, only this one was so pointless even the internet (the internet!) took a total pass on playing their game.

Worst of all for their credibility is how they have insisted Infinity War‘s deaths are permanent, even while sequels with dusted characters are being shot and planned. At best, a statement like that can only end up being “technically true,” which is a another way of calling it a lie.It’s likely they are bending the truth now about Chris Evans returning to the MCU in some capacity after Avengers 4, and this is an attempt to throw us off the scent so we’ll be shocked when he does die. Even if the Russos are telling the absolute, honest truth, we have no reason to believe them. They’re the directors who cried wolf, then killed the wolf and said he”d never return, only the wolf just filmed Wolf-Man: Far From Home. 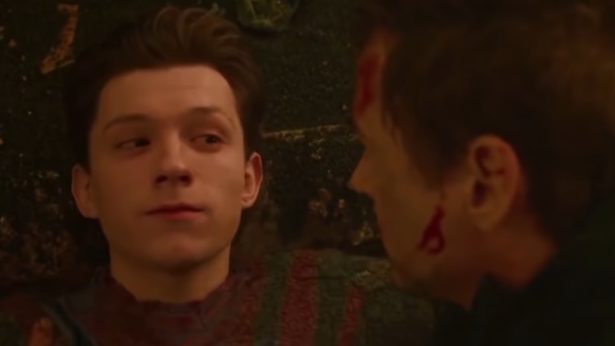 So we’re just ignoring them now. They can tell us Cap dies, Cap lives, Cap un-dies, Cap retires, Cap opens up a Shawarma restaurant in Brooklyn, or an other fate. Nothing they say matters; we’re going to see Avengers 4 anyway. The Russos’ comments don’t help or hurt the movie; they’re just noise. What we really want is for them to just stop saying anything about the movie… unless they’re finally going to tell us what the title is. We’d like to hear that.