“Donnie Darko. What the hell kind of name is that? It’s like some sort of superhero or something.”
“What makes you think I’m not?”

Donnie Darko, for 20 years, has been some sort of superhero or something. He took a million-dollar indie flick and turned it into a beloved cult film praised by millennials in our youthful heyday. For many of us, we found Donnie Darko before we found ourselves—before degrees, diagnoses, and all the things that keep us running day to day. When I found the film, I was 16. That was before any of the medications that would glue my bones together enough to move in the shape of a human. Now I’m 36, held together with the tacky stick of pills and therapy. Would my youthful favorite hold up?

To find out, I followed the iridescent tube from my solar plexus to my television and rewatched this still-precious, still-memorized film—the Smurfette scene remains word-for-word carved into my brain—and it led me here. For the purposes of this piece, I will focus on the theatrical cut rather than the director’s cut. I will even attempt to avoid the director’s commentary track. Richard Kelly frankly has ideas about his film that make it a worse film, and such is his want. 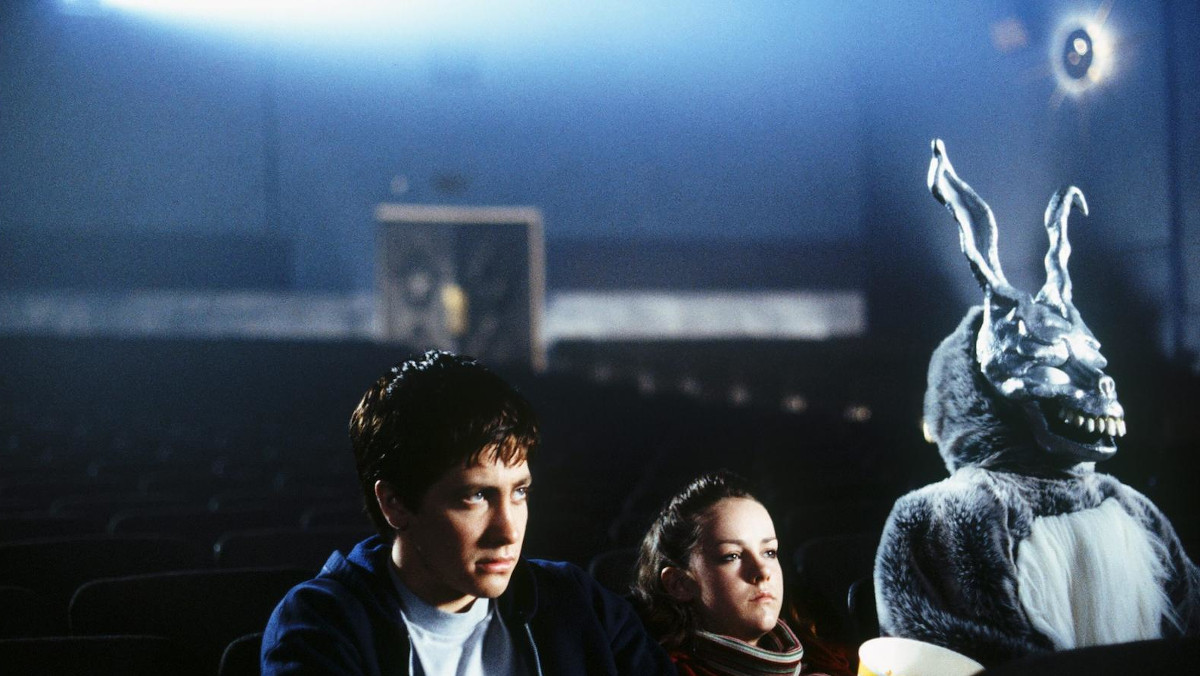 Donnie Darko (Jake Gyllenhaal) is a 16-year-old boy with “emotional problems.” He once burned down a house, but he’s past all that. He is in therapy, and takes medication, which he’s stopped taking, but has started taking again. And according to the director’s cut/commentary, which I’ve already said I’d ignore, is actually a placebo. The theatrical cut itself is unclear on Donnie’s relationship to the pills, is what I’m trying to say. But he takes them on camera. And then he sees Frank, a six-foot tall man in a bunny costume, a hideous Harvey who foretells of the very near end times.

When Donnie tells his therapist Dr. Thurman (Katherine Ross) of his “new friend” Frank, she immediately asks if he is real or imaginary. It implies she knows Donnie has delusions to help him cope with the world around him, a world out of his control, one he finds difficult to live in. Eventually, when Donnie confesses to the violent acts of flooding his school and burning down the home of local pedophile Jim Cunningham (Patrick Swayze), Dr. Thurman informs his parents that she needs to talk to them immediately. She doesn’t. A jet engine lands, “Mad World” plays, everything ends well.

Except for Donnie, our nebulously powered superhero whose powers include mental illness and the ability to die.

Twenty years ago, this was a shocking and heartbreaking end—a hero’s end, the movie and so many other pieces of media would have us believe. Heroes give their lives for the greater good. But when this particular “hero” was so mired in mental illness, is this the ending he—and we—deserves? 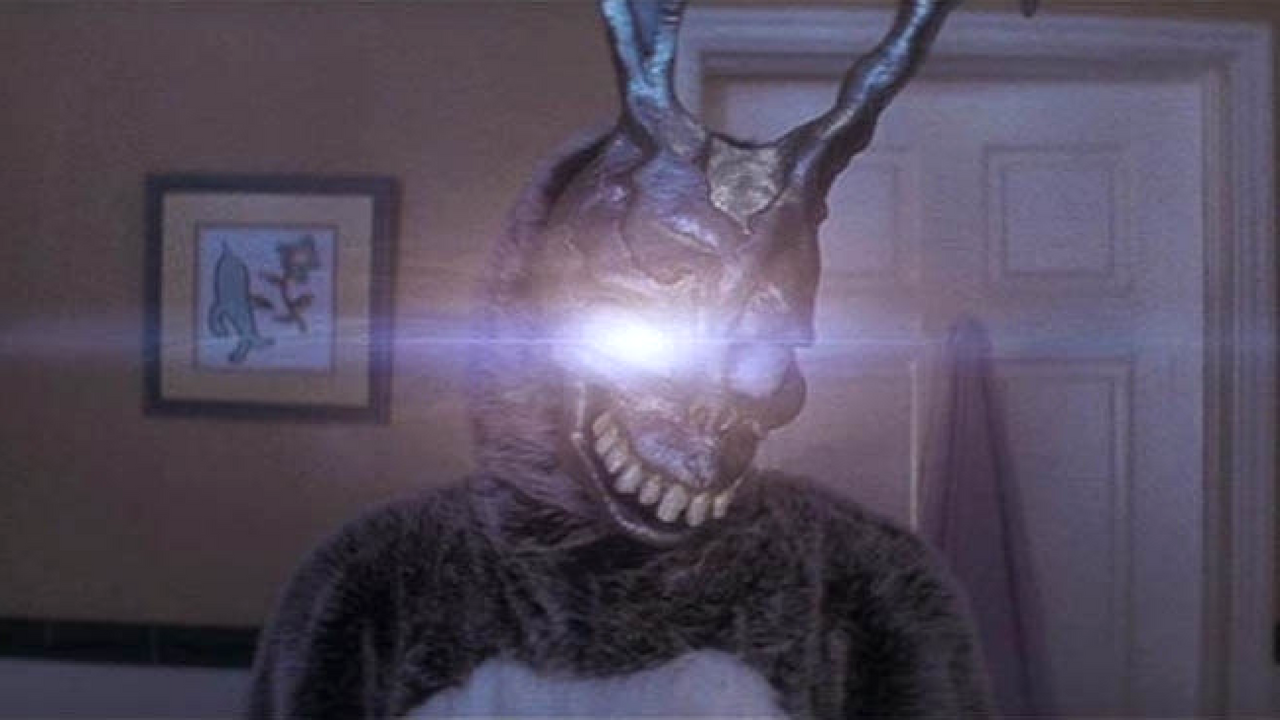 A million think pieces and theoretical essays address the meaning behind the film, but here is its essence as I understand it: the world has gone wrong. Time and place have shifted, leaving a piece of the future—the jet engine—in the past. Everything that will follow for the next 28 days needs fixing to get the universe back on track.

I hadn’t received a diagnosis for depression or anxiety when I first saw this film, but I recognize bits of myself, now and then, in what so irrevocably grabbed me. The world is wrong and only Donnie can fix it. He is alone with the weight of the literal world on his shoulders. Time is running out. There is something wrong and he has to fix it but he doesn’t know what it is, let alone how to change it.

Control is a weird concept. It’s an invisible, intangible thing we crave and grasp for, and the harder we grab at it the less of it we have. To become desperate for it is to lack it. At its core, mental illness steals control, leaving mind and body at the mercy of chemicals and various traumas. When our grip on it slips even a little, we can spiral. For me, I turn to binging and purging. For Donnie, he turns to busting water mains and burning down houses. We all have our coping mechanisms.

As Donnie loses every bit of control he had on his life—something so limited for teenagers as it is— everything falls apart. His girlfriend dies, he shoots his sister’s boyfriend, and all seems lost. Yet these pieces needed to fall into place to set things right. As Donnie sits up in his bed, transported back to the past, the day it all started, he laughs gleefully. He’s fixed it. He’s regained control.

And then he dies.

I don’t know that I knew the term “triggering” in 2001. But I know it now. And the idea that the ultimate “fix” is death is just that. Donnie was a superhero, and his superpower was death. 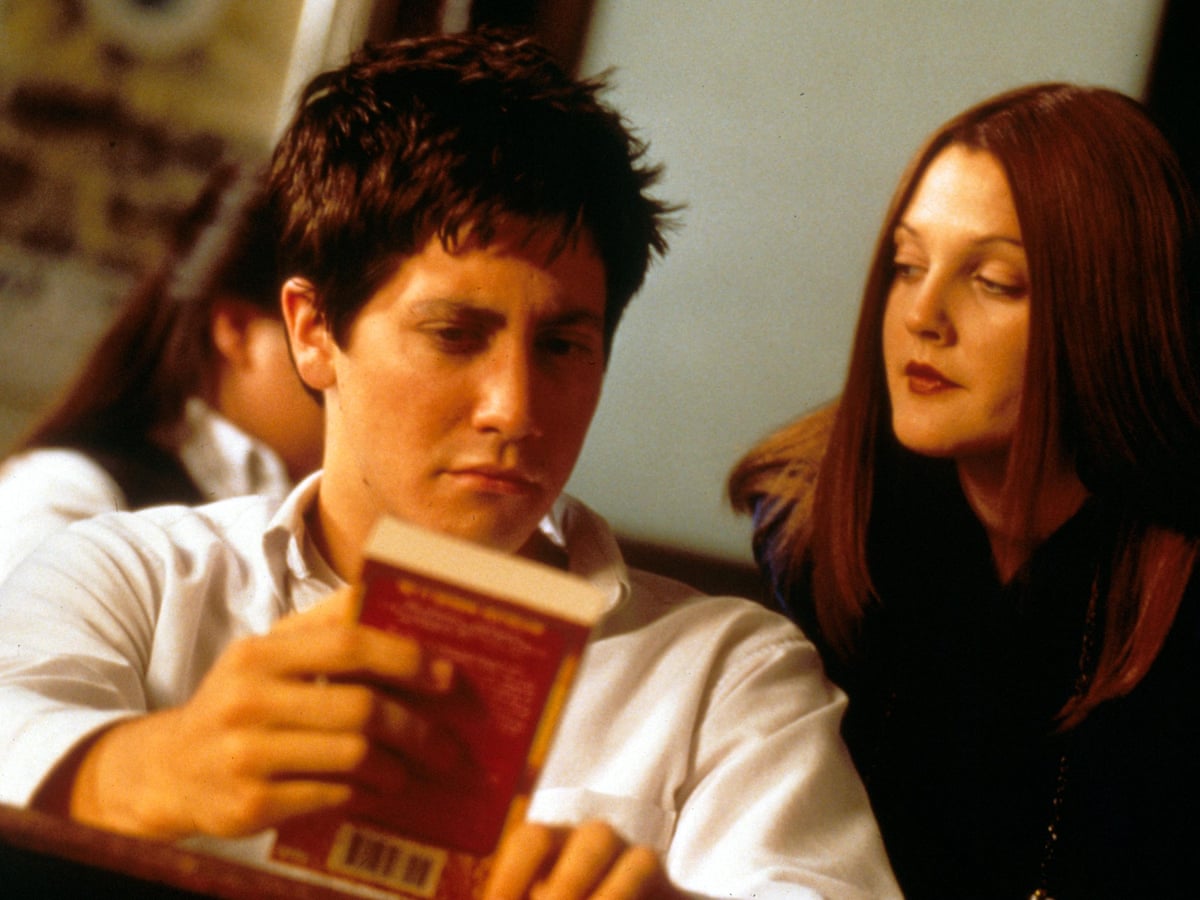 So many times, I’ve wanted to disappear. That it was the only answer, the only solution to my lack of control from the sadness and panic I didn’t yet know were illnesses. I looked into my future and didn’t see one, couldn’t imagine seeing one because the present was so impossible.

So I turned to tragic heroes like Donnie Darko. And I felt less alone. If I couldn’t have control, I could have characters that felt like me. Watching it now, I can’t let go of this dangerous sense that it’s reckless. That its position on mental illness and medication is so disjointed and f**ked up and I don’t want that for teens watching it now. But maybe that’s what happens when you get older. You lose a different kind of control. You want to protect the world from the things that hurt you. Maybe I just don’t want anyone to have to feel like Donnie Darko is their hero.

I don’t know if anyone needs Donnie Darko in 2021. But I needed it then. And if someone needs it now, I hope they find the tiniest bit of control and maybe a little bit of hope.