10 Time Paradox Movies That Will Bend Your Mind - Nerdist

10 Time Paradox Movies That Will Bend Your Mind

You’ve watched The Cloverfield Paradox. You’ve created a timeline in your head and a very intricate chart on your wall mapping all the possible paradox situations, and now you need some more sci-fi to keep you going until Overlord–the next suspected entry in the Cloverfield franchise–is released. Luckily for you, we’re here to help with all of your deep cut quantum entanglement entertainment needs. Without further ado, here are ten of our favorite mind-bending paradox-exploring feature films. This 2007 Spanish language gem is one of the most inventive, engaging, and fun science fiction films of the 21st century. We join Hector, who observes a terrifying man with a face covered in bandages assault a woman and then has to hide in a time machine to avoid being seen, which causes havoc to ensue. While the plot appears simplistic, Nacho Vigalondo’s debut feature is a rad time loop trip. If you’re looking for a dark but enjoyable examination of time travel, look no further than Time Crimes. 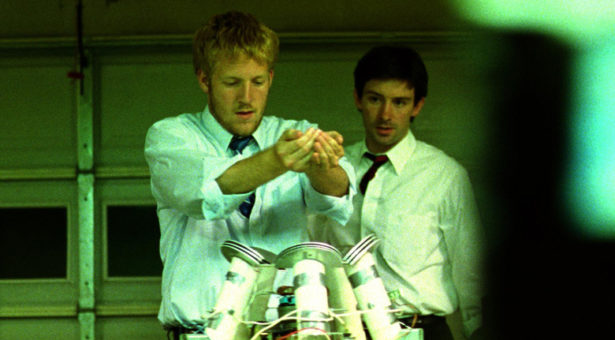 This low budget classic is hard to put into words, but all you really need to know is that it’s an inventive take on time travel that’s scarily believable. Abe and Aaron are engineers who accidentally discover a way to transport items back in time by utilizing a side effect from a time loop. The pair send Abe six hours into the past and begin to mess with the space time continuum for their own personal gain… and we all know where that leads. Primer is a movie that’s almost too smart for its own good, but if you’re looking for an in depth and surprisingly authentic vision of time travel and its ramifications, then Primer is for you. 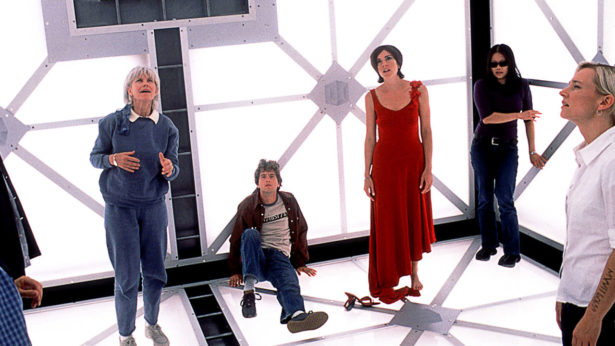 The first Cube movie is an iconic low budget thriller that hinted at a connection with higher maths, but it was mostly memorable for its single room set and dynamic traps. The later movies in the trilogy saw the filmmakers expand the lore of Cube, revealing that the Cube was created as an experiment in quantum transportation and existed inside of what appears to be a paradox. These low budget sequels are some of the most ambitious and exciting attempts to explore the idea of quantum string theory in horror science fiction. 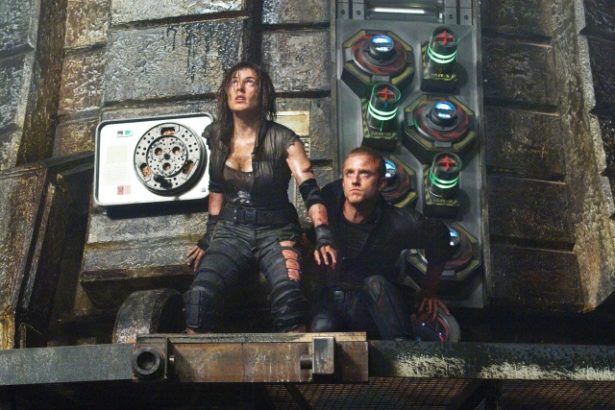 One of the more underrated modern entries to the deep sci-fi catalog is this ridiculous Dead Space come-to-life horror movie. Pandorum tells the story of Bower, who wakes up on a spaceship with no memory of why he’s there or where he is. This creep-fest definitely jumps the shark, but in the most satisfying way. Plus, it has a fantastically over-the-top turn from Dennis Quaid as Bower’s suspicious shipmate, Payton. Though the science behind it is questionable, the movie’s full of scares, creatures, and a mind-bending twist you probably won’t see coming. For such a dense and complex sci-fi thriller, this film is surprisingly overlooked. Since it’s best to go in with minimal knowledge, all we’ll tell you is that Ethan Hawke plays a Time Agent who travels through both the past and future to stop crime. It’s epic in scope and vision, as well as being heavily invested in the morality of technology and the way it affects the characters at its heart. Predestination is a clever, enthralling mystery that asks a lot of questions and even answers a few of them. Plus, if you’ve watched Star Trek then you’ll likely know all about the concept of the predestination paradox that the film’s centered around. 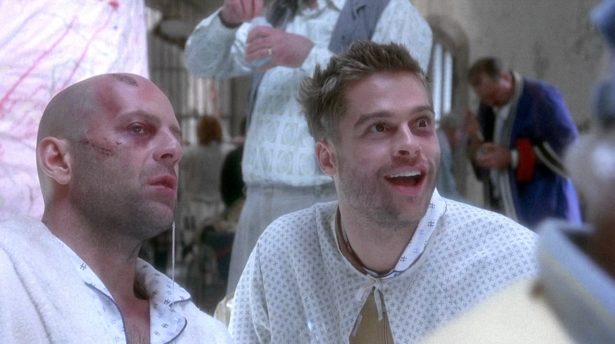 From visionary director Terry Gilliam, 12 Monkeys is a neo-noir film focused on Bruce Willis’ James Cole, an inmate living in an underground prison in a post-apocalyptic vision of Philadelphia. Cole is forced to go back in time to stop the outbreak of a deadly virus, but as he travels through time he becomes less and less sure of just who or what he can trust. Gilliam is the master of creating incredible dystopian landscapes and 12 Monkeys is no exception, a surreal journey through time with an emotionally devastating reveal in the third act.

Richard Kelly’s debut saw Jake Gyllenhaal in his breakout role as a young man who is warned about the end of the world by a guy in a spooky bunny suit. This new wave goth influenced drama is not really like anything else, with a bleak outlook on Americana and a fantastic soundtrack. We follow Donnie as he traverses the last weeks of his–and the Earth’s–life while he’s also just being a normal teenager. It’s a hugely ambitious debut that’s still as memorable and cool as when it was released in 2001. 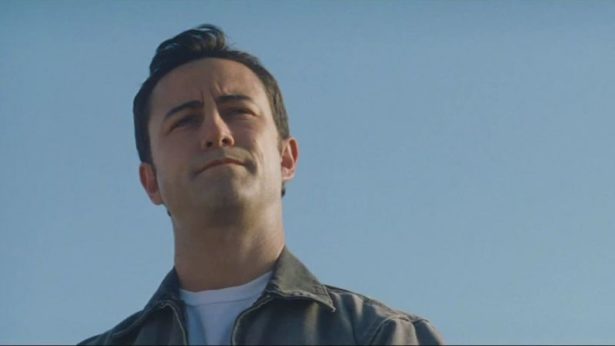 Another Bruce Willis vehicle, this time travel crime thriller from Rian Johnson has quickly become a cult classic. In the near-ish future, the mob sends marks back in time to be killed, and Joe does his best to kill them. That is, until Young Joe realizes that they’re going to try and close the loop by killing him in the past. If it sounds mind-bending, it’s because it is. Johnson does a good job of creating a version of time travel that works within the confines of his own world, not to mention a particularly memorable scene that mocks the idea of trying to explain time travel at all. Jake Gyllenhaal–on our list again!–gives his all in this very upsetting but quite good 2011 sci-fi flick. The strange tale focuses on a young man who has to relive the same eight minutes over and over again in an attempt to foil a terrorist attack. Though the film has a lot of layers under the relatively simple premise, it’s definitely worth going into Source Code with as little information as possible, because the big reveal packs a real gut punch.

Okay, this isn’t necessarily the best movie ever, but it is an outrageous, and wild ride through the Bermuda Triangle by way of some out there paradox-centric science. Jess and her son embark on a yacht trip which ends up with them on an apparently haunted cruise liner. Then they realize that, spoiler alert, they’re actually in a spooky paradox that’s never explained. But it does lead to some strange and scary moments, including a gotta see it to believe it ending about time loops that was clearly written by someone who’s never heard of a time loop before.

What time paradox movies are your go-tos? Share your recommendations in the comments.

Stay in the world of sci-fi!

Movies
Everything We Know About the KNIVES OUT Sequel, GLASS ONION
Nerdist
4 MIN READ