DONATOR’s “Lover’s Leap” music video has arrived. And it’s here to burrow into your brain. The song’s upbeat tempo plays out over memorable, haunting imagery. Director Adam Murray, a producer for Nerdist, cites a few influences in creating the look and overall feel of the video. Midsommar is the most obvious—look at those flower crowns. But Murray also pulled inspiration from other 1970s English folk horror such as The Wicker Man and Blood on Satan’s Claw, some Italian horror, and season one of True Detective.

Murray started talking with DONATOR back in 2019 for a different song. One with an extremely different concept that involved tap dancing and mannequins coming to life. But then “Lover’s Leap” came along. Morgan Brandon and Nicholas Merrick make up DONATOR, a LA-based band that pairs bass guitar and synth engines. Brandon sent Murray “Lover’s Leap,” and Murray fell in love. “The chorus hit me as creepy, especially if you have them coming out of the mouth of a scary character,” he tells Nerdist. “We got really lucky with our filming location, and when I first saw all the ivy and flowers that were growing all over the place I almost immediately jumped to folk horror, specifically British folk horror as the visual inspiration.” 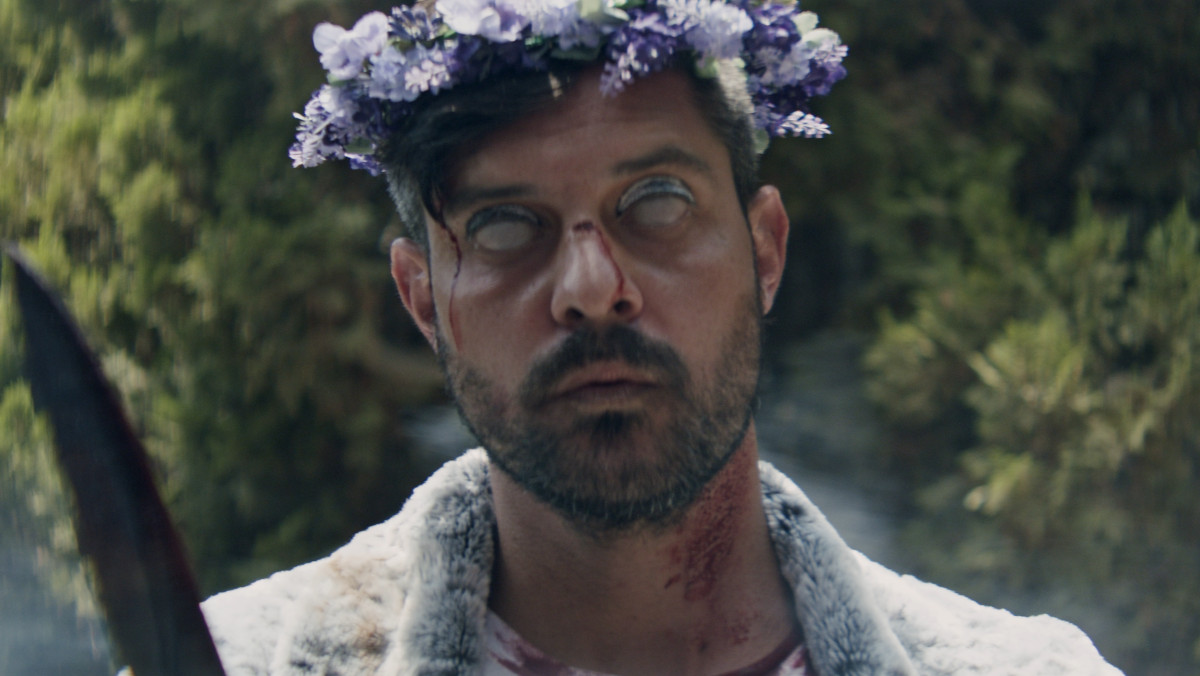 After storyboards and the idea for “Lover’s Leap” locked into place, Murray reached out to his friend Dave Child to star. Murray knew he wanted dancing to be a key part of the video, and Child is a skilled dancer. The dancing against the eerie folk horror vibes works so well.

On top of the video being intense, Murray and his team worked through some challenges. He says, “I really want to highlight our crew and cast because we put this together on a shoestring budget and filmed it during some of the hottest days of the year. Every member of our team is incredible.”

“Lover’s Leap” will be on DONATOR’s self-titled album, which drops on August 27.