For years now, Big Finish audio dramas have allowed Doctor Who fans to travel with their favorite Doctor long after they’ve left the show. They’ve provided listeners with countless hours of content from the Time Lord’s adventures, as well as those of their noteworthy companions, and even a few one-off standouts who have gotten fresh days in the sun. The audio serials have also allowed writers to dig deep into areas less explored on the show, like the Time War, the subject of a large selection of Big Finish dramas.

The audio series allows for other avenues of exploration as well. Big Finish dramas can bring fresh new writers into the world of Doctor Who storytelling, like Lizbeth Myles, longtime cohost of the Verity podcast who began penning Big Finish Doctor Who audios last year.

This month, the audio series will mark a milestone in trans representation for the series. It’s the next in a series of trans voices to be involved with the long-running show. Bethany Black appeared in the television series in the ninth season’s “Sleep No More” as Number 474, a synthetically created human laborer known as a Grunt. On the writing front, Lilah Sturges, Juno Dawson, and Niki Haringsma have written Doctor Who comics and novels.

Now, with the upcoming audio series “ Stranded,” part of Paul McGann’s Eighth Doctor Adventures, Doctor Who will introduce the first openly transgender character into the canonical narrative: Tania Bell, portrayed by British actress Rebecca Root. Root previously starred on the BBC comedy series Boy Meets Girl, making her the first trans actress to star in a sitcom. Nerdist spoke with her about her new role. 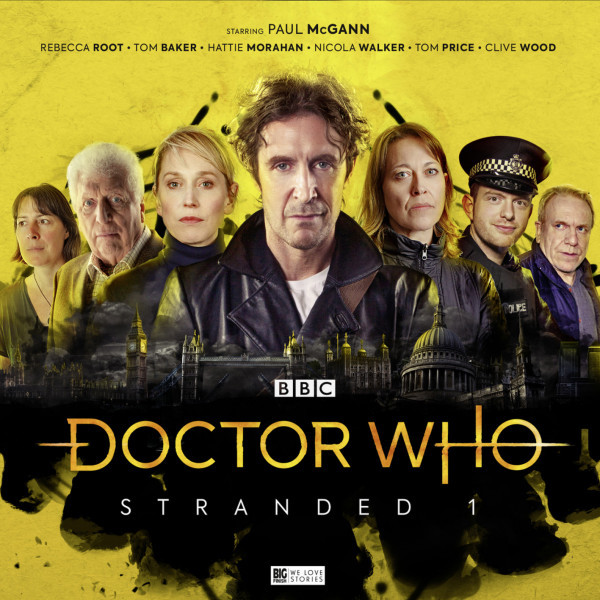 Nerdist: You’ve done a few different dramas already for Big Finish’s Doctor Who line, what’s your approach to acting for an audio-only format? How does it differ from your work as a screen actor?

Rebecca Root: Acting for audio really only differs in that you don’t have to learn your lines—something of a relief when life is super busy—and you don’t need to move about as much. Apart from that, I approach an audio role as I would any other. Certainly, I have to prepare my voice rigorously and do all the character homework I would do for any other character.

You were pretty highly praised for your performance as Sable in “Zaltys.” How does your character in “Stranded” differ from her?

RR: Was I? Thanks! Well, for a start, Sable was an alien, and Tania Bell is human…I would also say Sable was a bit of a badass, while Tania is much nicer. I hope that comes across!

“Stranded,” as its name implies, is an earthbound story. “Zaltys” was an alien world, and you were a Gallifreyan in the Time War series. If you had your pick your next Doctor Who setting, where would it be? Another alien world? The future, the past?

RR: I would love to see a story set in the distant future, in a different galaxy/universe, to see whether the human race got their crap together and survived being such idiots. Similarly, it would be fun to do something set in the past to see if you could influence humanity’s idiocy differently…

Your character in “Stranded,” Tania Bell, is the first trans companion for the Doctor in canonical Doctor Who. Does that influence your performance at all?

RR: Not really. She’s a person like all the other people I have played and hope to play in the future. She’s not perfect, but she’s not a mess, and certainly, I don’t think her gender identity has any influence on her behavior in the story.

What would it have meant for you as a kid to have had a character like Tania adventuring alongside the Doctor?

Is there any hope of Tania continuing to adventure with the Eighth Doctor after “Stranded”?

RR: I hope so, very much. Perhaps even in a spinoff too, somewhere along the line, somewhere in time…

Riley Silverman is a contributing writer for Nerdist. She can be found on Twitter and Instagram. Her comedy album Intimate Apparel is available in digital formats.