Doctor Who Fanfiction - What Makes It Great? - Nerdist

Doctor Who Fanfiction – What Makes It Great?

When Doctor Who fans say their fandom is “bigger on the inside,” it’s not just a clever way to refer to the mind-boggling interior dimensions of The Doctor’s TARDIS. Over the past 52 years, the iconic sci-fi series has expanded its reach far past television and into comics, audio plays, novels, and video games. These other forms of Doctor Who give fans a chance to experience new adventures with all incarnations of The Doctor that the time (and budget) constraints of TV cannot explore. As the show continues to thrive, fans are constantly taking to the Internet to let their creativity and headcanon run wild through fanfiction. Writing solid Doctor Who fanfiction can be a task (Doctor Who is a pretty epic show), but it’s not impossible. A few hours (or days) of digging through fanfic websites will to great material like Star Hopping.

This new fanfic, written by “PaleEmeraldNebula,” made its debut on the fanfic website Archive of Our Own back in June 2015 and piqued the interest of Rose/Tenth Doctor shippers. The story picks up immediately after the Tenth Doctor and Donna abandon Rose on Bad Wolf Bay with his Metacrisis doppelgänger. In the TV show, fans were hit in the feels when Ten wiped Donna’s memories to save her from being consumed by Time Lord knowledge. But, many fans have also wondered what life was like for Rose and the Metacrisis Doctor on parallel Earth. Would they fall in love? Will the Metacrisis Doctor ever step foot in a TARDIS again? Star Hopping (mostly) eschews the happily-ever-after dream in lieu of a fast-paced, gory, and occasionally NSFW storyline. Metacrisis and Rose find themselves thrust into an intergalactic adventure when they are kidnapped by the leader of the Imperial Confederacy of Magnus Pyoo. The new Doctor has to constantly figure out how to keep them alive while dealing the pressures of having a part-human body, no TARDIS, and a different Rose than the one he fell in love with while traveling. 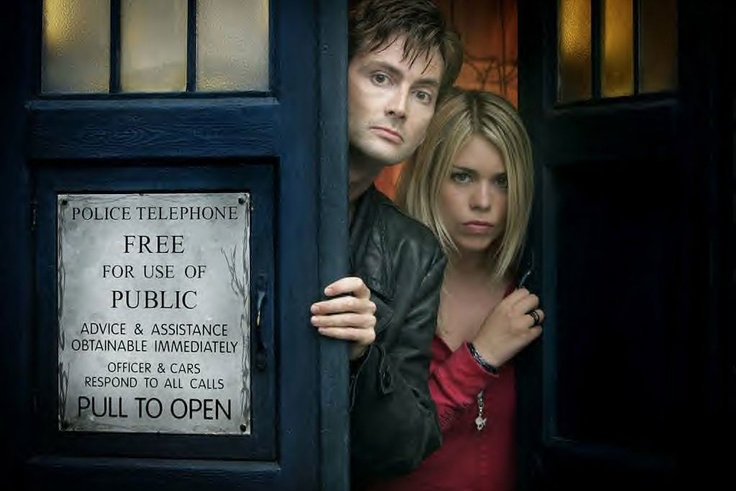 Star Hopping has all the elements of great Doctor Who fanfic. The story takes beloved characters and builds upon their known character traits to represent realistic character development. For example, Rose Tyler is still an outspoken woman who fiercely loves The Doctor, but her persona is more serious, intelligent, sexual, and “Doctorish” since her time at Torchwood. At one point, she shocks The Doctor by recognizing a species that he doesn’t know:

He raised an eyebrow. “A what?”

Rose faced him. “Bah’lik,” she repeated. “They’re sort of like the opposite of a Judoon. They can be friendly though.”

“Yeah, they might be. Haven’t seen them anywhere else.”

Impressed at how much Rose knew, the Doctor beamed. A small part of him felt indignant that he wasn’t the most knowledgeable person around. But a larger part of him was excited by the prospect.

Star Hopping mirrors the smart, snappy dialogue from the show and pays homage to past companions, like Ace and Sarah Jane, as well as episode plots. The saga, which is still in progress, carries an overall arch (like the series) concerning the number 50 as well as the possibility of dealing with another war.  The writer also brings a few fresh new villains to the table and opens the door into Rose and The Doctor’s thoughts. In general, great fanfic has an ingenious way of injecting original series elements into new dilemmas to create an entertaining plot.

Star Hopping sporadically plays into the popular fan theory that “extracurricular” activities were going down between Ten and Rose. The story pushes Ten/Rose shipping to an almost uncomfortable limit through innuendo and a couple of close interactions between the pair. While the idea is not original, Star Hopping does a fantastic job of addressing romantic tension without overshadowing the ongoing action. Fans of the PaleEmeraldNebula’s fanfic have praised her work and the writer’s rising popularity could lead to something more than Internet fame.

Fanfiction can be the springboard to build a legit career for writers. Author Phillip Purser-Hallard recently revealed via Twitter that his first paid commission was from this contribution to The Book of the War, a Faction Paradox universe based on the Doctor Who universe because of his Doctor Who fanfic.

Yes ~ I got my first paid commission, in The Book of the War, on the basis of my Doctor Who fanfic. https://t.co/WdKjpFBtbr

British author Jacqueline Rayner also began her career as a Whovian fanfic writer and eventually went on to do Doctor Who related work for Big Finish and Doctor Who Magazine. Paul Cornell, who started off writing fan fiction for a fanzine named Queen Bat, eventually wrote the award-winning Doctor Who novel Human Nature as well as audio plays and comics.

Star Hopping, as well as other great Whovian sagas, could be the beginnings of the next great Doctor Who showrunners and creative minds behind the scenes. But, even if they don’t take over the Whoniverse, they are still adding another interesting layer to the massive fandom.

Here’s How STRANGER THINGS 4 Will Divide Its Episodes