This Cardboard Death Star is No Moon - Nerdist

This Cardboard Death Star is No Moon

With a YouTube channel name like “Epic YouTube Props,” you hope it will live up to it… and it absolutely does. Professional steadicam operator and YouTuber Raphael re-created the second Death Star from The Return of the Jedi with just glue, paper, and old Amazon cardboard boxes.

The result, which we first saw on Laughing Squid, isn’t a technological terror at all, but an impressive (most impressive) sculpture. And best of all, he tells you how to make it yourself at home faster than Moff Jerjerrod. 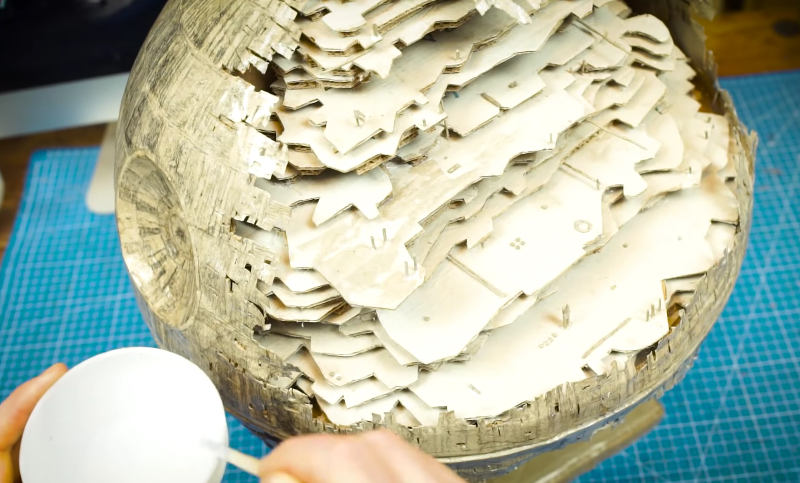 “I make mind-blowing props from movies using only some cardboard and a few tools that everyone has or can easily get hold of, and I show you how to make your own,” says the video description. Not only does Raphael provide a video how-to, there are also links to printable templates to get you started. You’ll be surprised at how easy he makes it look.

This isn’t the only Star Wars cardboard prop Raphael has created. The master of cardboard has also created a wearable Kylo Ren mask, a pose-able BB-8, and so much more. Take a look through his Star Wars playlist and get inspired to make your own! You’ll also find cardboard creations from some of your other sci-fi and fantasy movies on this fascinating and relaxing channel.

Seeing each glued piece slowly turn into the Death Star is mesmerizing. This detailed and easy to follow how-to makes us think we could actually do it ourselves.

If you could re-create a Star Wars prop out of cardboard, what would you make? A lightsaber? Ponda Baba’s arm? Tell us in the comments.