Disney's STAR WARS Hotel Will Put You in the Movie - Nerdist

Disney’s STAR WARS Hotel Will Put You in the Movie

Galaxy’s Edge is open for business in Anaheim, but it’s not the only Disney park set in the galaxy far, far away. The same park is set to open in Orlando’s Walt Disney World Resort this week–on Thursday, August 29–and we have to imagine it’ll be every bit as thrilling and immersive as its California counterpart. But Orlando has an even more exciting Star Wars-related venture on the horizon: a Disney hotel set in space. At the D23 Expo this weekend, we were treated to our first official details about the Mouse House’s Star Wars hotel, including a name and prices.

The resort is called Star Wars: Galactic Starcruiser, as it set aboard a ship called the Halcyon, which–in this fictional, in-universe setting–is owned by a company called Chandrila Star Line. If you’re familiar with Star Wars lore, you’ll recognize the name Chandrila; it’s the former capital of the New Republic, the home planet of Mon Mothma, and the birthplace of Ben Solo, a.k.a. Kylo Ren. 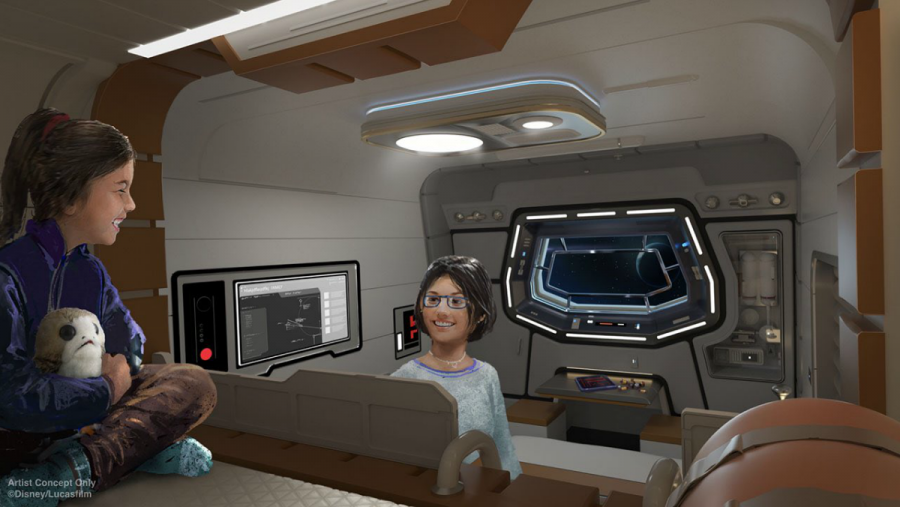 Bob Chapek, the chairman of Disney parks, described a typical stay aboard the Halcyon at D23. The two-night experience is fully immersive; participants board and depart the ship together, entering the lobby aboard a pod that takes them on a journey through the stars. Because the Halcyon is in space, visitors will only see simulated outer space through their windows, which sounds both awesome and kind of terrifying.

The Galactic Starcuiser isn’t just a place for sleep, however. It’s a built-in experience that impacts your trip to Galaxy’s Edge. The choices you make at the hotel influence the story of your overall experience, and could put you face-to-face with Kylo Ren and other characters. You’ll also get to participate in activities aboard the Halcyon, like lightsaber training. 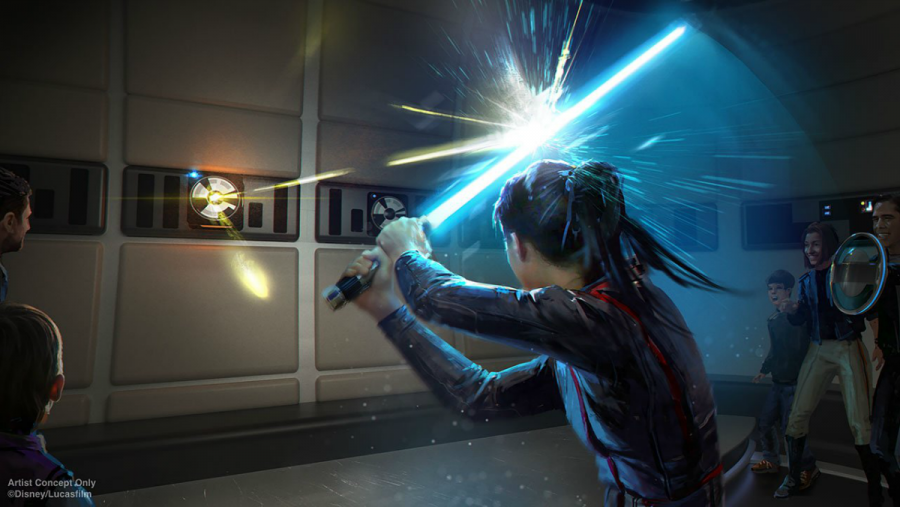 This all sounds super promising, but if you’re anxious to step aboard the Halcyon, it’s time to start saving. A cabin on the Starcruiser–which sleeps five– is rumored to start at $3,300. That’s $660 a person for a two-night stay. But for such an all-encompassing, immersive experience, that sounds pretty worth. When else can you tell folks you slept in outer space?

No official release date has been specified for Star Wars: Galactic Starcruiser, but we’ll keep you posted as updates become available.