Disney+ Cooking Show BE OUR CHEF Serves Up a Family Affair

A family trip to Disney can be a wonderful experience. However, it can also be a very stressful one for parents. At least when they visit Walt Disney World they don’t have to worry about cooking their kids dinner. Only now some of them will have something even more stressful to deal with. They’ll have to cook for judges, and also possibly everyone who visits the park. A new cooking competition from Disney+ will pit two families against each other in the kitchen. They’ll be tasked with making original dishes inspired by beloved Disney characters. And while the first trailer for Be Our Chef looks like the least relaxing vacation ever, it should be a lot of fun to watch. Plus, it offers a big time reward for its competitors. One family will see their original dish on a Disney menu in the park.

“Be Our Chef invites families from diverse backgrounds to join a positive and playful Disney-inspired cooking competition at Walt Disney World. In each episode, two families will participate in a themed challenge based on their family traditions and the magic of Disney. The finalists will apply what they have learned to create a dish that represents their family through a Disney lens. The winner’s magical food creation will become a signature dish or treat served at Walt Disney World.”

Angela Kinsey (The Office) hosts the upcoming new cooking show for Disney+. The culinary competition premieres on the streaming site this spring, on Friday, March 27. Each episode will see two families facing off, as they concoct totally original treats and dishes inspired by that week’s signature character.

The blog What’s On Disney Plus? says the show’s first episode is titled “Bibbidi Bobbidi Bon Appetit.” Any guesses which character THAT might refer too? No, it’s not Gus the Mouse. Gus is the best, but this is a food-related show after all. The only rodent allowed in a Disney kitchen is Remy. The Cinderella themed episode will see the Merrill and Robbins families taking classic comfort foods and transforming them into gourmet dishes that evoke the Disney princess with the missing glass slipper. 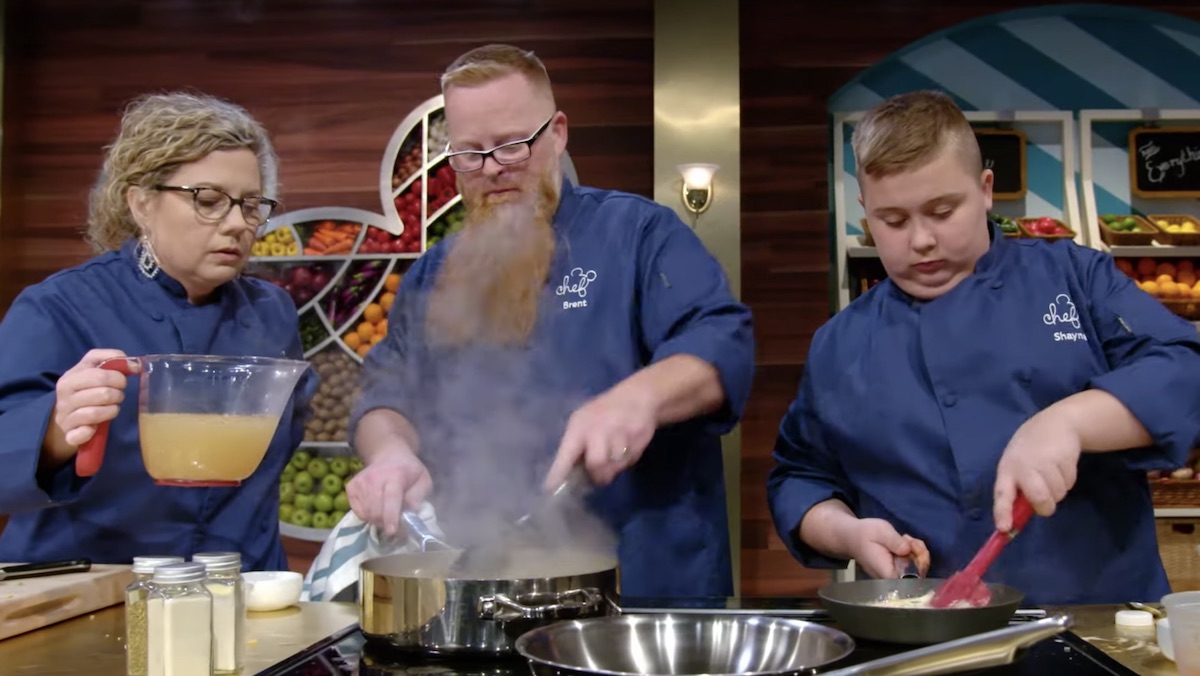 We don’t know which family will win. But the cooking clan that moves on will have a chance at the show’s grand prize. The two families who amass the most wins during the competition will head to the big finale. The one that takes home Be Our Chef‘s ultimate crown will see their very own original dish or treat served at Walt Disney World. The pressure cooker will be on to make a dish worthy of being served to people from all around the globe.

So much for a stress-free vacation to Walt Disney World. As though the long lines, busy crowds, and humidity wasn’t enough to worry about. Now some parents will also have to deal with pleasing judges while making sure their kids don’t accidentally cut themselves in the kitchen. That doesn’t sound magical to deal with, but it should be a lot of fun to watch.

TAGGED: Be Our Chef