Spy movies would have us believe there are super secret tunnels running deep underground all around the globe. This is obviously not true, but it sure would be fun it it were. There’s just something inherently cool about unseen paths. That’s where mysterious people with top secret plans engage in international espionage. Those shadowy walkways can also be used for transporting animated movies from one building to another. That might not sound as exciting as secret double agents engaging in nefarious plots for world domination. But this behind-the-scenes video of the underground halls at Walt Disney Studios in Burbank, California shows why any kind of secret tunnel is still completely fascinating.

Disney Parks has shared an old video from 2016 (which we first came across at io9) highlighting the setup of the animation buildings at the studio’s Burbank lot. Walt Disney Archives Director Becky Cline gave Disney Files Magazine editor Ryan March a history of how the lot has transformed since 1940. Originally it was much more open. But what hasn’t changed is the layout of the buildings. Executives and animators still work on one side of the street, with other buildings for inking and filming across the way.

Because art work needed to be transported between them for the different stages of the animation process, Disney built underground tunnels to connect the buildings. It keeps the art safe from the elements, especially wind and rain. Workers would push trolleys of animation cells to transport them. At least that’s what they would do when they weren’t messing around. 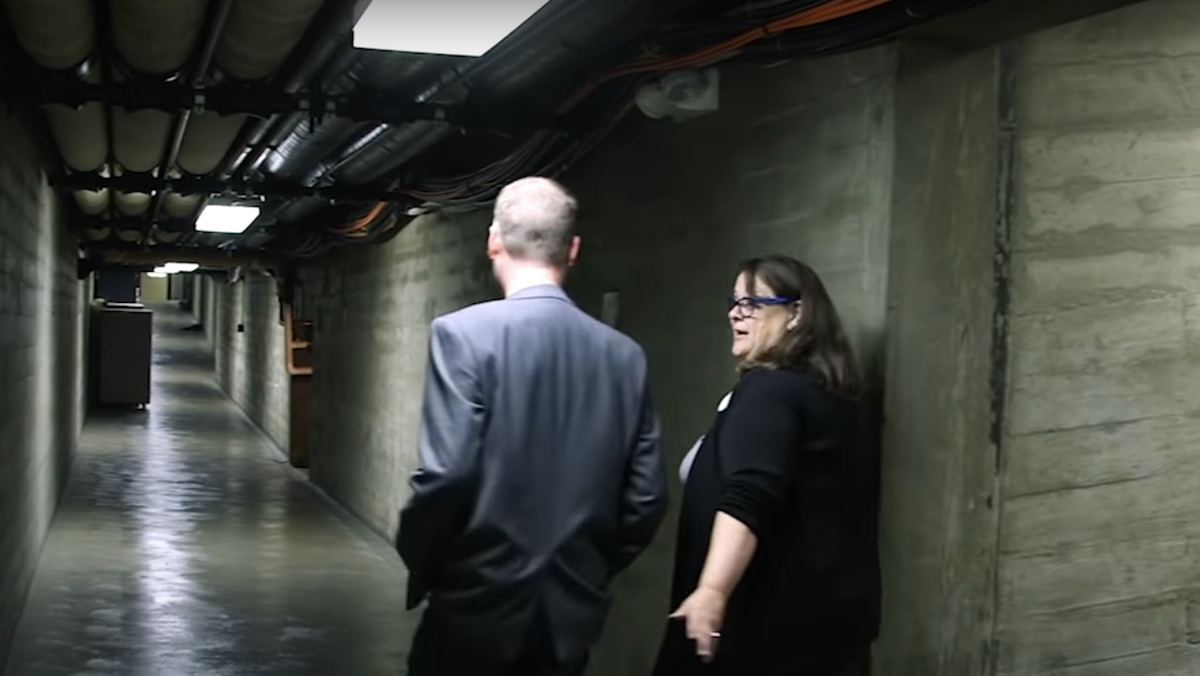 Animators would also slide down the tunnels’ steep paths by using excess slides. (Which would now be worth quite a bit of money!) They’d try to see how far they could go before they fell down. You know, real high-end professional stuff.

Okay, maybe not. But their silliness proves something—-you don’t need to be a spy to have fun in a secret tunnel.