Us nerds sure do love a good crossover. Whether it’s Justice League vs. Avengers or Luke Skywalker vs. Captain Picard, we eat it up. Now, thanks to Bored Panda, we’ve discovered an artist who takes his love of mash-ups to new heights. Artist Dino Tomic has a series of illustrations featuring several well known characters from pop culture, some fictional and some real people, each drawn in nine different animated styles. You can check out some of our favorites down below: 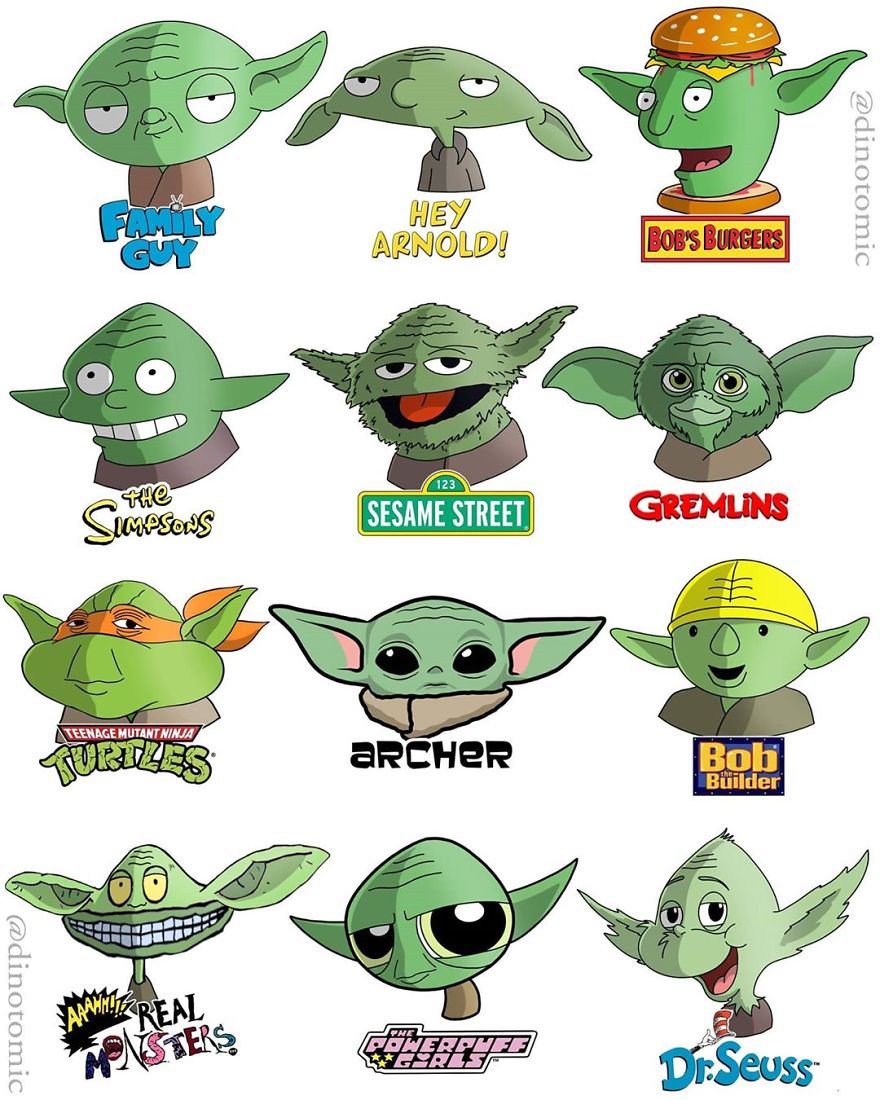 Master Yoda still manages to exudes hundreds of years of serenity, even as Bob the Builder. And we already know he’d kick everyone’s butt in sword fighting, so why not make him a Ninja Turtle? Plus, that Archer version of Yoda is actually Baby Yoda. 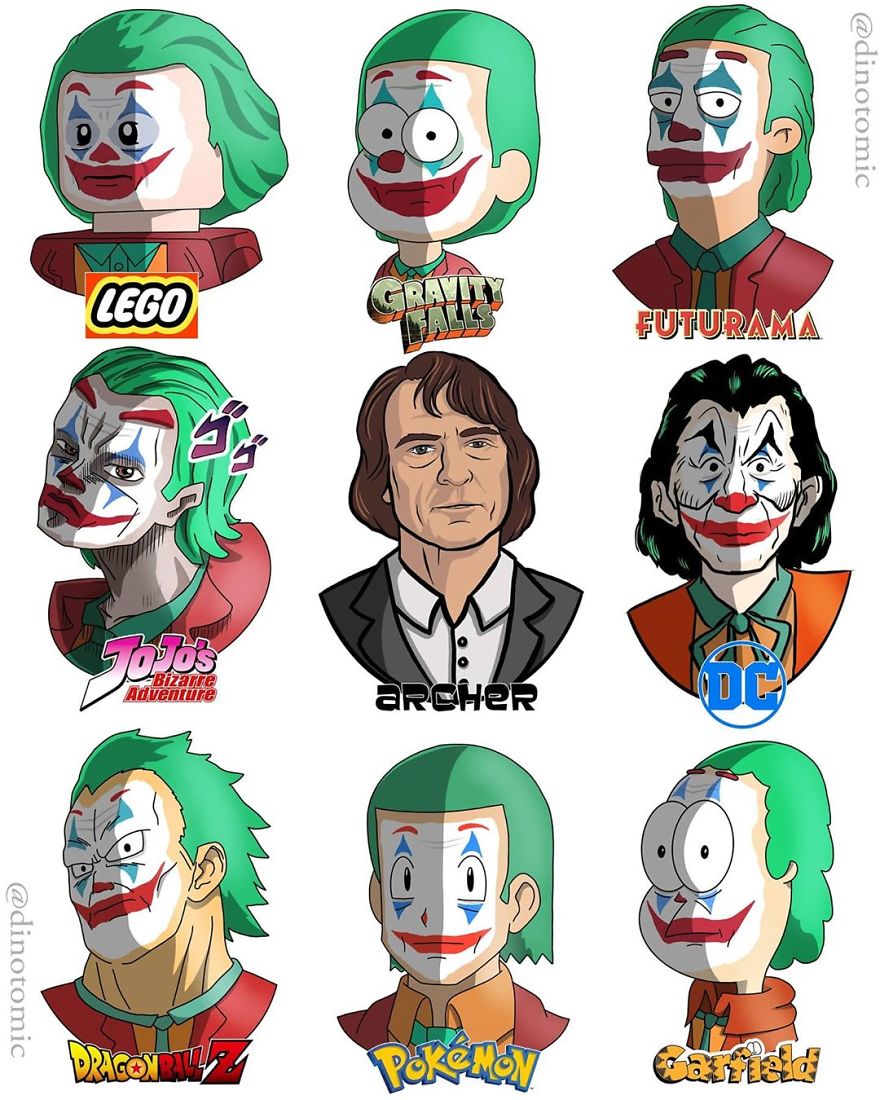 The fact that the Archer version of The Joker is just Joaquin Phoenix sans makeup seems like the right call. 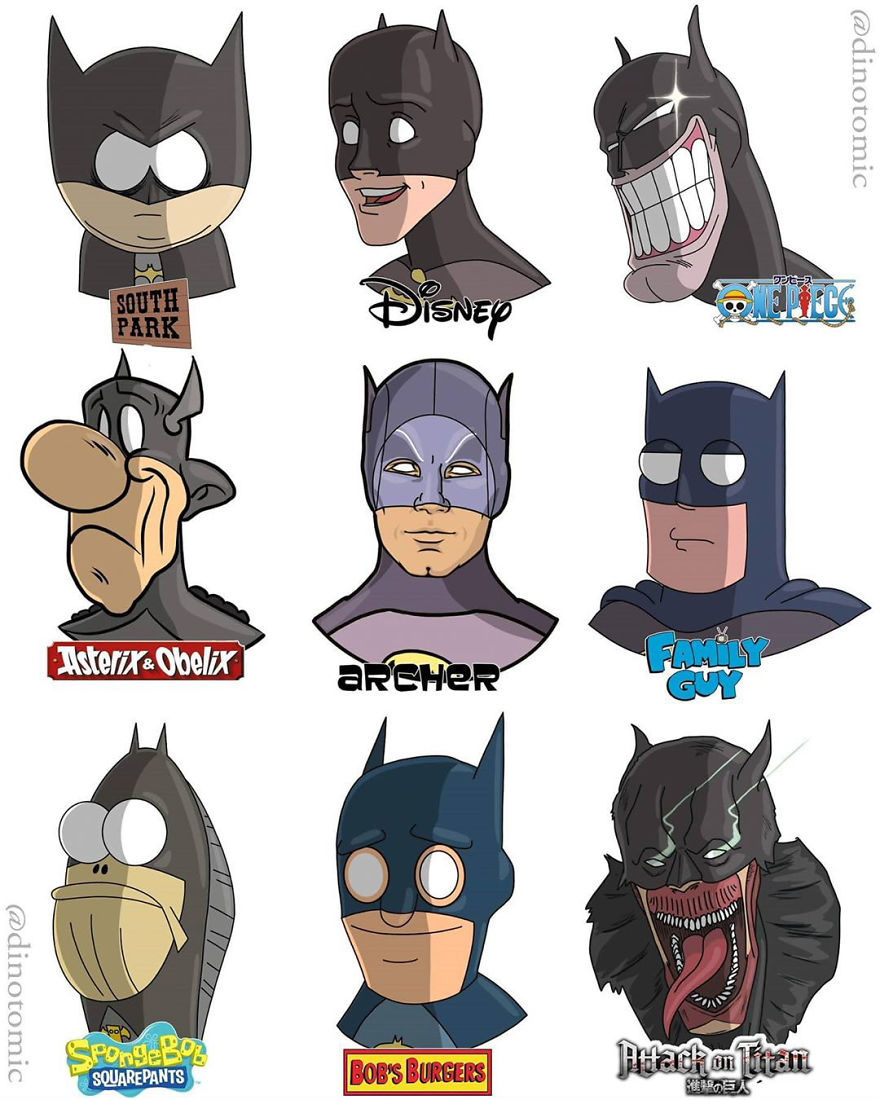 Speaking of Gotham City freaks, the Family Guy version of Batman is very Adam West. Which is appropriate, since we’re pretty sure any Batman that Seth McFarlane would have had on his show would have been played by the actual Adam West. 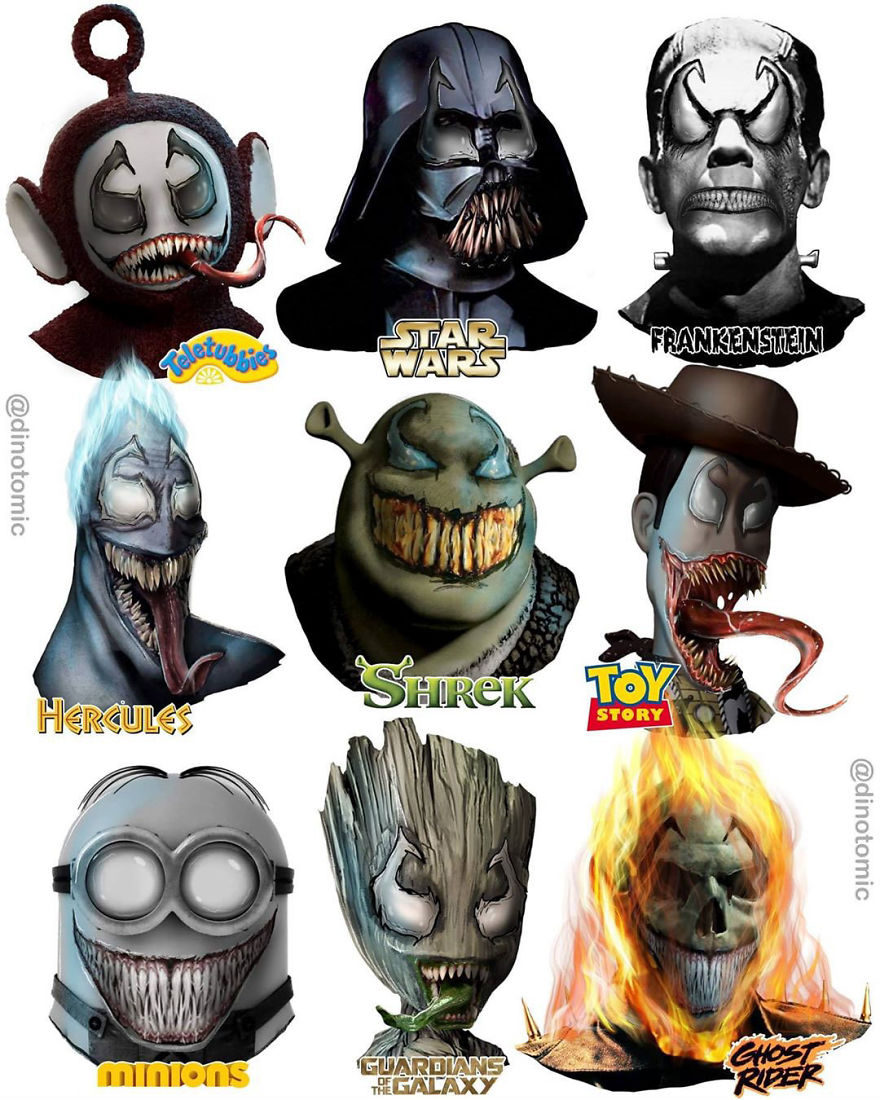 Is there an online petition we can sign to see that Venomized Teletubbie is made an official part of the Teletubbies canon?? 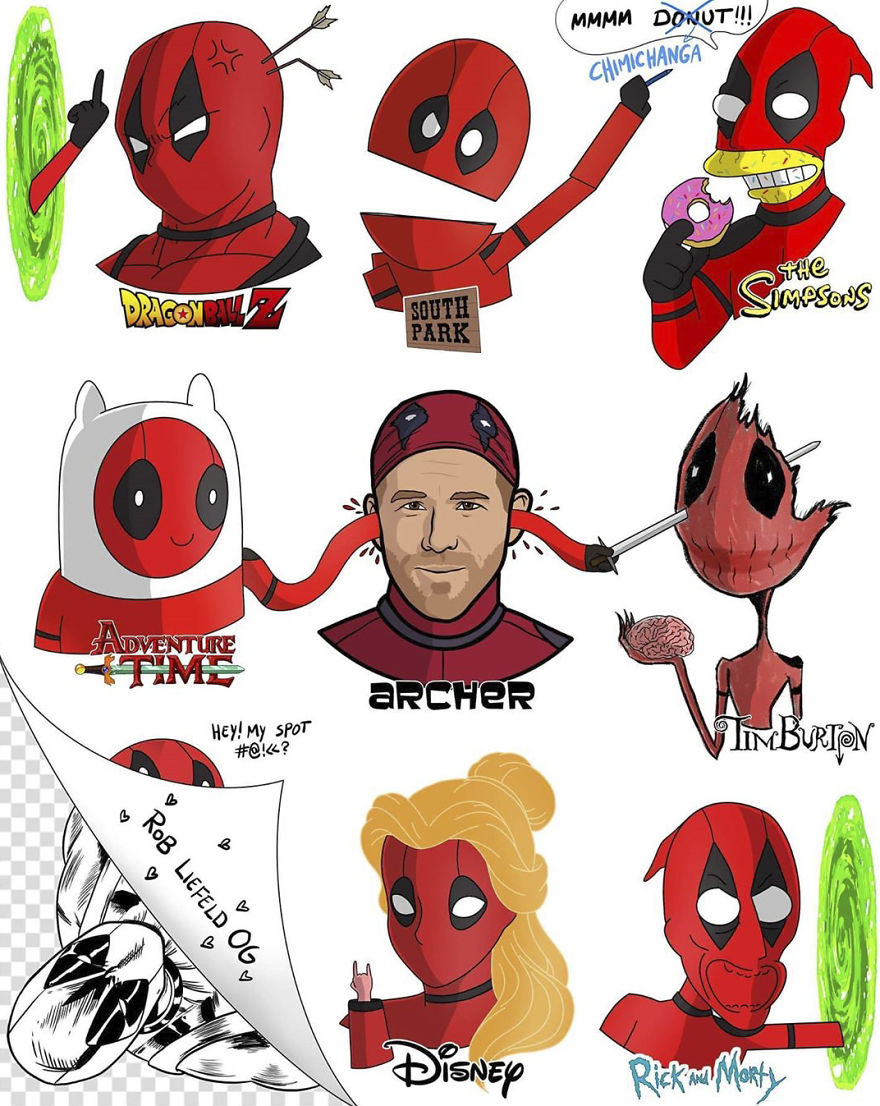 Given Ryan Reynold’s nationality, it’s only appropriate that the South Park version of Deadpool is clearly of Canadian origin. 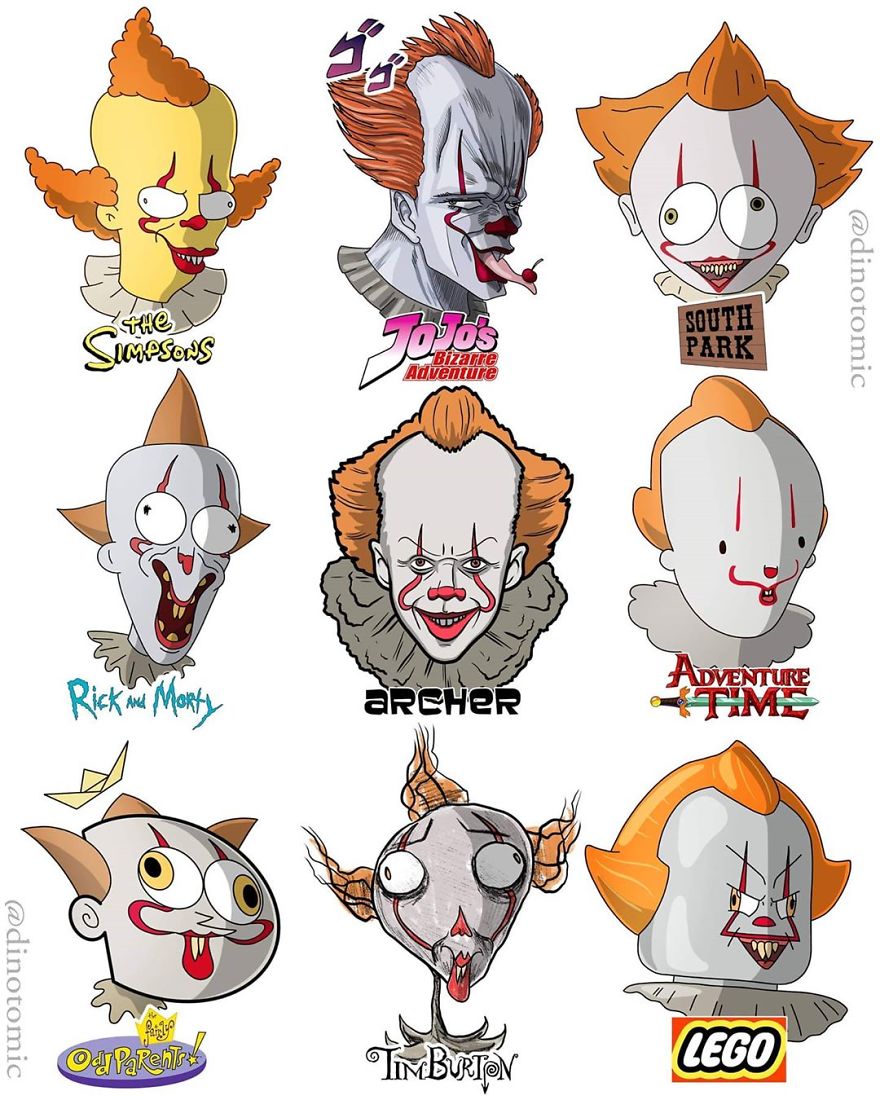 Somehow, the Tim Burton version of Pennywise the Clown is more nightmare inducing than the real one. 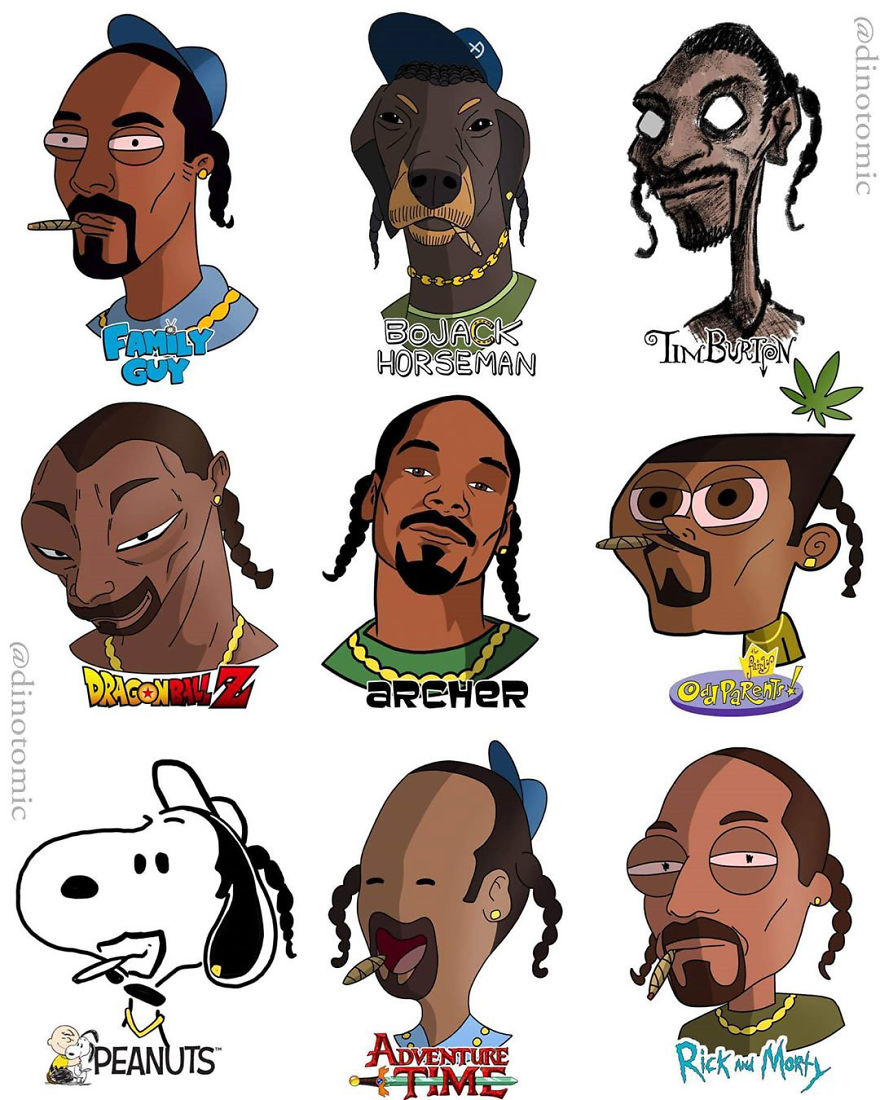 Points awarded for making the Peanuts version of Snoop Dogg just actually being Snoopy. It’s a no-brainer that somehow I haven’t seen done until now. 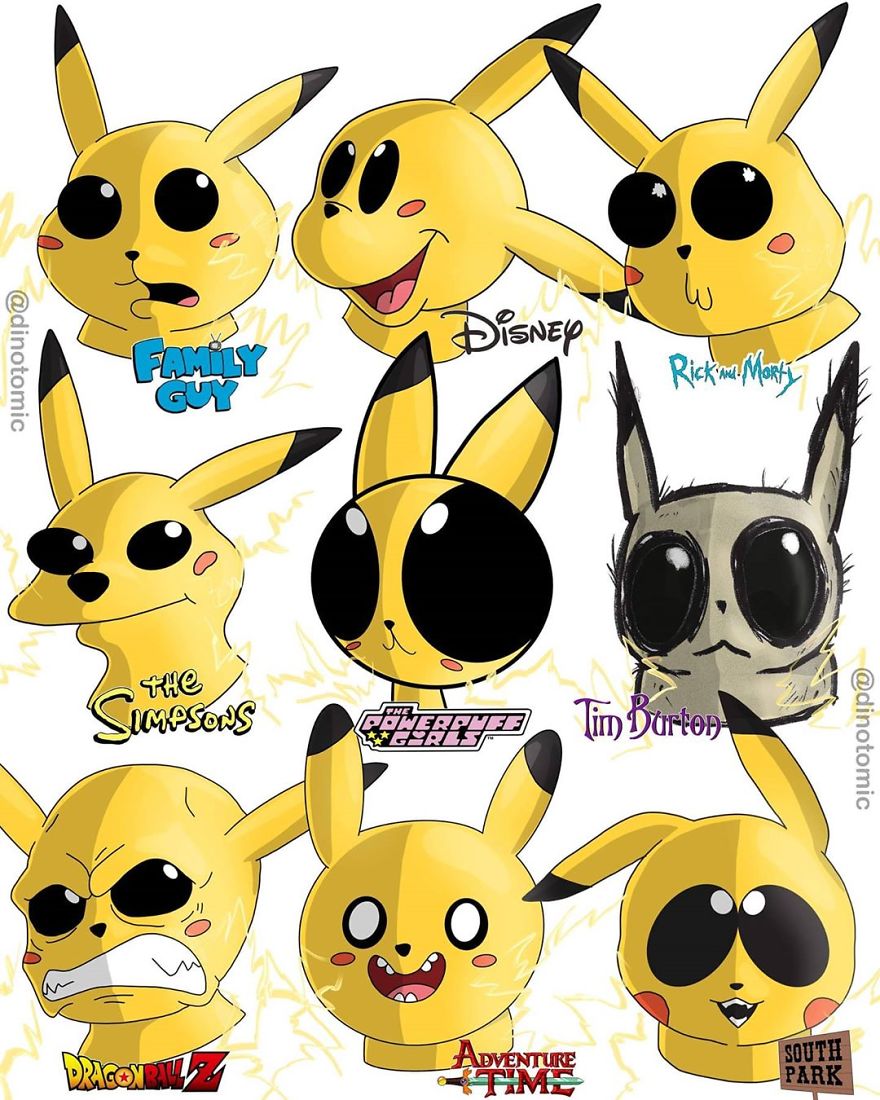 A Powerpuff Girls version of Pikachu would either be the girl’s greatest enemy or their greatest BFF. We can’t decide which.

There are several more just like this on Dino Tomic’s official website, where you can purchase prints now. Be sure to head on over there and check out all of his amazing work.