There’s really no need every December for us to debate whether or not Die Hard is a Christmas movie. (We already used “science” to definitely prove that yes, it is.) But now we have something else we can argue about: is Die Hard cake? Don’t worry; unlike in the case of the internet’s weird obsession earlier this year, no one is going to slice into your Blu-ray of the film. (Plus, this is actually fun.) A baker sculpted an incredible, delicious, edible bust of Bruce Willis’ John McClane. And we would welcome this cake to any party, pal.

Natalie Sideserf of Sideserf Cake Studio in Austin, Texas put together a tutorial video that is also part movie trivia. She walked us through the process of how she made a hyperrealistic cake of Die Hard‘s hero, all in the spirit of the season. By which we mean: the spirit of everyone arguing if Die Hard is one thing or another.

There’s no debating that this cake is absolutely amazing. Using a modeling chocolate base, Sideserf constructed a head of cake and butter cream to build from. She then shaped it and covered the entire dome with more modeling chocolate. That’s more than most of us can do. But that’s when the real artistry began, as she carefully sculpted Bruce Willis’s face and hair. Then she meticulously added all of the little details that make this tasty piece of art look like it will actually come to life and save the Nakatomi Plaza. 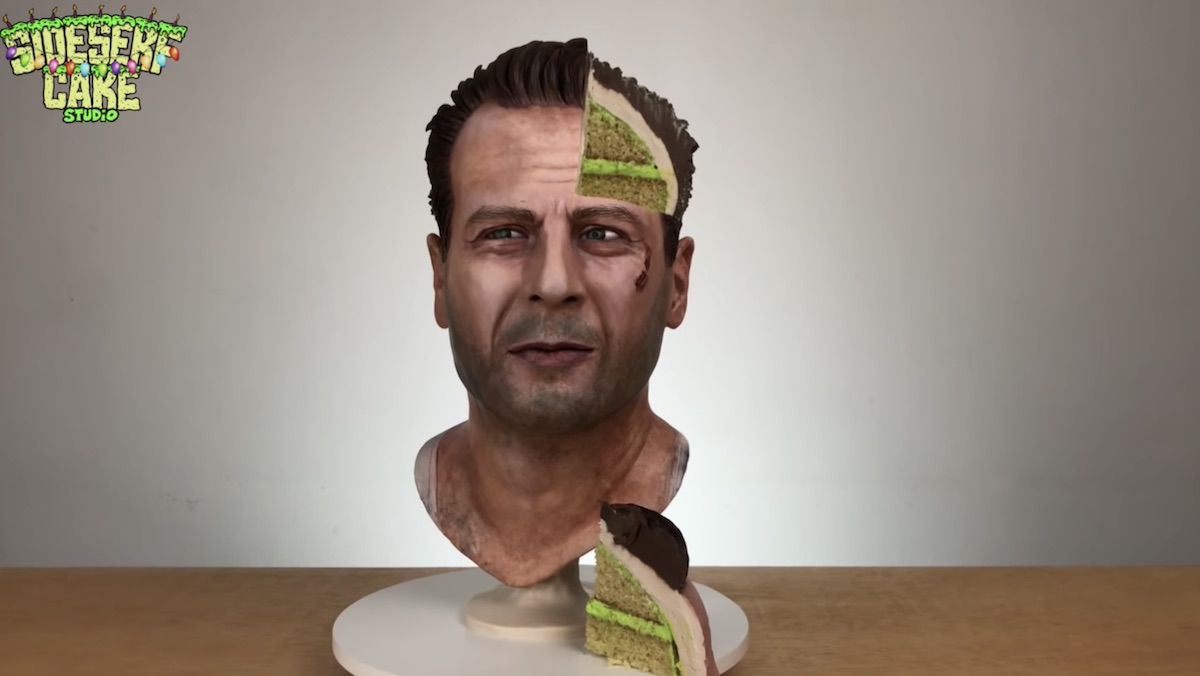 This bust looks so real we cringed when she first put the knife into it. John McClane can survive almost anything; but a knife in the head would be pretty tough even for him. Not to worry, though, because this really is just dessert. And the only thing we have to concern ourselves with is whether or not it qualifies as a Christmas cake.