Demi Adejuyigbe’s Final ‘September’ Video Is His Best Yet

January 1. July 4. October 31. December 25. These dates mean nothing to me now. Nothing. There’s only one holiday I care about anymore, and that’s the one that happens every 9/21. That’s when comedian Demi Adejuyigbe releases his latest video celebrating Earth, Wind & Fire‘s song “September.” Do you remember a time before these videos existed? I don’t. I also spend the entire year looking forward to it. And this year’s didn’t disappoint. It’s his best yet. Unfortunately this year this glorious day is also a bittersweet one. Because he says it’s also his last.

That is unless we can all raise enough money for charity to make him reconsider.

If you haven’t been watching Adejuyigbe’s increasingly complex videos every September 21 for the last six years I’m sorry. I feel like I have personally failed you. But at least you’re celebrating this installment with us today. It’s his greatest video. And the one with the highest production values by far.

It opens like a horror film, with the world’s worst Grease conversation being interrupted by the arrival of the big day. Just like he has to deal with people (like us) in real life, everyone in Adejuyigbe’s video turns to him when September 20 ends. What follows is an inescapable jaunt that feels like a Jamiroquai video combined with an aesthetic (and budget) from The Nice Guys. As the comedian dances his way around—and up the walls of—a bar, bathroom, and backyard pool. 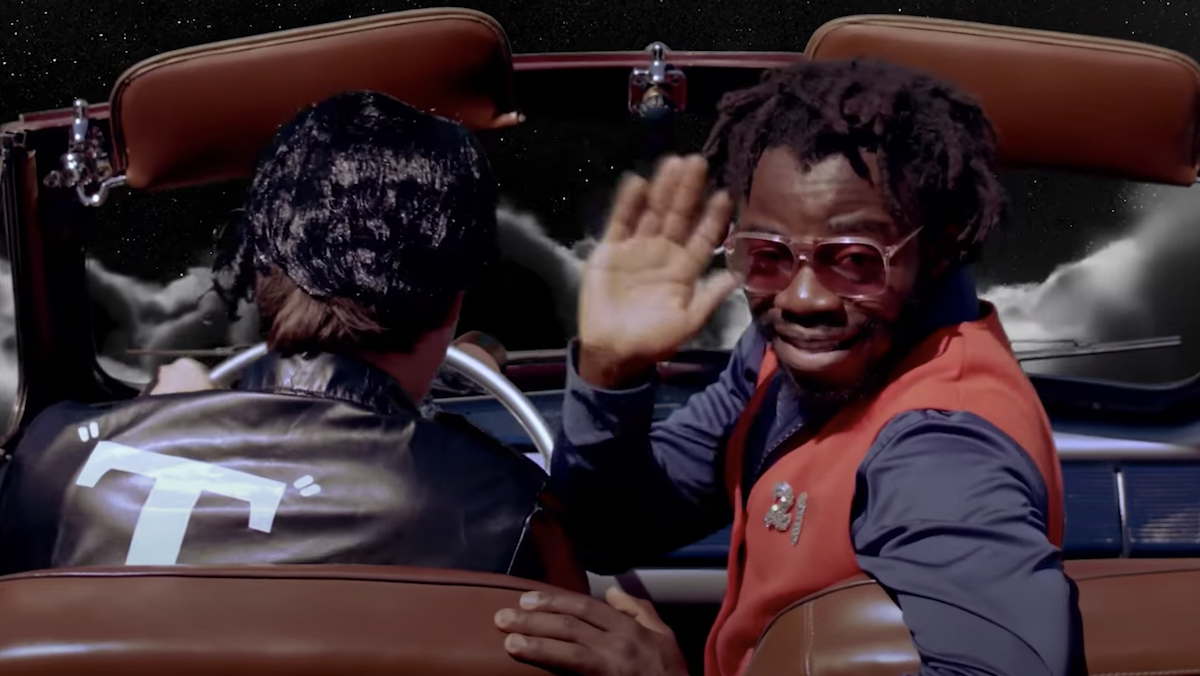 It’s everything I wanted from today and more. Unfortunately, the “more” includes the announcement this is the last time we’ll celebrate this holiday with him. He’s going out with a bang. That and a Danny Zuko and Sandy Olsson car ride into the heavens.

Obviously we must change his mind. And the only way we’ll likely do that is to raise so much money for the three charities he named at the end of this video that he feels he must return to do more good. So go here to donate. As we all should. Because September 21 is the best holiday. And the best way to celebrate is to give back, as a thank you to Demi Adejuyigbe for giving us something to look forward to all year.