In his time on this Earth, Prince went by many names and personas. Whenever he used his high-pitched voice in a song? That was “ Camille.” On the Love Symbol album, he was “ Victor.” And most famously, there was the period where he had no pronounceable name at all. But to most people, they will always think of him as “the Kid.” That’s the main character in his iconic role in Purple Rain. The purple coat, the motorcycle, he was almost like a superhero. And just like a superhero, he’s now immortalized in a 1:6 scale statue from Sideshow Collectibles. 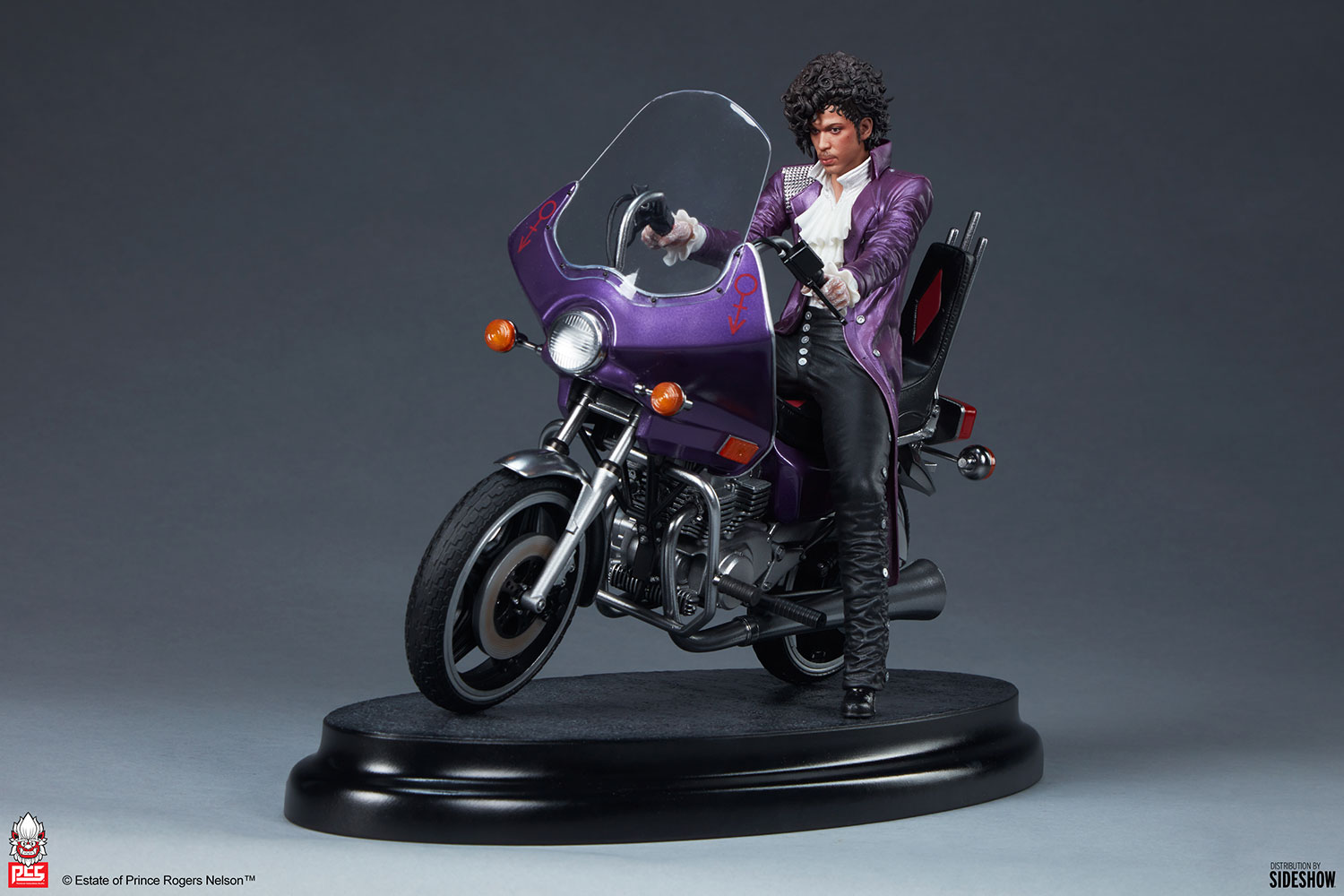 This fully sculpted and hand-painted 1:6 Scale Statue measures 10.5″ tall and 17.5″ wide. The Prince Tribute Statue comes with a discreet asphalt-effect base evoking a damp city street, presumably Minneapolis. But it puts all focus rightfully on Prince and his ride. This ultra-realistic statue embodies the flamboyant style and presence of His Royal Badness, the Purple One himself. 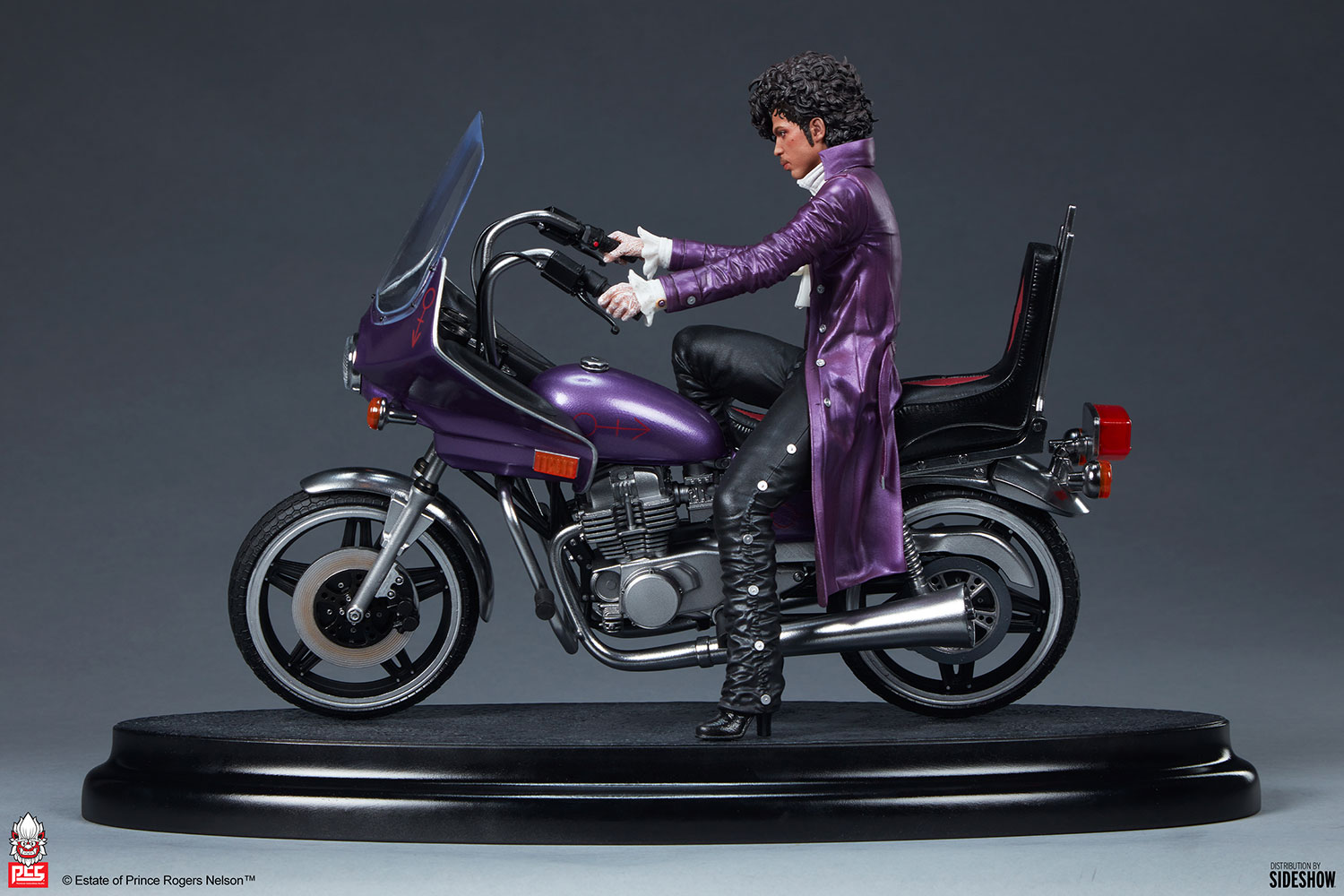 His purple jacket features a metallic shine and silver accents on the buttons and shoulder. The sleeves and long coattails have drapes and folds, giving the garment a realistic look. He wears a ruffled white blouse beneath, just like the “ When Doves Cry” video. There’s also a unique paint application emulating the look of lace gloves. And Prince never forgot to wear his high-heeled boots, which fully completes the look. It really looks just like the album cover for the soundtrack to Purple Rain. 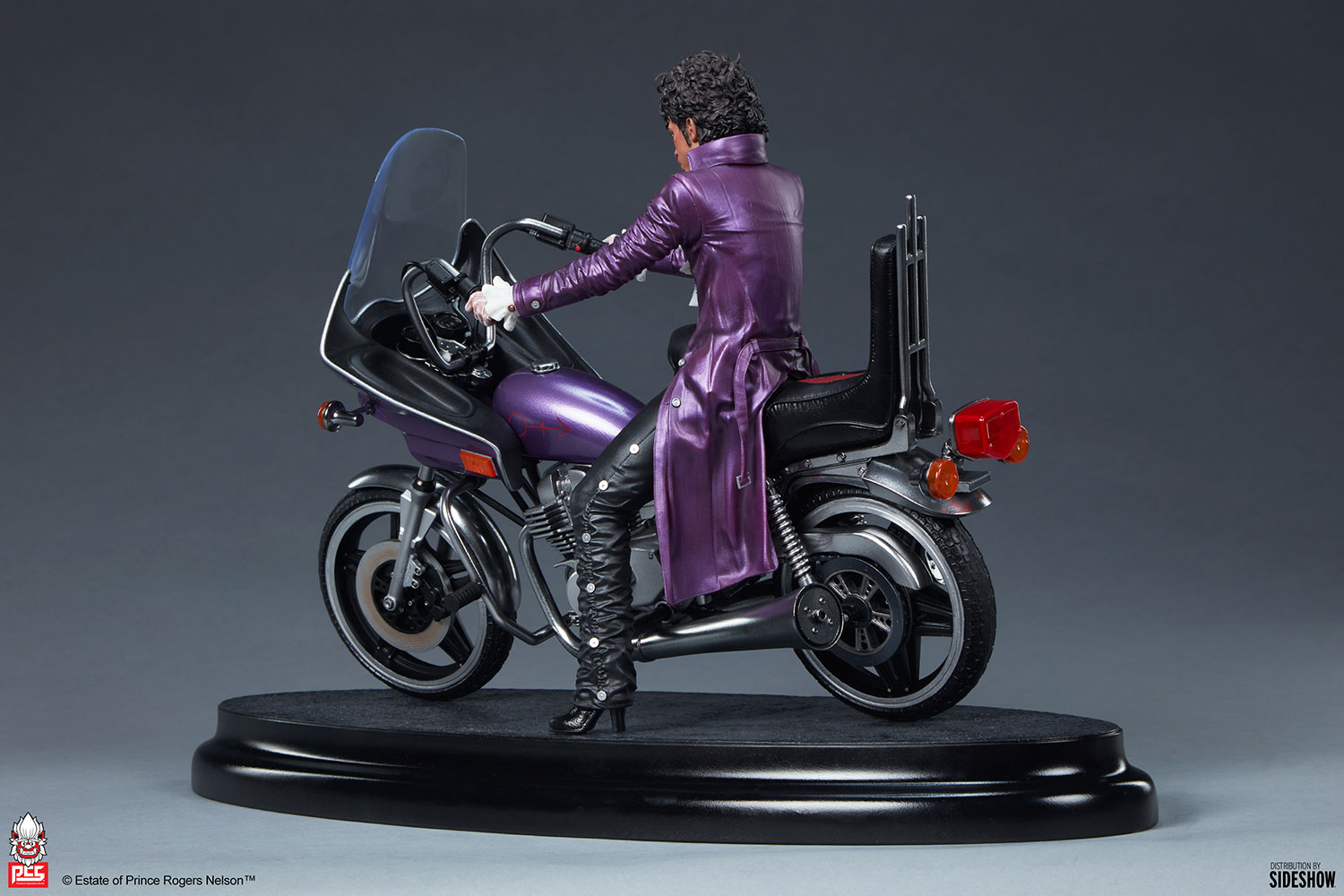 Sideshow also perfectly recreated Prince’s famous motorcycle in exact detail. Everything from the wheels, the engine, tire treads, and the fabric textures look screen-accurate. Even the metallic purple finish and red symbols throughout are spot-on. So if you want to “purify yourself in the waters of Lake Minnetonka,” as Prince said in the movie, you can pre-order this amazing statue now for $795 via the official Sideshow website. There, one can see even more photos of this deluxe collectible. We expect the Prince Tribute Statue to ship somewhere between December 2022 and February 2023.