How the DEADPOOL 2 PG-13 Cut Could Get Him Into the MCU! - Nerdist

How the DEADPOOL 2 PG-13 Cut Could Get Him Into the MCU!

The Disney and Fox merger is well on its way to becoming reality, which likely means many previously unusable Marvel characters are coming to the MCU. The X-Men and Fantastic Four may be due for a reboot with a fresh cast and a new approach. But what about Marvel’s Merc with a Mouth? Deadpool is still riding an incredible wave of popularity that’s currently unmatched by the X-Men or the FF. Obviously, there will be a place for Deadpool at the table. Today’s Nerdist News is looking at potential ways that the recently announcedÂ Deadpool 2 PG-13 cut may bring the titular antihero into the MCU fold.[brightcove video_id=”5844004886001″ brightcove_account_id=”3653334524001″ brightcove_player_id=”rJs2ZD8x”]Join guest host Amy Vorpahl as she makes the case that the new family friendly version of Deadpool 2 could be the game changer that allows him into “a much bigger universe,” as Nick Fury used to say. It’s pretty likely Disney and Marvel will want to retain Ryan Reynolds as Deadpool, since he’s been the driving force behind the first two blockbuster films. That’s where the PG-13 cut comes in, and it may re-contextualize everything we knew about Deadpool. 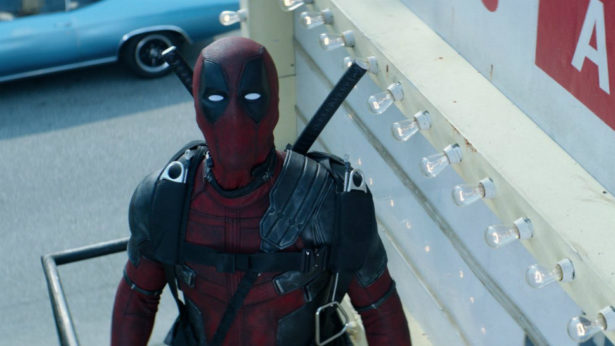 Thus far, the only image we’ve seen from the PG-13 cut appears to be Deadpool reading a bedtime story to actor Fred Savage, in a clear homage to The Princess Bride. Even on a good day, Deadpool is a fairly unreliable narrator. Any incongruity between the PG-13 version of this film and the X-Men movies that will follow could simply be chalked up to Deadpool bending the truth as only he can.This may also be a test case to see how audiences respond to a less extreme Deadpool. It’s not a new movie, so it probably isn’t realistic to expect fans to react as if it’s a new Deadpool flick. But if this cut does appeal to a broader audience then perhaps Marvel and Disney will be more comfortable releasing Deadpool 3 as a PG-13 film set firmly in the MCU.Do you think the Deadpool 2 PG-13 cut could be a way to sneak Deadpool into the MCU? Let’s discuss in the comment section below!

Marvel
Go Behind the Scenes of THOR: LOVE AND THUNDER with These Silly and Perfect Photos
Amy Ratcliffe
3 MIN READ
SEE MORE