What secrets do the mists of Ravenloft hide? The players of Tales From the Mists, an official Dungeons & Dragons livestream, explore that question under the guidance of Dungeon Master TK Johnson every Friday night on Twitch.

Lysa Penrose is part of the main cast and the showrunner for Tales From the Mists. She tells Geek & Sundry that the campaign and livestream all started with a love for Ravenloft. “TK is a brilliant horror writer,” she says, “and they knew Ravenloft was my favorite setting hands down and mentioned starting a gothic horror game on a whim. Mentioning ideas to me is dangerous, because I will run with them. We gathered some of the most beloved and creative humans we’ve met through D&D.” 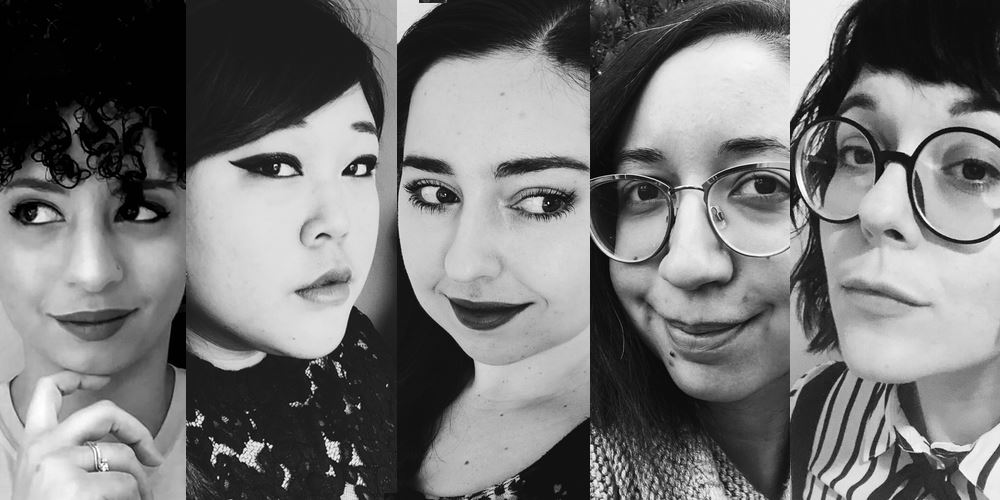 “We dreamed up a list of champions of the D&D community we wished were center stage on official D&D’s platforms,” Lysa continues. “I sent in a pitch to the D&D team that was equal parts about telling a story and celebrating the community (complete with ambiance music for reading the pitch), and it must have pleased the dark powers.”

Tales From the Mists opens in the city of Harmonia in Kartakass. Each character calls different domains of Ravenloft home, TK and Lysa tell us. “[These] natives of Ravenloft decide to take their destinies into their own hands, and, in doing so, light a spark of revolution through the Domains of Dread,” says TK. “Essentially, our heroes have decided that they’ve had quite enough of Darklords and monsters of the night and leave home to put an end to the tyrannical rule of the Demiplane’s most powerful rulers.” 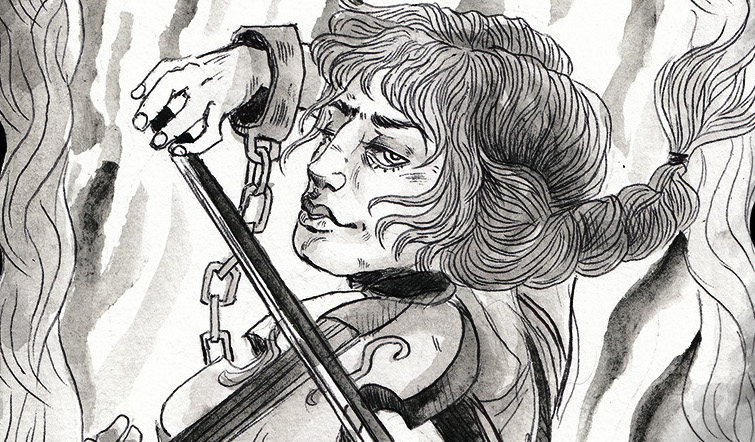 Lysa loves the setting, she says, especially since her first D&D experiences happened in Ravenloft. “In a gothic horror world, heroes truly shine… and fall,” she says. “In that bleak world, you constantly are faced with moral choices, which also means character development. It’s perfect for telling a story on screen.”

Hadeel is a newcomer to Ravenloft, but not new to D&D livestreams; she played in Holly Conrad’s Trapped in the Birdcage in the setting of Planescape. “Ravenloft and Planescape are a little similar in that they have this very Victorian feel to them, but in different ways,” she says. “I love them both equally, but for different reasons… Ravenloft has an almost Bronte feel to it. Everything is dark and moody, the crime is a little more white neck ruff.”

Ashley took the history of both Ravenloft and the real world  into account while creating her character. “I worked closely with TK when coming up with the portrayal of my Vistana, Constantina Avshalomov,” she says. “The Vistani are based off of the real-world Romani people, and that hasn’t always been handled as sensitively as it should have been. I didn’t feel comfortable representing a culture that I didn’t share, nor did I want to perpetuate negative stereotypes, so I decided instead to make my Vistani clan based on my own Russian-Jewish heritage (Avshalomov is a familial name).” 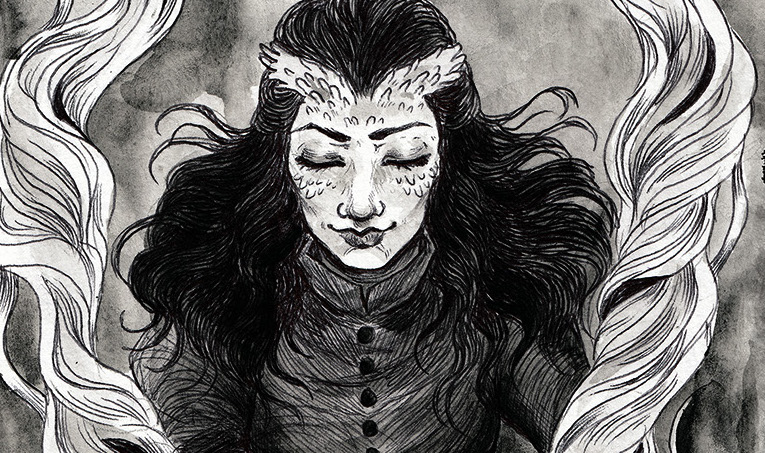 Kayla Cline: Vasily, abyssal tiefling – She is a transmutation wizard with a specialization in alchemy. She wasn’t born a tiefling, so her past hides secrets of her own.

Lysa Penrose: Mercy, tiefling storm sorceress – A tragic past granted her Grave Sight, but she remains idealistic. Mercy is a character that Lysa has played before and Tales From the Mists features a younger version of her.

Hadeel al-Massari: Vargis, half-elf warlock – That’s all the information you get about this man of mystery, but you should know he’s always the most handsome person in the room.

Ashley Warren: Constantina, Vistana bard from Barvoia – She’s a member of the College of Whispers who can be reckless in pursuit of her goals. “Constantina is a klezmer bard and her culture, language, and musical talent are inspired by Ashkenazi traditions, which I celebrate and cherish,” Ashley says.

Tales From the Mists isn’t about jump scares, but there is a subtle and intimate horror to the setting, says Lysa. “We owe so much of the atmosphere to Kayla Cline’s art and TK Johnson’s Dungeon Master style. TK is a calm and composed DM, which means the cast is always a bit on edge that a mysterious ‘something’ is lurking.”

“With Tales from the Mists, I tried to emulate the stark style of the old Ravenloft campaign books,” Kayla says. “I implemented only black and white inking with heavy shadows and heavy detail to evoke a gothic and somber vibe. I researched a lot of book interior artwork to influence what I was doing for both the style and the way the characters pose themselves in their portraits.”

With a horror setting, it was important to TK that the players feel comfortable in the game and have a system they adapted from fellow role-player Kienna Shaw to signal if things are getting too intense. “We use the X/N/O (treated as red/green/yellow) consent system, where I check in regularly behind the scenes to ensure the group is doing all right,” they say. “I ask them in after-show cooldown meetings if there were any issues and I give them content warnings in pre-show chats.”

TK can immediately shift the scene if a player indicates they’re uncomfortable, and suggests almost every Dungeon Master shouldn’t hesitate to do the same. “For DMs at home, speak with your players and assure them that the ‘flow’ or ‘atmosphere’ is secondary to their safety,” they say. “Always.”

Tune In to the Tales

You can catch Tales From the Mists every Friday night at 6 PM Pacific on the D&D Twitch channel. “I hope viewers get to see that the Domains of Dread are so much bigger than just the shadowed halls of Barovia, that horror can be told in a mindful and compassionate way, and how great stories turn out with whole-hearted collaboration between DM and the other players,” says TK.

Lysa agrees. “I hope people realize how vibrant, diverse, creative, and talented the D&D community is. I adore all of our guest players, and I hope viewers do too.”