9 Gifts for the DC Comics Fan in Your Life

Believe it or not, the holidays will soon be upon us, which means that it’s time to start shopping for the best geeky gifts you can find, even if those geeky gifts are ones you might be giving yourself (you know who you are). And this year, the folks at DC Collectibles and Warner Bros. have some very cool items featuring the heroes of Metropolis, Gotham City, Themyscira, and Atlantis, and some are even specially themed to the Christmas season! You can check out all the DC Comics-themed items down below. Let’s hope Santa brings them to you, instead of a lump of Kyrptonite in your stocking!

The first items on this guide are tailor-made for the holiday season, as the Gotham City Sirens, along with Batgirl, are arriving in special Christmas-colored variant edition statues. This new version of the DC Artists Alley series features Catwoman, Harley Quinn, Poison Ivy, and Batgirl, all designed by artist Sho Murase and sculpted by Sam Greenwell. The 7″ vinyl statue are set to arrive by December, and are priced at $40.00 each. 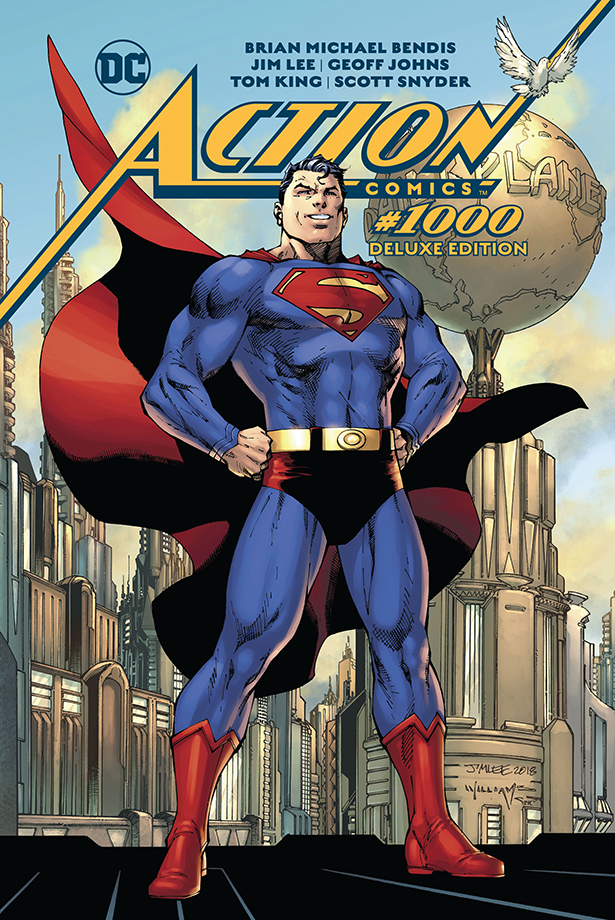 In 2018, the Man of Steel turned 80 years oldÂ and his flagship series Action Comics became the first comic book series to hit 1000 issues. Now, the Deluxe Hardcover Edition Action Comics: 80 Years Of SupermanÂ is available for the Kal-El fan in your life. The book includesÂ all the variant covers, design sketches by Jim Lee, scripts for the stories, and so much more, and all for just $19.99.Â 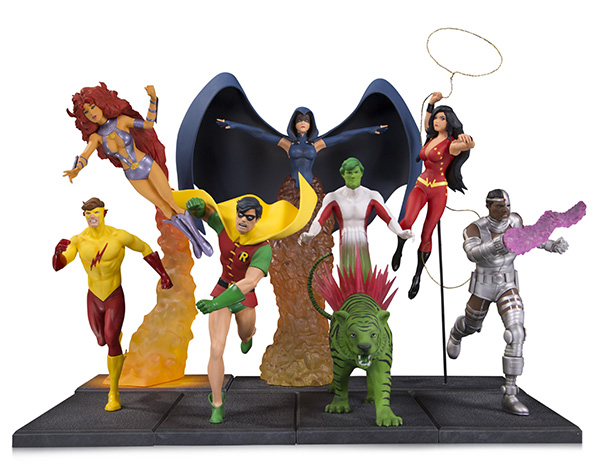 The Teen Titans also had a big year in 2018, with the animated family film Teen Titans Go to the Movies hitting theaters, and the far more adult Titans series hitting the DC Universe streaming service. But none of those would have been possible without the breakthrough success of The New Teen TitansÂ comic book decades ago. Now, Titans fans can celebrate the iconic George Perez cover to New Teen Titans #1 with this multi-part statue series, which features sevenÂ 6″ poly-resin statues sculpted by Joe Mena, each limited to 5,000 pieces. Each statue will set you back $80.Â 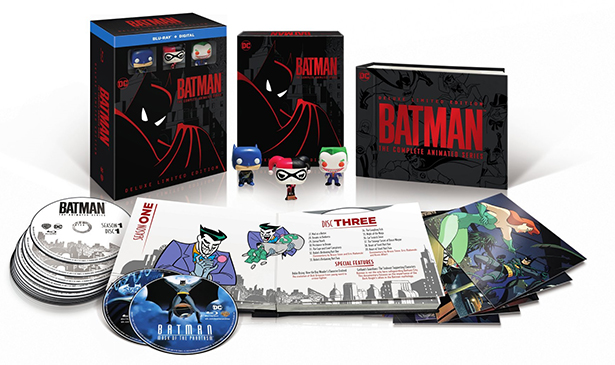 Fans have been waiting for years, but now Batman: The Animated Series is finally here in glorious high definition. All 109 episodes of the classic animated series that changed animation, plus the movies Mask of the PhantasmÂ and Sub-Zero, loads of new special features, and three Funko Pop! minis. What more could anyone ask for? You can own the package for $99. 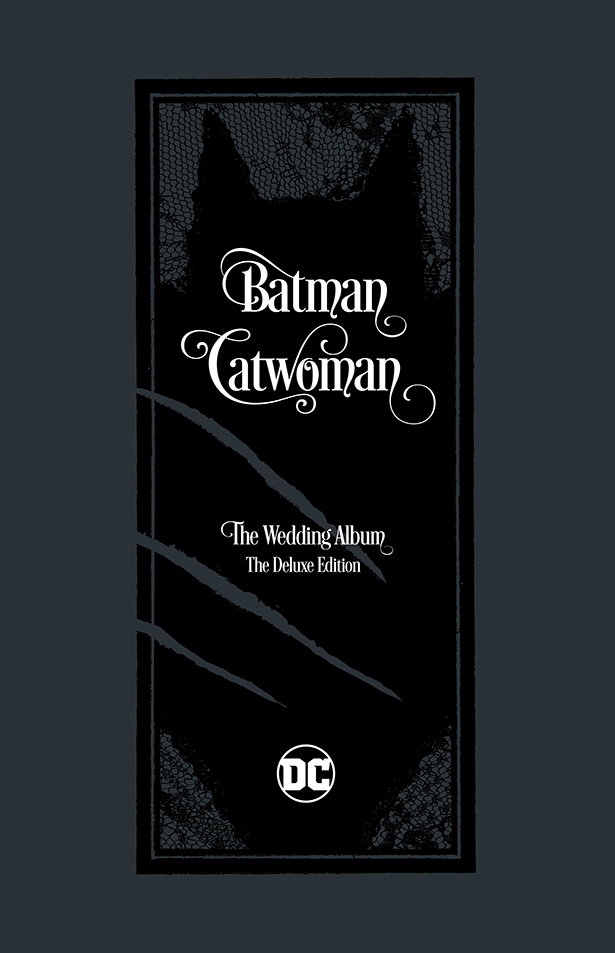 Speaking of the Dark Knight, this year marked the nuptials of Batman and Catwoman… well, almost.Â  Batman/Catwoman: The Wedding Album – The Deluxe EditionÂ commemorates the historic Gotham wedding saga with a collection ofÂ Batman #24, #44, and #50, as well as behind-the-scenes design sketches, variant covers, and scripts. The packageÂ comes in at $17.99. 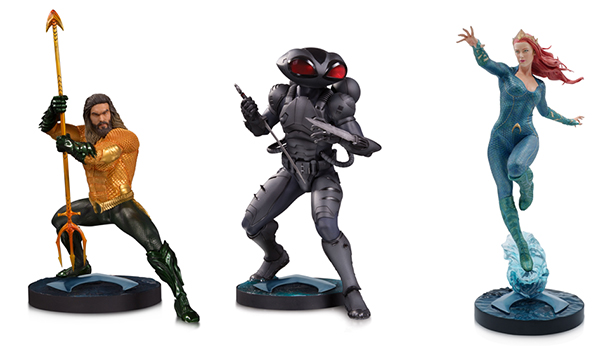 Of course, the big DC event of this year is happening around Christmas, when Aquaman hits theaters. To celebrate King Arthur’s solo movie debut, DC Collectibles is putting out threeÂ  deluxe 12″ polyresin statues of Jason Momoa’sÂ  Aquaman, along with Amber Heard’s Mera, andÂ Â Yahya Abdul-Mateen II as Black Manta. These three amazing statues are $165 each, and should be ready to ship by Christmas.Â 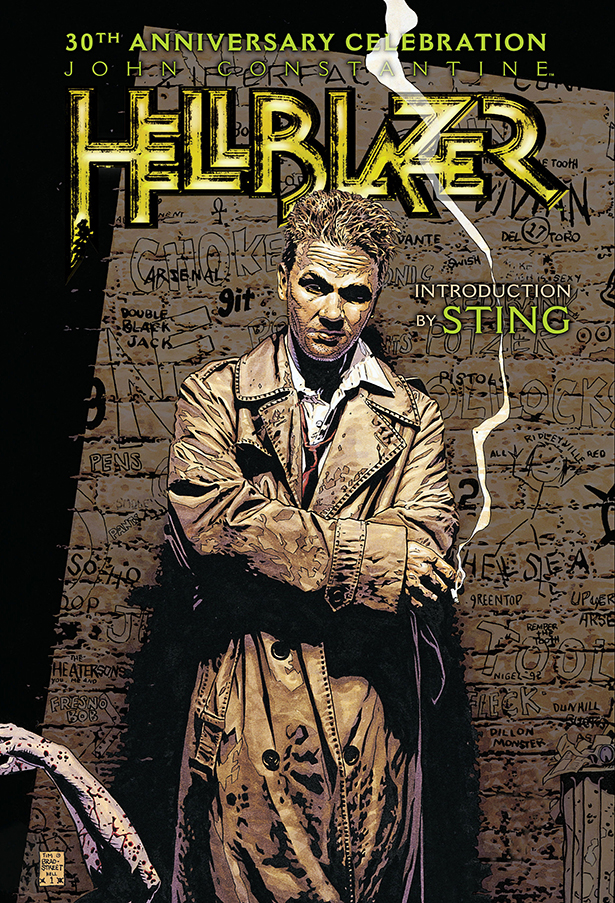 John Constantine fans were sad when his show got canceled, but now the character lives on as part of the Legends of Tomorrow. But fans of the character can also now go back to the beginning, with DC’s new John Constantine: Hellblazer 30th Anniversary Collection, which features the character’sÂ most memorable tales. This collection features theÂ first-ever complete timeline of Constantineâ€™s life up through his long-running series, plus a new introduction by Sting, whose appearance inspired the creation of Constantine. At $39.99, you won’t have to sell your soul to get this one.Â 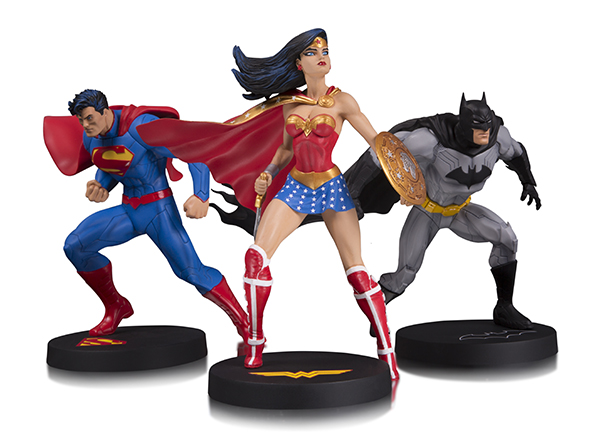 The heroes of the DC Trinity come together in one single package for the very first time, with new limited edition 7″ scale DC Designer series statues which feature the big threeâ€” Superman, Batman, and Wonder Womanâ€”together in one amazing 3-pack and representing some of the most iconic designs from comics legend Jim Lee. For $175, you can proudly display the core of the Justice League on your shelf.Â 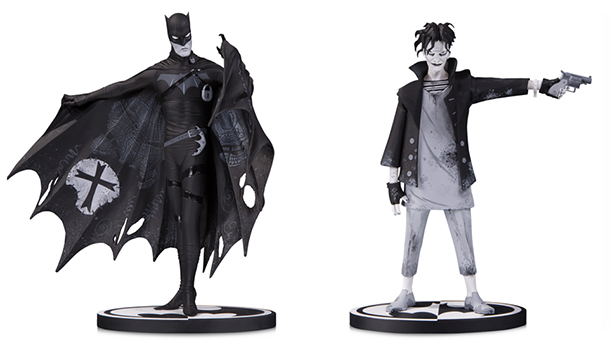 Finally, the Batman: Black and White statue series is getting new additions thanks to rock star/comic book writerÂ Gerard Way, with both Batman and the JokerÂ  brought to three dimensions by master sculptor Jonathan Mathews. This noir-ishÂ  7″ statues are limited to just 5,000 pieces and include the series signature Batman: Black and White symbol base. Both of these Gotham City inspired bad boys will be available for fans at $80 per statue.Â Which of these DC items do you have marked on your Christmas list? Be sure to let us know down below in the comments.