Darth Maul has been a Star Wars fan favorite since we first caught of glimpse of him in the trailer for The Phantom Menace two decades ago. He had a cool visual design that rivaled that of Boba Fett’s, and wielded a double bladed lightsaber too? Fans fell instantly in love, but quickly felt crushed when Maul seemingly met his end at the climax of Episode I. But then, in the animated Clone Wars and Rebels series, Maul was given a new lease on life (quite literally). And he became one of Star Wars’ greatest villains.

Now, via Geeks Are Sexy, we’ve discovered the work of Star Wars superfan and YouTuber ‘Darth Porg,’ who has created a tribute video to Maul’s journey. It incorporates all of his appearances, and even making nods to his comic book adventures. Called Maul – Hatred, it chronicles Maul’s transformation from Sith apprentice to warlord; to vengeance-driven madman; to final battle against the Jedi.

As evidenced in the video, a lot of what made Maul so cool was there from the get go, from the brilliant and memorable design from Lucasfilm genius Doug Chiang, to the amazing fighting skills of actor Ray Park. But then, Dave Filoni and voice actor Sam Witwer came in and gave Maul layers, pulling from all of the greatest villains in pop culture history. 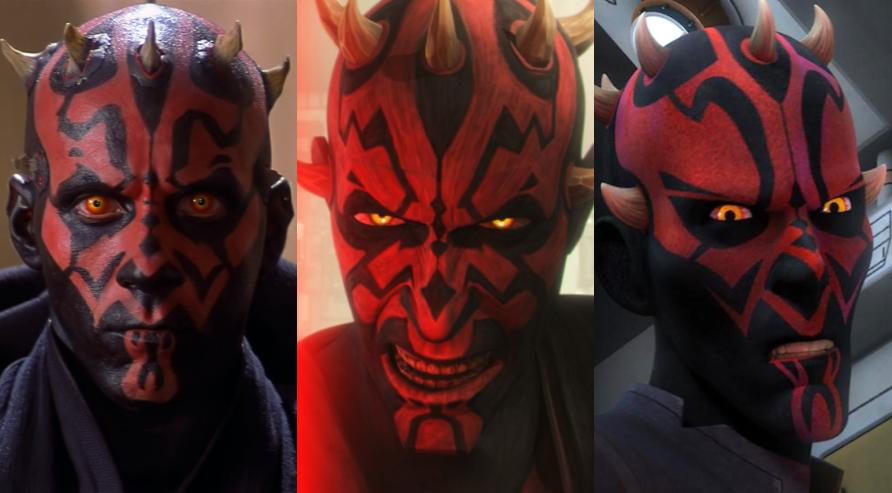 In Clone Wars, when we meet Maul again for the first time, he’s a gibbering shell of a man living in a cave like Gollum from Lord of the Rings. Then he becomes a vengeance driven machine, similar to Khan from Star Trek. The final season Clone Wars even gave us hints of Hannibal Lecter’s prison break from Silence of the Lambs. Ultimately, Rebels gave us a true ending for the character, one that actually made us feel pity for him.

Of course, just because we know how Maul’s story ends now, doesn’t mean we’ve seen the last of him. I feel there are still ways to have him figure into the Kenobi series on Disney+ in some kind of way, without breaking continuity. There is still a big missing chapter in his life that needs to be explained. Just how did Maul go from the big boss of Crimson Dawn (as seen in Solo), to the outcast hermit we meet in Rebels? Here’s hoping we don’t have to wait too long for the answer!