While all the fuss might be surrounding the Avengers at the moment, let us not forget that Disney has another major Marvel team coming to theaters this summer when X-Men: Dark Phoenix hits cinemas. And you can definitely tell that Disney now has a hand in the marketing of their newly acquired Fox property. The newly released poster for the film is done very much in the style of artist Drew Struzan, the painter responsible for some of the most iconic movie posters from the ’80s and ’90s. And given that the film is set at some point in the ’90s, it’s a fitting homage. 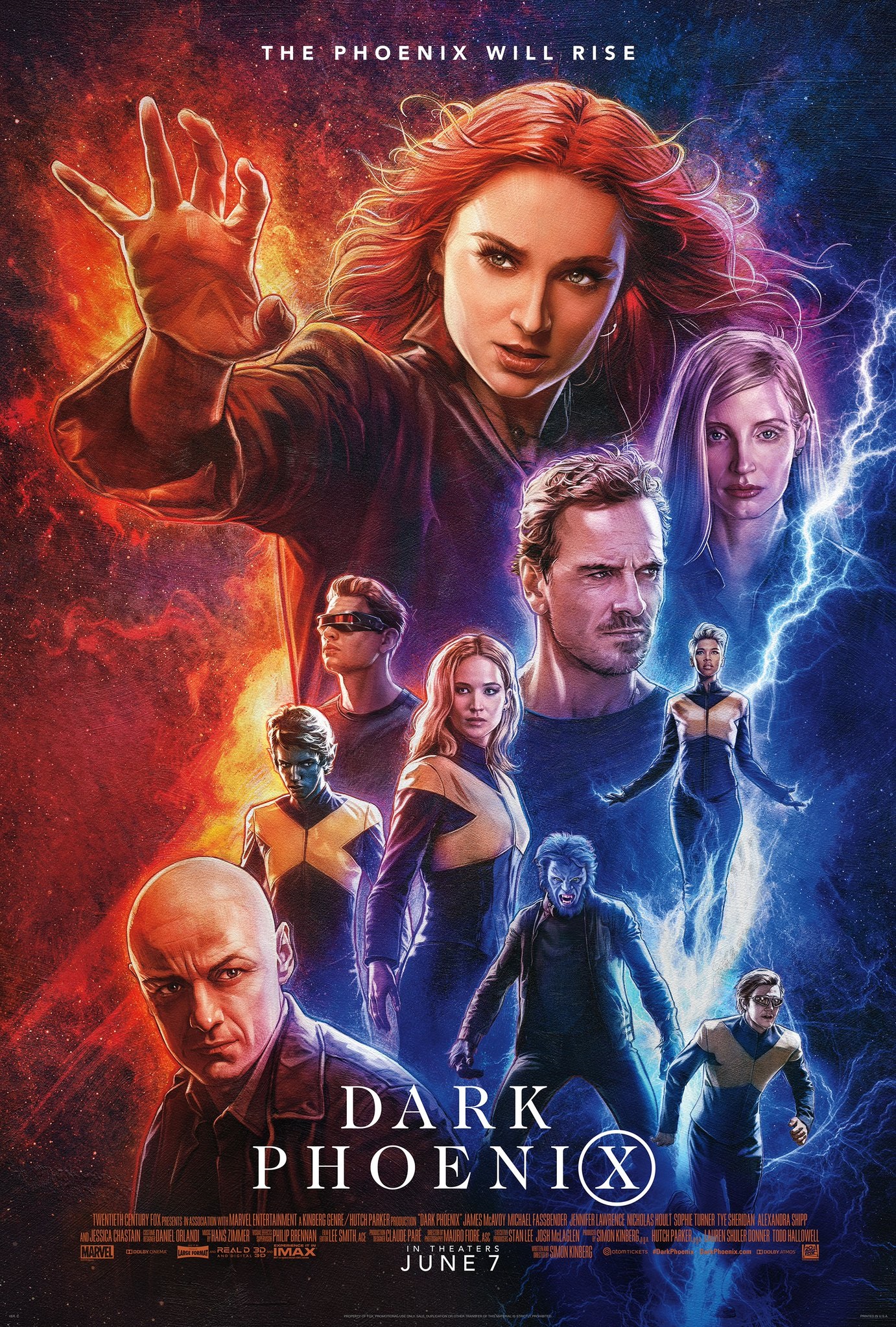 In typical Struzan style, almost all of the main cast for the film is assembled on the poster, although it has Jennifer Lawrence in her human persona of Raven Darkholme and not in her blue makeup as Mystique. Which probably means that we will barely see her go blue much in the final film. Of course, the trailer already gave away that Mystique dies fairly early in the film. Strange move to give away such a huge plot development in the trailer. But that’s the choice they made.

The rest of the character posters are done in a more modern style, and feature the entire main cast. Even though it isn’t labeled as such, Dark Phoenix is almost certainly going to be the final film in the Fox X-Men franchise ( unless you count Deadpool) before Marvel Studios take over. While the X-Men franchise has had its ups and downs over the past two decades, its success 100% allowed for the birth of the Marvel Cinematic Universe as we know it. So the end of this iteration of the Marvel mutants is a fairly big moment in comic book movie history. You can check out the rest of the posters down below.

Every hero has a dark side. Check out the new character posters for #DarkPhoenix in theaters June 7. pic.twitter.com/5iS07P5aBO

Every hero has a dark side. See Professor X, Mystique, Magneto and Beast in theaters June 7. #DarkPhoenix pic.twitter.com/BV0ui68fow

Every hero has a dark side. See Quicksilver, Cyclops, Storm and Nightcrawler in theaters June 7. #DarkPhoenix pic.twitter.com/MJzNUtOyIz