We understand our favorite actors are really just performers. They can’t actually do all of the amazing things we see them pull off on screen. At least we understand that’s true for most actors; there are some we secretly think are capable of extraordinary feats. Now Danny Trejo, who we didn’t imagine we could possibly love more than we already did, has vindicated our belief. He rescued a young boy trapped in a car after a nasty accident. And he didn’t even need a machete to do it.

ABC News reports the actor saw a car crash take place in a northern Los Angeles intersection after one driver ran a red light, crashing into another automobile. It caused the struck Ford Explorer to flip over in the middle of the street. Trejo said a woman pinned in the front seat of the car then began screaming about her baby in the back, so he sprang into action, rushing to the overturned vehicle. At first he wasn’t able to unbuckle the child’s seat, but another bystander who came over to help managed to get the boy free of his carseat, allowing Trejo to grab hold of the child and away from the accident.

That wasn’t the end of his good deed though. As rescue workers tried to free the boy’s grandmother from the car, the actor helped to keep the boy calm by turning him away from the wreckage, all while telling him “we have to use our superpowers.” Reportedly the boy then kept yelling “superpowers” himself, until he was reunited with his grandmother. Both were taken to the hospital along with a third person, all with non-life threatening injuries.

Actor Danny Trejo helped rescue a baby trapped in an overturned car after a collision at a Los Angeles intersection.

“Everything good that has happened to me has happened as a direct result of helping someone else,” he said. “And that’s the way I live.” https://t.co/0w1zmA4dmo pic.twitter.com/qZD78bLaOc

Are we surprised Danny Trejo is a real-life hero? No, he was on our short list of actors we think are capable of amazing feats off screen too. The only unbelievable thing is, since he couldn’t get the child’s seat belt undone, he actually could have used a machete. 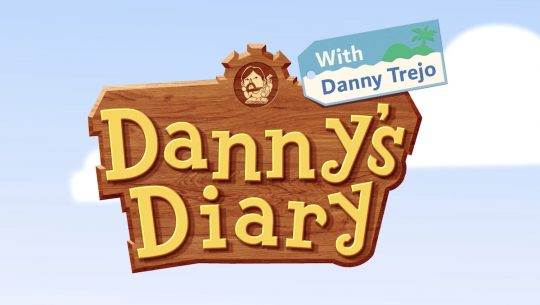 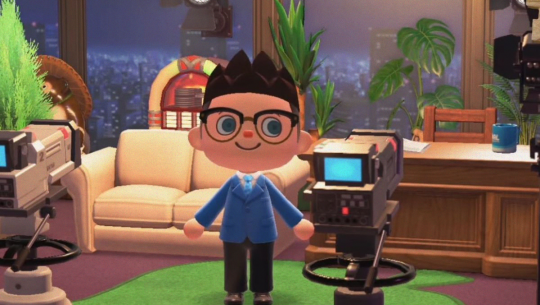 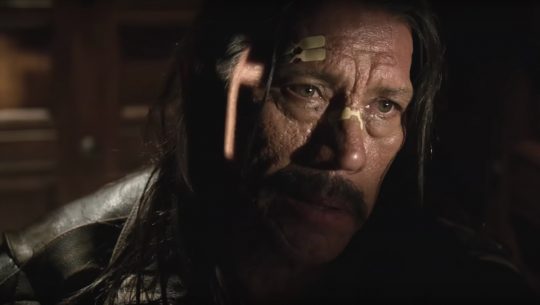 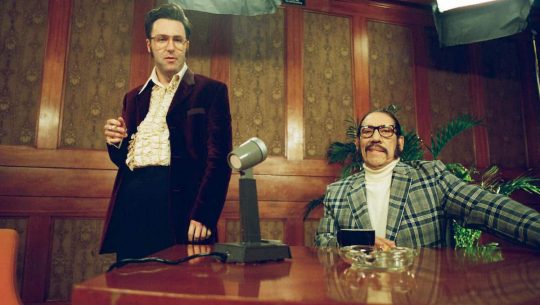