The internet is full of dumb shit. Twitter more than most. In the past year, social media has sadly become both our biggest lifeline and our greatest nemesis. Some rare souls on the hellscape of the Tweety Box provide us with laughs, thoughtfulness, and good heavens, even hope. But none has been more welcome than the account @CraigWeekend. It was just over a year ago when actor Daniel Craig guest hosted Saturday Night Live with musical guest The Weeknd. In July, the Twitter account arrived, and with it, a six-second clip of Craig introducing the musician became a weekly reminder that, friends, you don’t have to work for two days. 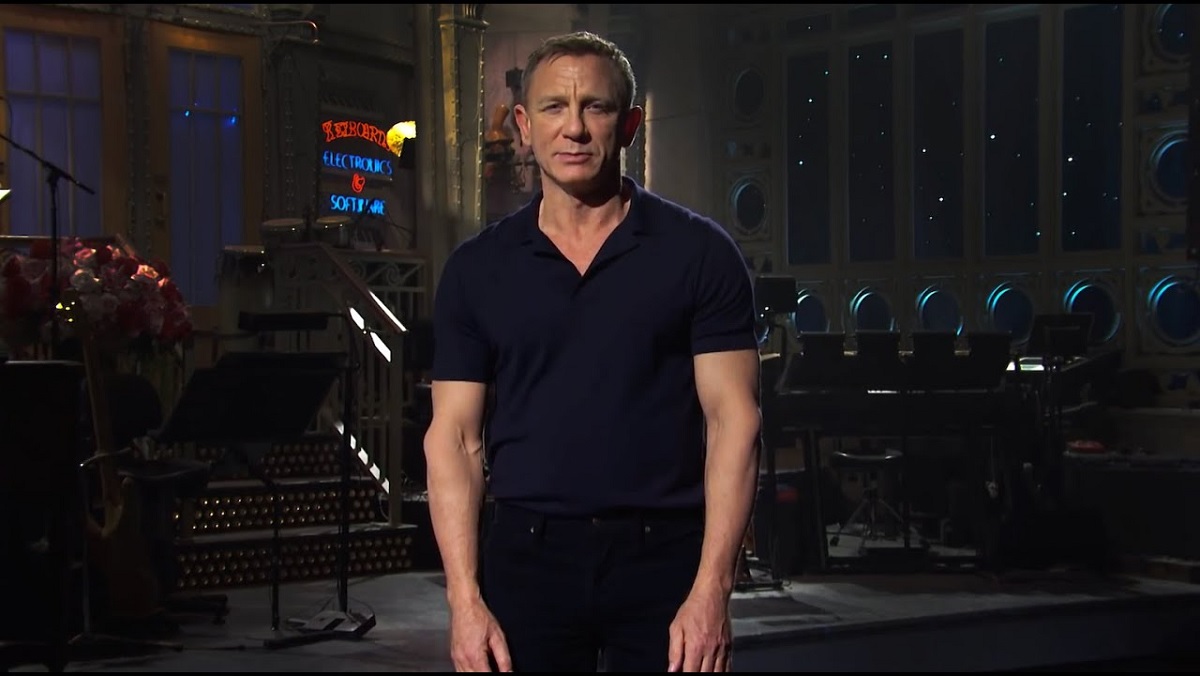 It’s not merely that Daniel Craig introduces the weekend; it’s how he does it. There’s a satisfied sigh inherent in his intro. Not only are things gonna be okay, but they’re good. He opens his arms with just the tiniest flourish, and he gives a bit of a chuckle and a shake of the head. “What more is there even to say?” the head shake asks. “It’s inevitable, and I’m so happy about it.” And this, let me remind you, was all about the musical act The Weeknd. Perhaps a bit overdramatic for that, but damn near essential in the context of ushering in the actual weekend.

The very first tweet from the account didn’t do too much. The last day of July in an inherently rough summer. Not only was the global pandemic dealing with its (at that time) peak severity, but we’d just had months of civil unrest, cities erupted into protests against police violence, only for those in power to meet it with more police violence. We maybe needed that first Craig Weekend, but we didn’t see it yet.

For the next few Fridays, Craig ushered in the weekend without much notice. But after September 4, there was no weekly reminder for over a month. Things were getting pretty rough with the Presidential race and everyone was tense. But then, like Gandalf arriving at Helm’s Deep, at first light on the fifth day, there he was. October 16, 2020, was perhaps the most needed, most deserved “ladies and gentlemen…the weekend” we’ve ever had.

One day prior, now President Biden and then-President Trump had their dueling town halls on opposing networks in lieu of a second debate. Oh yeah, remember how the president got COVID but wouldn’t adhere to any safety standards? As comedian Eugene Mirman said the first debate was “like watching unhinged, mean-spirited urine shout at a pretty good book report.” Now the candidates were trying to outdo each other in TV ratings. Dear god, we needed that weekend. Unfortunately, like most things we need, we don’t appreciate it at the time.

That triumphant return to our Twitter feeds registered barely a blip on the proverbial radar. We didn’t know the good we had, the importance of such a wish. And so CraigWeekend went into hiding again. It didn’t come back until November 20. After a horrendous election ended in a sigh of relief for most people, the virulent losing side kept trying to stoke the fires of discontent and fear. Amid all of that, it was President-elect Joe Biden’s 78th birthday.

After this, as though sensing its true purpose, the account continued weekly. It’s not just a silly thing to tweet, it’s a harbinger of momentary, all-too-brief respite from literally everything. The account has seen an unbroken string of Friday tweets that continued to grow in the public consciousness.

December 18, 2020, the tweet got the most likes it ever had, by a huge margin. Statistically, the most people yet needed the weekend that weekend.

On January 1, 2021, it ushered in not just any weekend, but the first weekend outside of the godforsaken year that was 2020. The head shake seemed extra pleased, the half-shrugged arm gesture even more relieved.

And perhaps that is what we all needed. From then on, it wasn’t merely a few hundred or even a couple of thousand people who needed Daniel Craig to introduce the weekend. It was hundreds of thousands of people, all gloriously thrilled to see that man toss his hands up, chuckle a little bit, and say, “Friends. We did it. The weekend is here. And it’s going to be…a weekend.”

Long may CraigWeekend loom in our collective experience. The clip might technically be the exact same, but what it means changes every time. Like the Kuleshov effect, we each bring our own hopes and wishes with us when we click on that tweet, unmuting it so we can hear Daniel Craig’s comforting baritone. Every week feels like the longest week of our lives. We need the weekend. We miss it, like the deserts miss the rain. And it’s not really the weekend until Daniel says so.