It is with heavy hearts that we announce the death of one of the most beloved actresses of her generation. Dame Diana Rigg has passed away at age 82, according to the BBC. “She died peacefully early this morning. She was at home with her family who have asked for privacy at this difficult time,” her agent said in a statement.

The actress is best known for her roles on two popular genre shows: as Emma Peel in The Avengers and as Olenna Tyrell in Game of Thrones.

Rigg was born in Doncaster, England and began her career in theatre, appearing in numerous performances at the Royal Shakespeare Academy between 1959 and 1964. She made her Broadway debut in 1971, starring in a production of Abelard & Heloise. She won a Tony Award for Best Actress in a Play in 1994 for her role in Medea.

The role of Emma Peel came in 1961. The Avengers ran until 1969. Rigg played opposite Patrick Macnee as John Steed as the female secret agent. She appeared as Tracy Bond, James Bond’s only wife, in the 1969 Bond film On Her Majesty’s Secret Service. Rigg said she took the role in hopes that it would make her more popular in the United States. 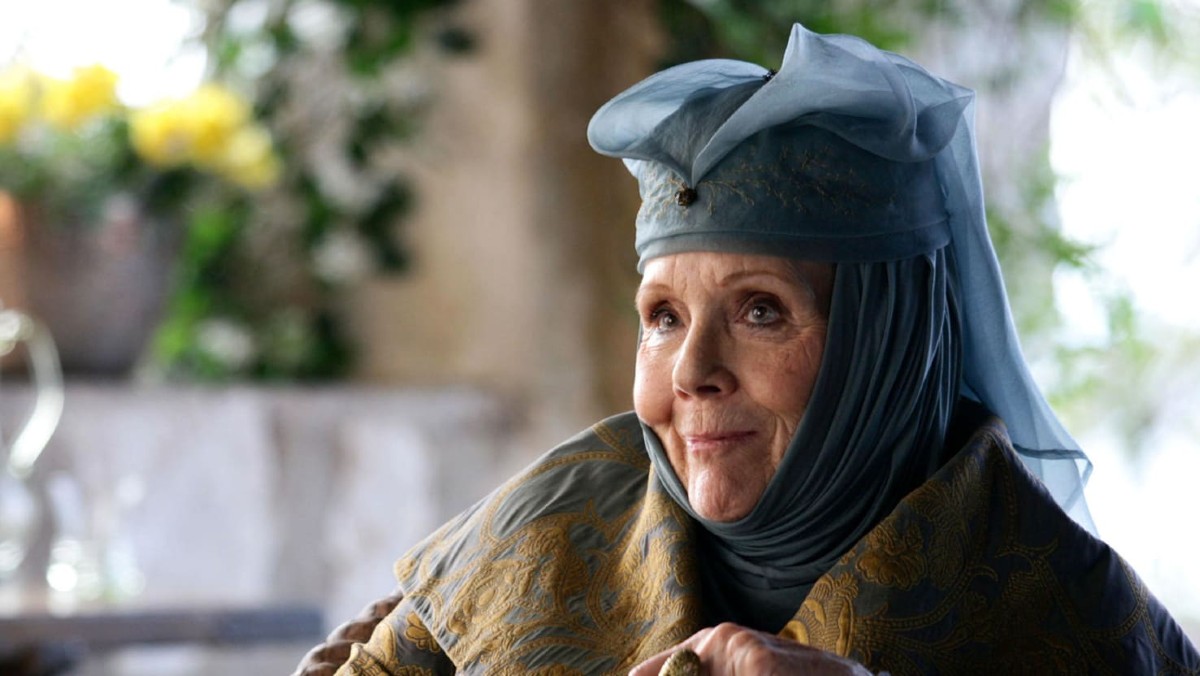 Rigg joined the cast of Game of Thrones in the HBO series’ third season as Lady Olenna Tyrell, grandmother of wannabe queen Margaery Tyrell. The performance earned her an Emmy nomination for Outstanding Guest Actress in a Drama Series in 2013.

Rigg was made a CBE in 1988 and a Dame in 1994 for her services to drama. She is survived by her daughter, actress Rachel Stirling, and her grandson, Jack.