Customize Your D&D Spellcaster By Customizing Your Spell Requirements - Nerdist

Customize Your D&D Spellcaster By Customizing Your Spell Requirements

Casting a spell in a Dungeons & Dragons game is a cool moment. Spellcasters only get to cast so many spells in a day, so they get a little bit of focus whether they are healing a friend, hurting a foe or combining up with a magic solution to one of the party’s problems. Many players only focus the level requirement parts of their spells. Every spell has some fun roleplaying elements baked in thanks to the ritual components of casting a spell. When spellcasters throw out a fireball spell in a movie or a video game, part of what makes it cool are the gestures, magic words, and props that are used in the process of casting.

These elements of style can make a spellcaster much more memorable as a character.

Somatic components are the gestures and other physical movements required to cast a spell. Dungeons & Dragons Fifth Edition doesn’t go into depth beyond noting that spells with these components need a caster’s hands to be free (so no casting while tied up in a dungeon).  That leaves a lot of room for interpretation. A higher level spell might require more gestures or even some full body movement to properly channel arcane energies. A wild magic sorcerer might spin in place before casting a chaos bolt, while a wizard might draw a larger and larger spiral with their hand to conjure Tenser’s floating disk. 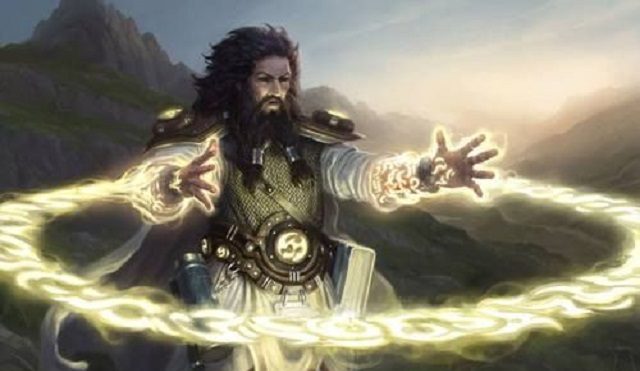 Magic spells often have magic words. Verbal components in Fifth Edition are once again only concerned with whether or not the spellcaster can perform them and isn’t impeded by a gag in the mouth or a silence spell in effect.

Players with clerics might want to think about how the prayers to their gods are worded when they cast cure wounds. A cleric of Life might ask their god to spare some of the bountiful energy that suffuses the world, while a War cleric might ask for forgiveness that the wounded wasn’t tough enough and needs to be healed to get back on the battlefield.

Bards can shine here, too by turning their spell list into a playlist of music the Dungeon Master can queue up for the right moment or even have the player turn the table into a karaoke bar for a few seconds. 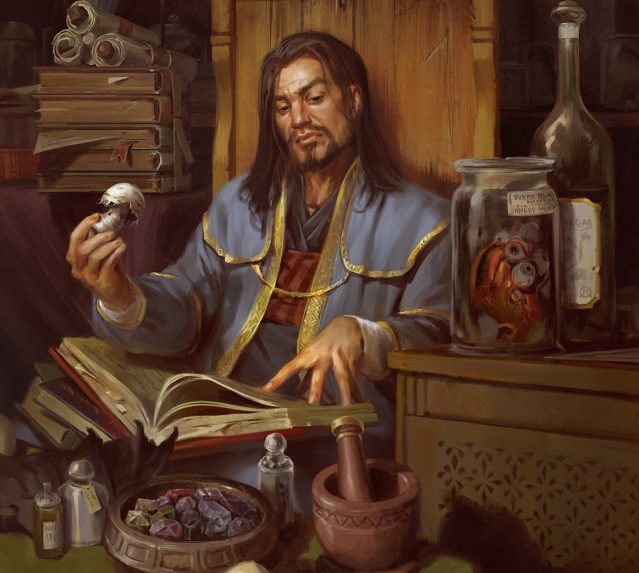 Powerful spells sometimes rare items that are consumed by the casting. The Player’s Handbook offers suggestions for material spell components on spells that require them, but things that are just as rare or unusual, like mushrooms from a lich’s grave or the tears of a orphan can prove to be just as thematically interesting for a spellcaster. Consider a druid who requires a different flower depending on the school of spell cast, or a cleric that must light a different kind of candle depending on the hours when a spell is cast to honor the god currently in control of the world. These add immense flavor that personalizes magic and also suggests plot hooks for the Dungeon Master to motivate characters to search out these components.

New to RPGs? We got you. Catch our show, Starter Kit with Jason Charles Miller and friends. The show is full of tips for new RPG players, and is available exclusively on Alpha.