Love board games? So do we! Join Becca Scott as she breaks down the best the games in the industry! New episodes air every  Tuesday with How to Play and Thursday with Game the Game here on Geek & Sundry!

Designer John D. Clair is on a bit of a roll these days. After introducing us to card crafting with Mystic Vale, which just released its fourth expansion, he built on that success with Edge of Darkness, which made over 12x its fundraising goal on Kickstarter. His newest game may not be another card crafter, but the customization that makes his other games great is in full force here. And the best part is that instead of waiting for another Kickstarter campaign to finish and ship, Space Base (published by Alderac Entertainment Group) is available right now. 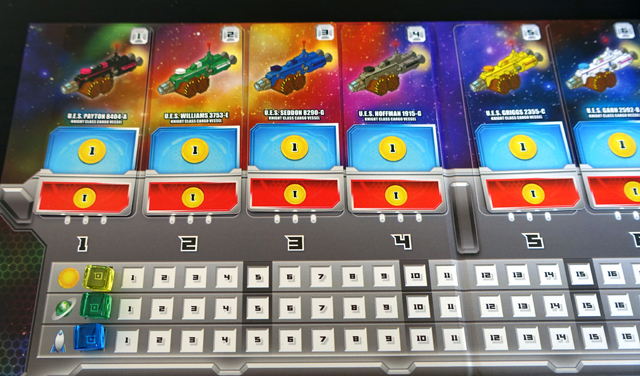 In Space Base each player will host a fleet of twelve ships on a numbered board. You’ll start with an identical armada but that changes very quickly. Each turn one player rolls a set of dice and can activate either the one ship matching the combined total of the dice or the two ships matching the specific numbers on the dice. These will usually earn you some credits, sliding a little yellow cube along one of the three tracks on the bottom of the board. You’ll use those credits to buy a ship, which will be placed somewhere on the board, replacing whichever hardworking ship is already there.

If that sounds a little cold, don’t worry. The ships you replace get deployed, meaning you place them under the board and now, whenever anyone else rolls that number, you’ll get a reward (though usually a smaller one than it used to be). This is the mechanic at the heart of Space Base. You’ll buy a new ship that makes your fleet better when you’re rolling, and with each ship you deploy, the potential for earning rewards from players’ rolls increases.

Earning money is important, but some ships will affect your economy in a more subtle way than just filling your wallet. See, every time you buy a card, your credits go back to zero. But cards with a green planet symbol earn you income, which increases the minimum number of credits you’ll return to after a purchase. You can choose to prioritize income, which means you’ll always have something to spend, but if you do, then you might miss out on cards that can earn you a lot of money on their own. Decisions like this are part of what makes the game such an interesting puzzle to work out. 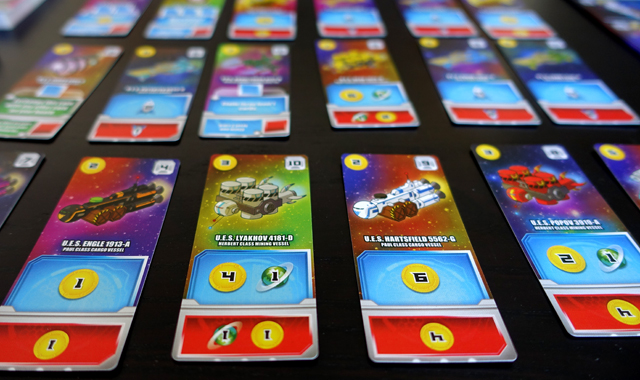 And it’s not just straight up economy building. The first player to 40 points triggers the last round of the game. Of course there are ships that earn you victory points each time they’re activated. But there are also the colony ships that work a little differently. Instead of waiting for the right dice to be rolled, Colony Ships earn you victory points right away. Unfortunately, they are both expensive and unwieldy. After you buy one it gets placed on your board, locking down that space for the rest of the game. You’ll still earn whatever rewards you’ll get from the deployed ships above it, but it won’t earn anything else for you again, so you have to time it just right. There are also ships with special powers that can either be used right away or charged up for later. Things that let you earn new ships for free, swap ships on your board, or change the value of the dice you roll: all kinds of things that make each game different.

Now, some people are probably reading this and thinking that it sounds like just a space-themed version of Machi Koro, and I’ll admit that there are some similarities, but it’s in the details that Space Base really stands out. The biggest difference is that in Machi Koro all of the cards you can purchase are available from the start, whereas in Space Base only a few of the ships are available at a time, and all of them are unique, so there’s no hoarding of Cheese Factories here. 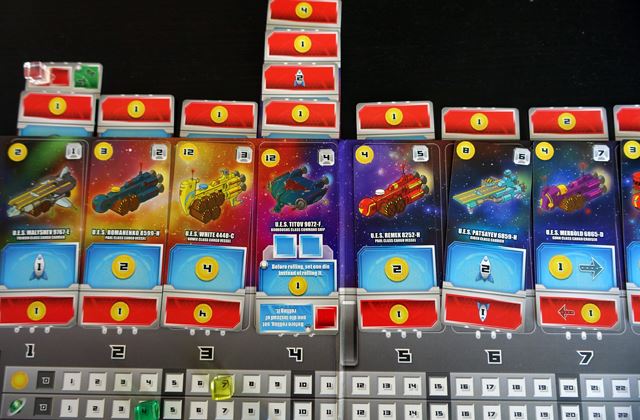 On top of all this, Space Base provides a wonderful engine building experience that does something that many similar games struggle with. Whereas a lot of economic strategy games have players eyes’ locked on their own player board, Space Base has you watching each roll of the dice like you’re at a Craps table in Vegas. All you need is for someone to roll a hard eight and you’ll have just what you need to put the finishing touches on your fleet. Come on, show me those fours! A two?! How dare you! You’re terrible at this! Let me try.

Do you have a favorite dice-based engine builder? How about a game that encourages you to pay attention to other players’ turns? Let us know in the comments! And be sure to tune in here on Geek & Sundry for new episodes of How to Play (airing Tuesdays) and Game the Game (airing Thursdays).