There are a lot of intriguing new comic books cropping up from game-changing indie publishers these days, but one that stands out from the pack is NIOBE: She is Life by Stranger Comics. The story follows an orphaned, teenage half-elf named Niobe Ayutami (a character who debuted in The Untamed: A Sinner’s Prayer) who roams the volatile fantasy world of Asunda – of which she’s the would-be savior. Niobe is running from the Devil in her checkered past, to a future where survival seems uncertain.

The series is written by Stranger head-honcho Sebastian Jones, along with Rue from The Hunger Games. Literally. Amandla Stenberg, who is only 17, co-wrote NIOBE and is already proving herself as a storyteller. The art is by Ashley A. Woods who is equally badass as an up-and-coming artist in the industry. This week we’re super excited to announce that a striking custom cover for Issue 1 has come into existence, and hey, it features our brand new logo! 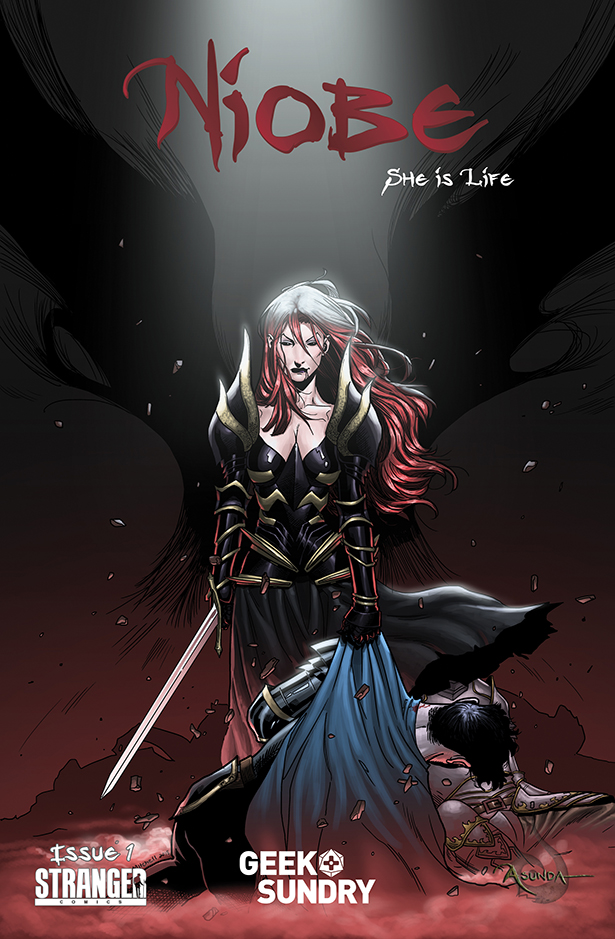 If you’re looking for a new comic to sink your teeth into, consider getting in on the ground floor of NIOBE. The second issue (of nine) comes out this week, so you don’t have to play too much catch up. Yeah, it’s true that you might run into ferocious wolves, devils and vampire lords in this immersive and treacherous land… but you’ll eventually find your way to sacred ground.

Are you going to check out NIOBE: She is Life? Are you already a fan? Let us know in the comments below.