The X-Men’s Banshee might be the most famous Irish hero in certain circles, but he’s far from the Emerald Isle’s first. Breathless tales of the fearsome warrior Cú Chulainn have been told for centuries. His legendary exploits share similarities with Achilles and Hercules, and even with more modern-day heroes like Iron Man and the Hulk.

Cú Chulainn’s story is part of the Ulster Cycle of Irish mythology, set during the last century B.C. Filled with legends and history interchangeably, the cycle greatly influenced European literature. The tale of Bricriu’s Feast, about a fun game of mutual beheading, inspired “ Sir Gawain and the Green Knight.” More modern interpretations include Cú Chulainn as a character option in the gods vs. gods fighting game Smite.

Cú Chulainn was infamous for his ríastrad, a battle frenzy literally translated as “warp spasm.” While some accounts describe this fury as akin to that of Viking berserkers, most have turned him into a medieval Hulk, literally transforming into an unstoppable rage-monster. When he returned from battle in such a state, it was said to take an entire village to calm him back down again. (Whether they held his hand and whispered lullabies is unclear.) 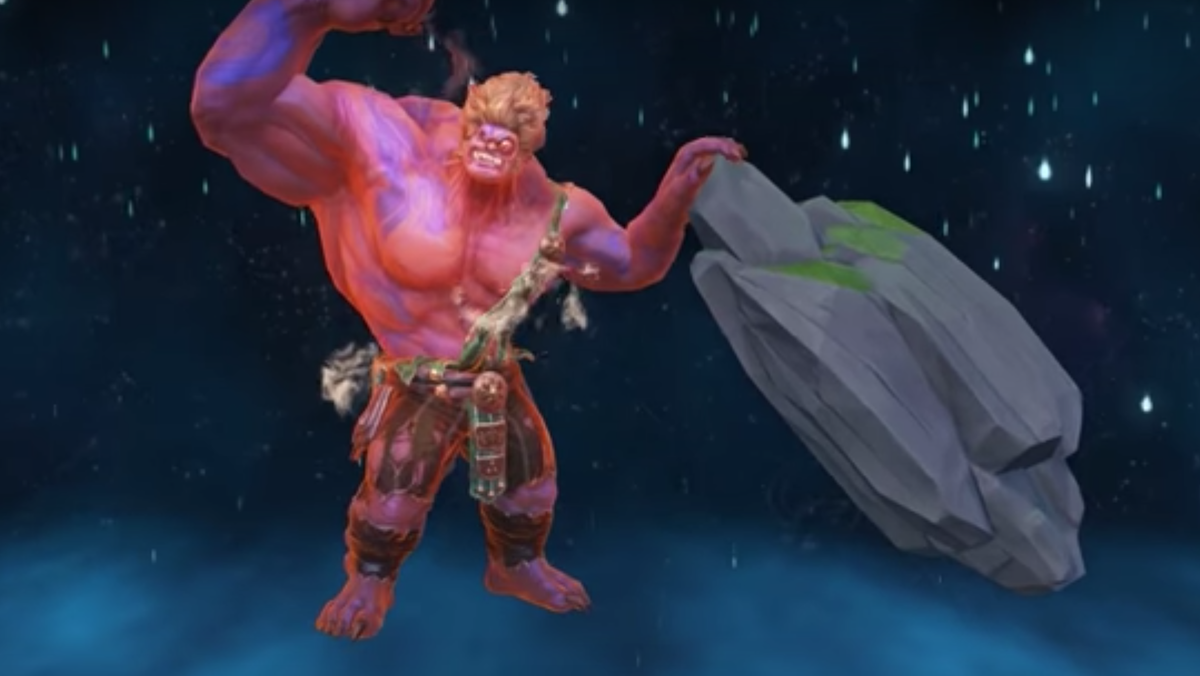 Born Sétanta, Cú Chulainn’s childhood was very much of the “chosen one” variety. His birth involved a sneaky Gaelic god abandoning his baby on a Neolithic mound older than Stonehenge, and leading his mother there with magical birds and snowstorms. At only seven years old, Sétanta accidentally fulfilled a prophecy.

A druid priest proclaimed that anyone who took up arms that day would become legendary. And so young Sétanta ran off and killed a band of notorious marauders. But he acted too quickly, displaying the Thor-like arrogance that would come to define him. The prophecy said that he’d be legendary, yes, but also that his life would be cut tragically short.

Sétanta gained the name Cú Chulainn—“the Hound of Culann”—soon after. While playing with other boys, the king saw Sétanta’s athleticism and was impressed; he invited him to dinner at the house of Culann, the royal smith. When Sétanta arrived, however, Culann’s guard dog attacked him. He was forced to kill the animal to save his own life. Culann was wrecked over this callous canicide, so Sétanta promised to guard Culann’s house himself until he could find a replacement. He was called Cú Chulainn from then on. 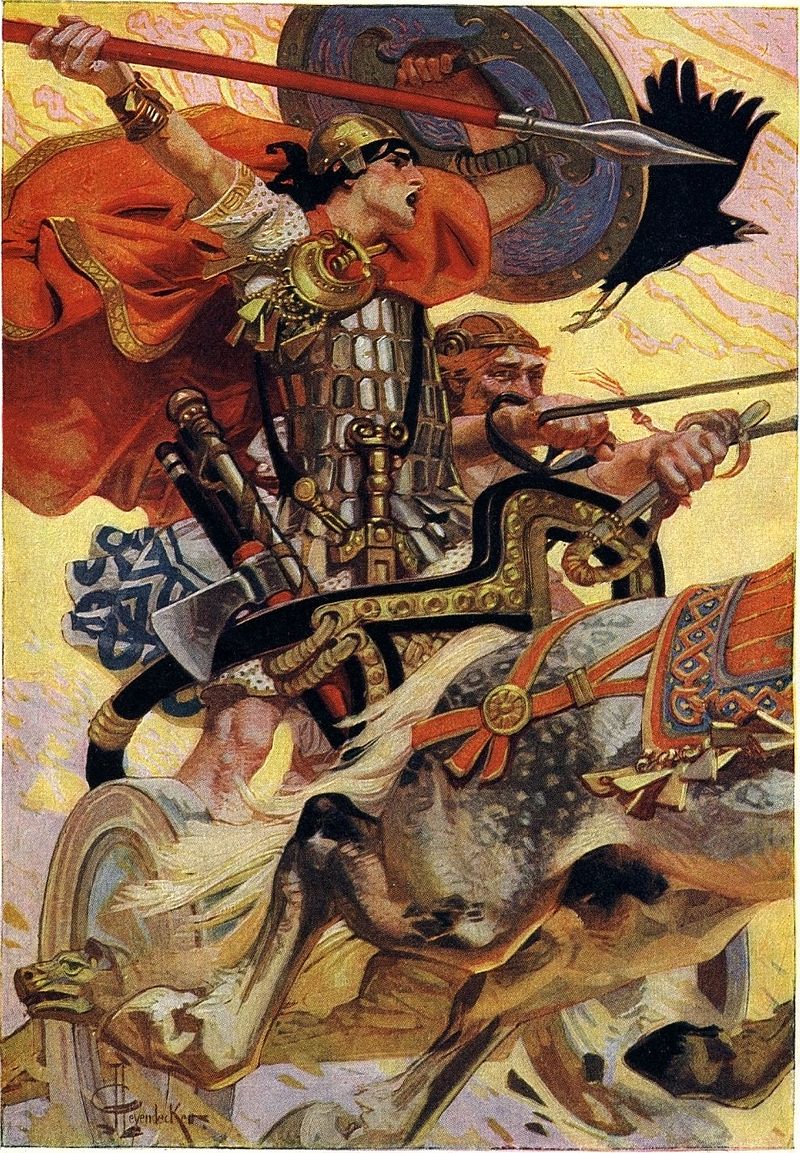 His prowess as a warrior grew, and Cú Chulainn soon learned to wield the Gáe Bulg, a barbed spear so horrific that it had to be literally cut out of its victims. He trained with the ruthless Scottish warrior-woman Scáthach. Then, at the ripe old age of 17, he single-handedly defended the kingdom of Ulster from an invading army. This was the Cattle Raid of Cooley, the oldest vernacular tale in Western Europe.

Medb, queen of the neighboring Connacht, came to Ulster to steal a highly fertile cow, as one does. Ulster’s army was indisposed, cursed with labor pains by the Morrigan, a triumvirate of goddesses. Cú Chulainn was exempt, however. In a supremely Tony Stark move, he was with a woman instead of at his post watching the border.

Cú Chulainn invoked the right of single-combat against Medb’s army. In a standoff that lasted months, he slew warrior after warrior, until, finally, he was injured. As he recuperated, the “boy-troop” of a nearby fort came to his aid and were slaughtered. Consumed with anger (like a certain jade giant) Cú Chulainn went into his most vicious ríastrad ever.

He turned into “ a monstrous thing, hideous and shapeless. … His shanks and his joints, every knuckle and angle and organ from head to foot, shook like a tree in the flood.” His body actually turned inside out; one eye fell into his head, while the other dangled. He was so mad his hair sharpened into literal spikes. 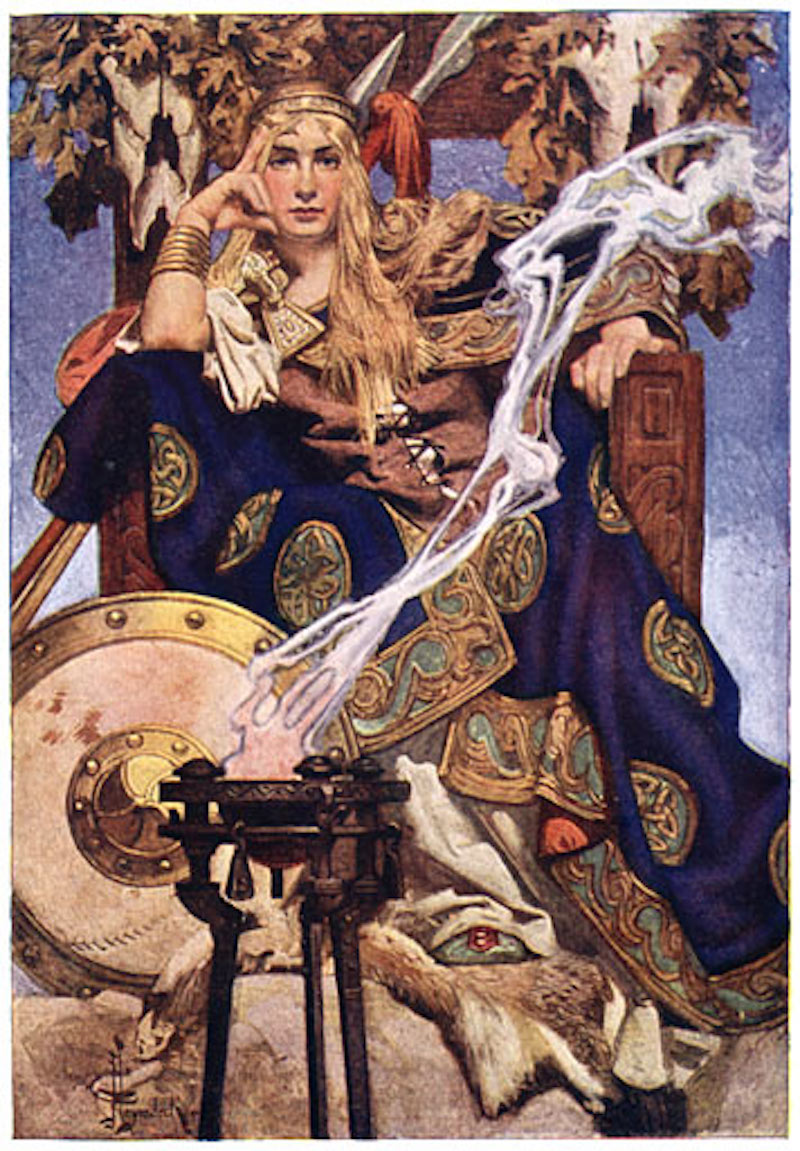 Cú Chulainn killed the entirety of the invading army, building walls from their corpses. Queen Medb, quite understandably, retreated, and then immediately began plotting her revenge. Calling together the children of everyone Cú Chulainn had ever killed, she lured him into a fight. One of the attackers, Lugaid, crafted a magical spear and mortally wounded Cú Chulainn. But, like a much more bloodthirsty Captain America, he wasn’t going down without a fight.

Tying himself to a stone, in order to die on his feet, Cú Chulainn fought until his last breath… and then after. Waiting until a raven landed on his shoulder, signaling that Cú Chulainn was well and truly dead and it was finally safe to get near him, Lugaid went over to behead him. Cú Chulainn’s deceased sword-arm sliced off his hand.

This was not the only postmortem feat of Cú Chulainn. Another story ties him directly into the legend of Saint Patrick. Supposedly, when Patrick was trying to convert Ireland to Christianity, King Loegaire agreed to do so, but only if the saint called up Cú Chulainn from the dead. He did, and Cú Chulainn not only convinced the king to convert, but also made a case for himself to be allowed into Heaven. Patrick, moved by his story, agreed.

So there you go. This St. Patrick’s Day, instead of more stories of leprechauns and snake-hating saints, hoist a green beer and tell the tale of Cú Chulainn, the Irish folk hero as legendary as all the Avengers combined.