Critical Role's Marisha Ray: In The Name Of The Circle Of The Moon, I Will Punish You! - Nerdist

Critical Role’s Marisha Ray: In The Name Of The Circle Of The Moon, I Will Punish You!

This interview is stuffed with so much awesome that I don’t have space to write a proper introduction. Let’s get on with it!

Tell us a little bit about yourself and who you play.

Hi there! I’m Marisha Ray, a.k.a Keyleth. I’m a half-elf druid, representing the Circle of the Moon. I’m also thrilled to join the rest of the cast in having the “voice actor” title, as well as, ya know, regular acting? If you’ve been thinking, “Man, where do I recognize her from?” It’s probably Super Power Beat Down. I’m also the voice of Margaret in the Persona game franchise, and you can run around with me as a diamond dog soldier in Metal Gear Solid: Phantom Pain.

Druids had a major overhaul in 5th edition D&D. Why did you chose to play one for this game?


For a one-shot Matt ran a long time ago, I played a druid. At the time, we were still on 4th Edition, and it was terrible! It didn’t really allow for the full versatility a druid is supposed to have to actually support a party. The cocktail just made for a watered down damage dealer who was vaguely helpful under very specific situations. Then this game came along. By the time I was being introduced to the party, a lot of classes had been spoken for. Of course, there was no obligation for me to pick one of the remaining classes. “Make what you want!” Matt always stresses, but let’s be real, do you really need two barbarians in one party? I think one Grog–I mean, a Goliath–is all we need. Anyway, the mechanics for druids in Pathfinder were a huge improvement, and I really wanted to redeem my first experience, so I decided to give it a shot…I was almost a monk, though. 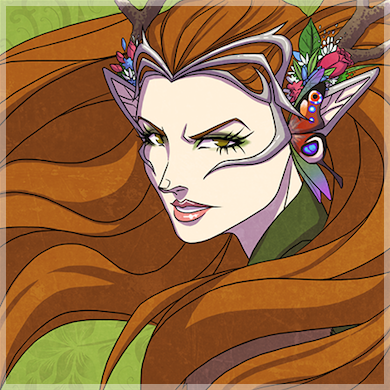 How did you develop Keyleth’s backstory?

The druid class in Pathfinder has a ton of sub domains, similar to the way clerics work. Of course, all of them were cool and it took me forever to decide. I was leaning toward the elemental domains, and ended up picking air since it had some of the more interesting abilities and fit thematically with the shy demeanor I had in mind to reflect her low charisma. However, I still wanted abilities from the other elements! This lead me build a pseudo coming of age story about a girl traveling the world for the first time in search of knowledge in the various elements. That was the inception, and she pretty much snowballed from there.

Keyleth seems to be the brains of the operation, offering ideas on how to handle a situation. Is it your play style to be a leader, or is it Keyleth?

Do I? Does she!? I am flattered that you think that! I always saw Vax as the leader in a weird way. Although, it is a huge part of Keyleth’s personal goals to continually work on her leadership skills. Her ego has been shattered through a few tough times, leaving her with some serious self-confidence issues. She has the wisdom, and often has good ideas, but won’t always push to make sure they are fully heard. If she is expected to lead her tribe, she needs to be able inspire and actually speak with conviction. It’s an ongoing process. She’s learning, though!

You have a tendency to physically act out what Keyleth is doing in animal or elemental form. What does that add to the experience?

HAHA! Yeah. You know, my mom talks with her hands. Maybe that’s where I get it from. Really though, I have always been a fan of discovering characters through body and movement. I have a strong dance background, and was performing at the Actors Theater of Louisville by the time I was twelve. All of that sort of led me to have more of an “outside-in” approach to connecting with a character (not to get all lame actor woo woo on you there). Long story short, it’s helping paint the picture, not just in everyone else’s head, but mine as well.

Keyleth tends to get herself in a lot of… sticky situations. She gets captured, arrested, etc. Is this because you play into her low charisma stat or is it just the dice? You can totally blame the dice. I won’t tell.

Ya know… it’s a little bit of column A, and a little bit of column B. Regardless, I love leaning into crappy stats when I role-play, and I wish it was something other gamers would do more often. I’m quite lucky to have fellow players who will do the same (Tiberius with his Wisdom of 4, and Grog with an Intelligence of 6 just to start). There’s an inherent urge to shield your eyes from your lowest attributes. Maybe people think that if they don’t acknowledge them, they’ll go away, or the DM will forget or something. To be fair, that’s sort of a “humanity” thing; “DON’T LOOK AT MY WEAKNESS!” But just because a stat is lower doesn’t make it any less important. For Keyleth, overcoming her socially awkward tendencies has become a large part of her journey. Her low charisma is part of what makes Keyleth who she is! As time goes on, I think you will slowly start to see her push past it, but she’ll never fully loose that quirky charm. 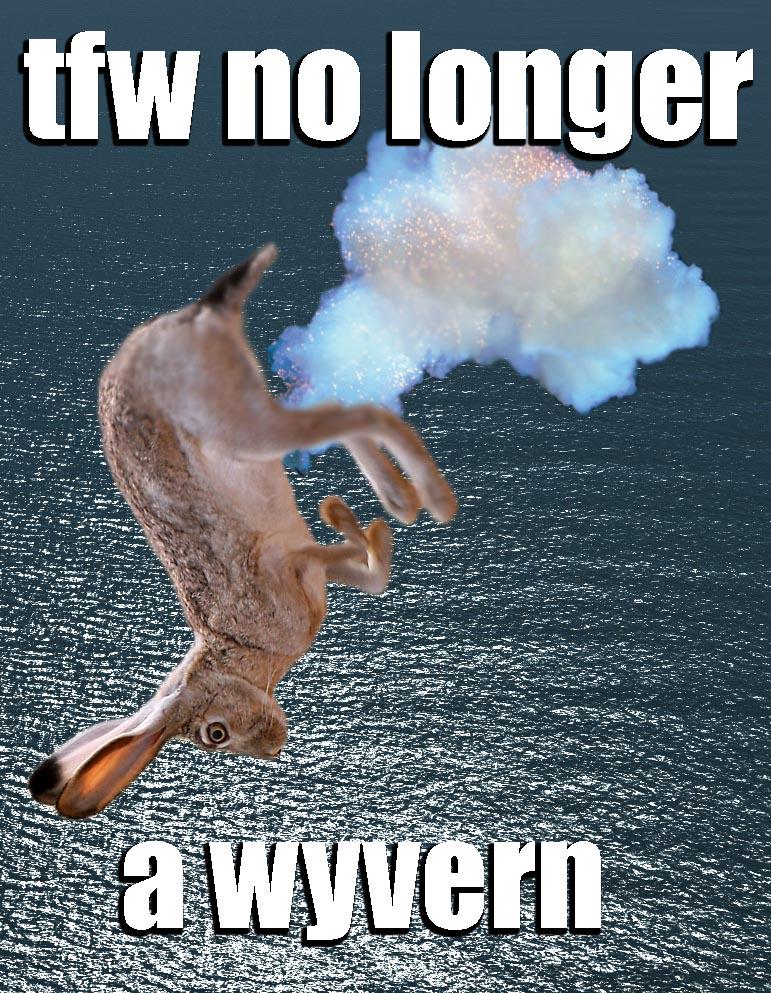 What’s the greatest move you think you’ve made in the game?

Keyleth has had some pretty clutch support-role moments. She might not always be dealing a ton of damage, if any at all, but she could be casting the concentration spell that really turns the fight in our favor. One that always comes to mind is when I made the “disco floor” with a wall of stone in the fight with the abyssal monstrosity, that had the floor covered in bones. We later learned that if you didn’t move during your turn, you had to save against being pulled underground to your doom by cursed skeleton hands! Also, polymorphing a wyvern into a bunny rabbit while a thousand feet in the air. Pretty proud of that one.

How do you hope to inspire other tabletop RPG fans?

If there is one lesson that I hope everyone learns from our show, it’s that you are never too old to play pretend. As kids, you eventually reach a point where you’re expected to grow up really fast, and suddenly using your imagination is “juvenile.” It’s really sad, and I think we are stifling a lot of brilliant minds out of judgement, or fear of being judged. So, don’t be afraid to find a group of awesome people, and see what it’s like to imagine you are someone else for a day!

For a long time, tabletop RPGs were a “guy thing.” Now we’re seeing a lot more women play. What would you say to women who want to get into it, but may find the male-dominated gaming world intimidating? 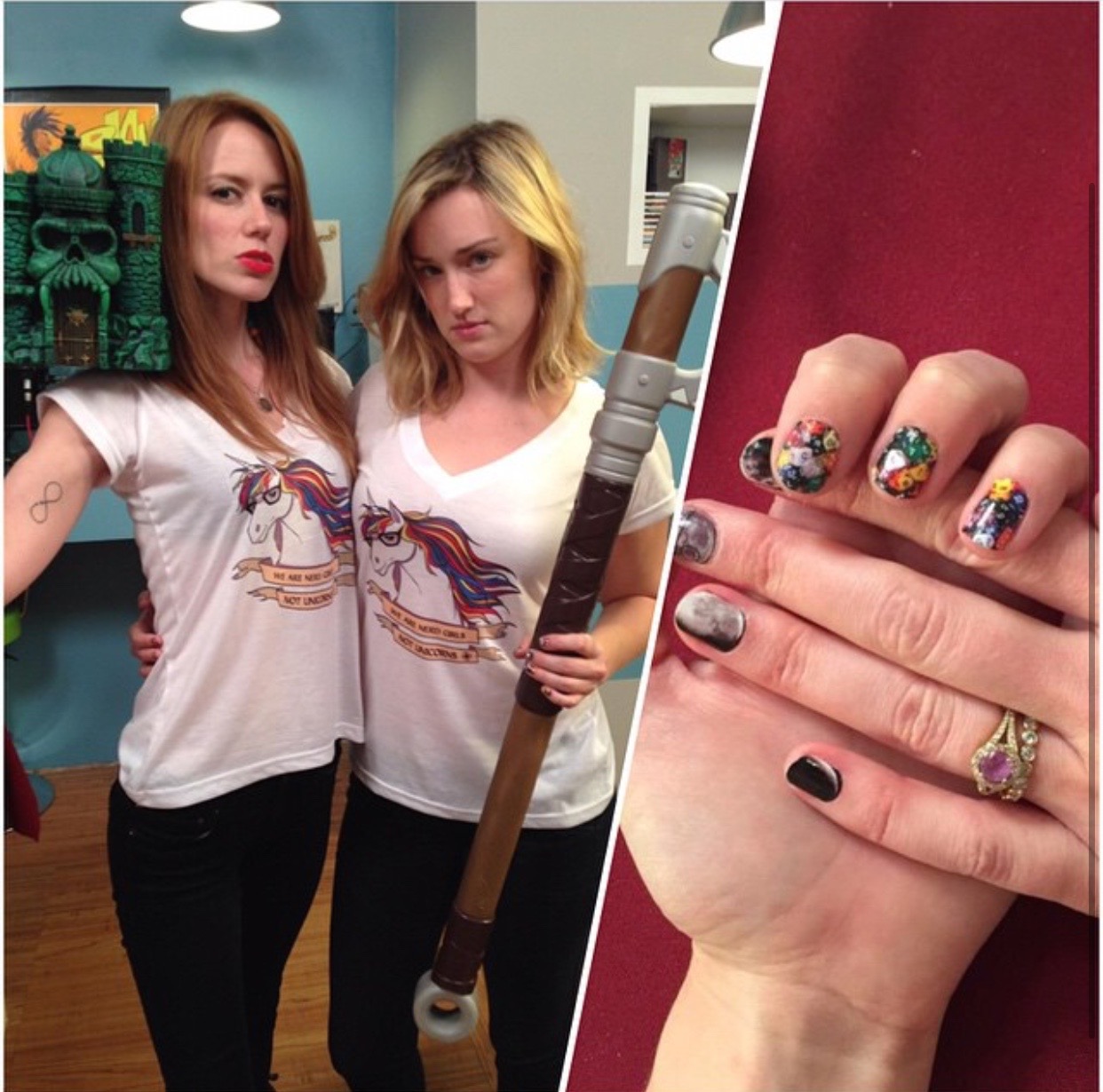 This is quite a tricksy question, Precious. I’m going to attempt to answer this as gracefully as possible. It’s hard not to speak from experience when you get questions like this, so I’m going to get that out of the way: In my time of being a gamer, and in the gaming industry, I’ve seen the good, the bad, and the downright ugly. With that being said, there is a distinction between the communities. Don’t think of it in the same vein as blindly hopping onto Xbox Live where the night is dark and filled with terrors. The tabletop community has always been (for the most part) warm and welcoming, and has provided me with some of the BEST moments and friends of my life! With the new renaissance that tabletop gaming is seeing, there has never been a better time for curious newbies. Honestly, my advice is the same for anyone wanting to join in: find a Sherpa; someone who is patient and excited to introduce you to the good life. If you don’t have access to a tabletop-Sherpa, we, the #Critters, will find one for you! There are a lot of great sites like roll20.net, or even the Critters forum that help with this. Find a fun group that drives a good narrative and fits within your needs, and you’ll have a blast. And ladies, I know that the “boys club” vibe, and wall of man musk can be initially intimidating, but trust me when I say that the barrier to entry is far lower than the majority of male dominated fields out there… which is most of them. And remember, just because we are seeing a lot more women, doesn’t mean we haven’t always been there. Seriously, ladies, you got this shit.

And a quick note to the guys: being out of your realm is always an uncomfortable experience, and that is something that EVERYONE can relate to. Keep in mind the end goal of world domination. The more we can spread the good word of the Players Handbook, the better! There is a certain amount of responsibility here to be a good representative of the community. Be inviting, be inclusive, and most importantly, be non-judgmental.

Tune in to Critical Role tonight at 7pm PST on Geek & Sundry’s Twitch Channel, or catch it on our website next Monday.