Netflix continues to travel deeper into the true crime documentary abyss with Crime Scene: The Vanishing at the Cecil Hotel. The infamous Los Angeles hotel’s name sparks a wave of morbid curiosity and fear among those who know about its reputation for violence, murder, and frankly disturbing happenings. Crime Scene: The Vanishing at the Cecil Hotel will hit the streaming service soon on February 10 with four episodes about the hotel’s history, specifically the death of Canadian student Elisa Lam. Now, fans are able to get a quick peek into what they can expect in the series.

The show’s new trailer starts off with a chilling introduction into Cecil Hotel’s dramatic past. It dons the moniker “Hotel Death,” with interviewees calling it the place where serial killers hide. Well, that’s scary. The trailer name-checks Richard Ramirez who, according to rumors, stayed there for weeks during his killing spree. (Earlier this month, Netflix released a separate documentary miniseries about Ramirez’s killing spree.)

The clip’s primary focus, however, is understandably on Elisa Lam’s case. Her January 2013 disappearance and the discovery of her body weeks later in the hotel’s water tower caught national attention. A video went viral showcasing Lam inside elevator, apparently attempting to hide from an unseen threat. The trailer shows part of this video with Lam making odd hand movements while standing in an empty elevator space. Several people in the clip suggest that perhaps something paranormal could account for the Cecil Hotel’s tragic history. 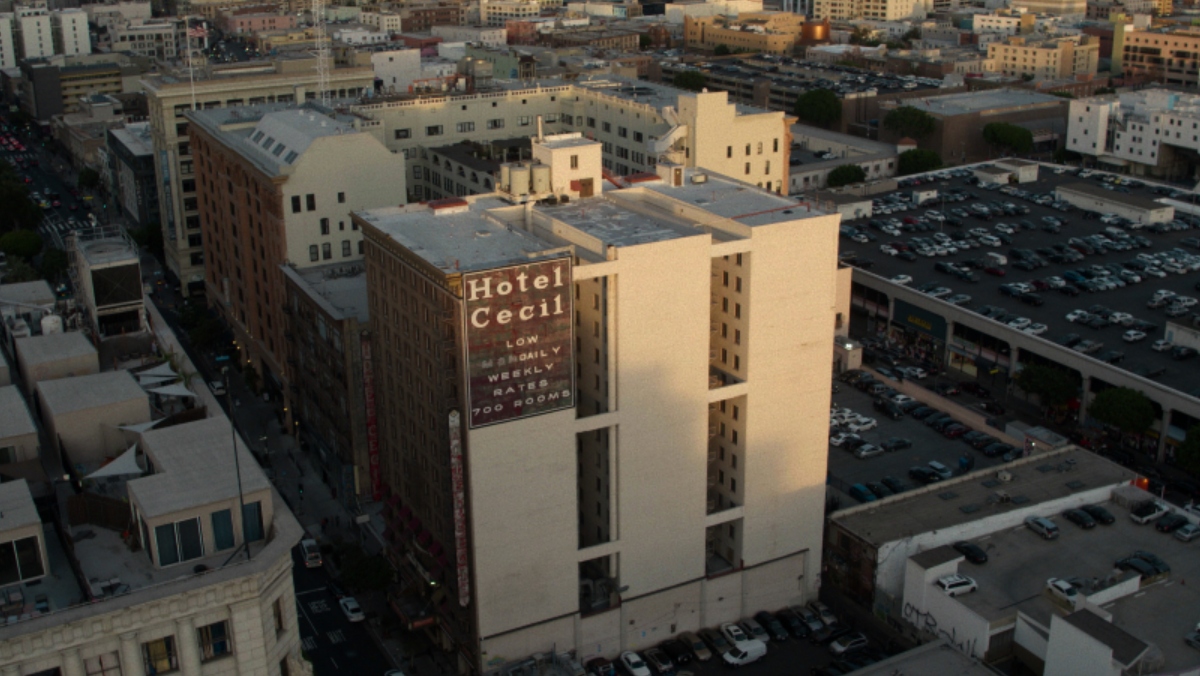 In recent years, the Cecil Hotel inspired American Horror Story’s fifth season arc, aptly titled Hotel, and has recently been rebranded as The Stay on Main hotel. It will prove interesting to see what truths Crime Scene: The Vanishing at the Cecil Hotel uncovers. The four-episode series hits Netflix on February 10.