We’ve all been witness to some cool balloon art, either at birthday parties as kids or at carnivals. But there’s balloon art, and then there’s balloon ART. As in, balloon art based on the most famous artistic paintings in history. Thanks to the folks at Neatorama, we’ve come across the creations of DJ Morrow. And Morrow’s skills go way beyond “look at this puppy I made.” Among his various works, he’s meticulously recreated some of the most well-known works of art of all time, as you can see right here:

The first one is both breathtaking and, frankly, pretty disturbing. It’s based on Francisco Goya’s legendary 19th-century painting Saturn Devouring His Son. You know, the painting that shows the Roman Titan Saturn devouring his own offspring for fear he would overthrow him. It’s kind of nightmare-inducing as a painting. And maybe it’s even scarier in Morrow’s balloon recreation.

Speaking of decapitations based on mythology… Morrow also has a balloon art rendering of Caravaggio’s 1598 painting Judith Beheading Holofernes. So if you ever wanted to see a woman cut off a man’s head in a way that’s palatable for the kiddies, now you know that such a thing exists. 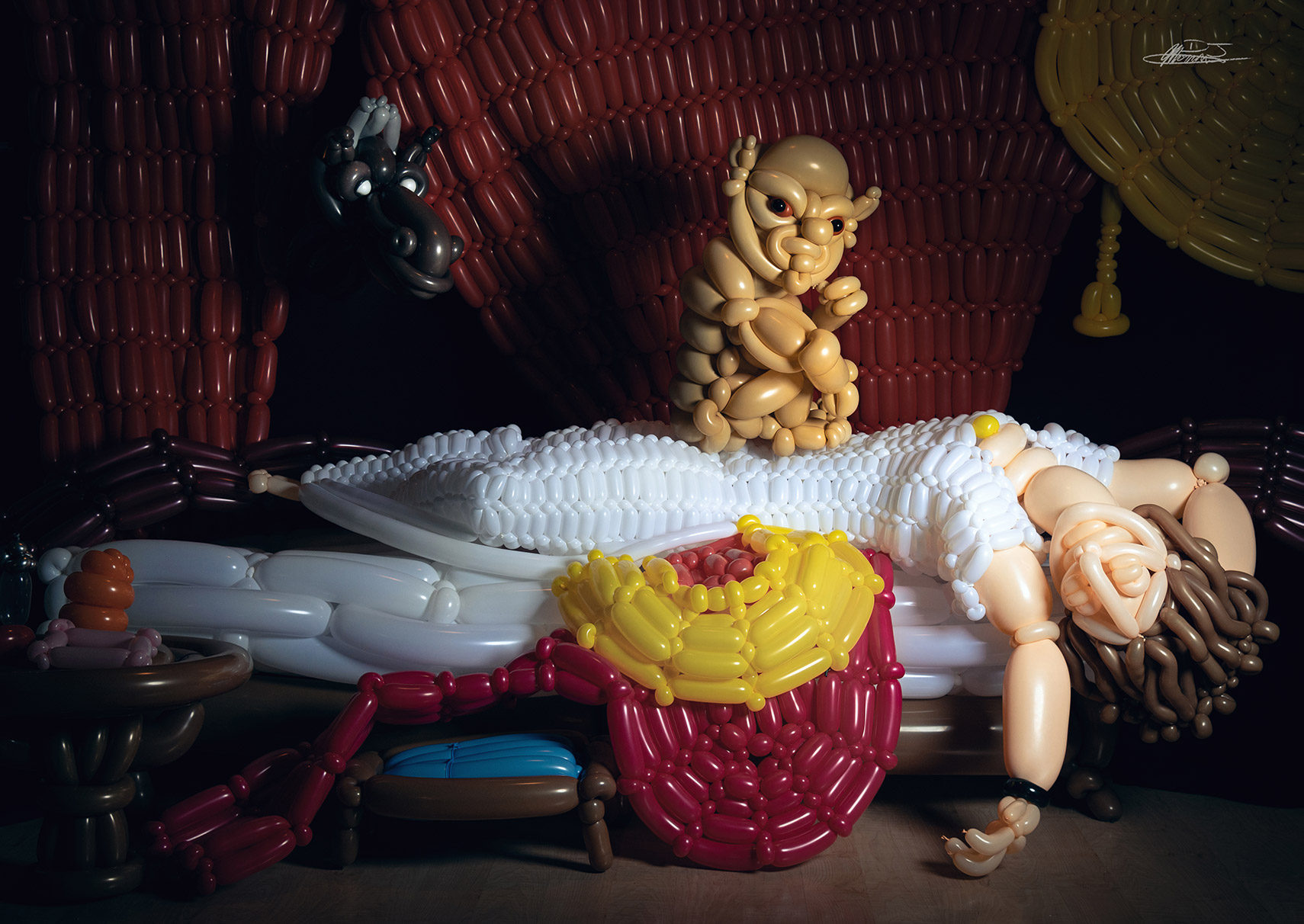 Keeping on the “most terrifying paintings in history” track, Morrow also has an intricately crafted balloon version of The Nightmare. This work is based on the 1781 painting by Henry Fuseli. The original painting was pretty dark. But it is somehow more offputting when recreated using rubber and latex.

On his Balloons in Bold website, you can check out other unique pieces from DJ Morrow. He’s created balloon tributes to Charles Darwin and Ruth Bader Ginsburg. And there are even some nerdy ones in his gallery, based on Jurassic Park, Marvel Comics, and The Nightmare Before Christmas. To buy some of his artistic recreations, be sure to head on over to Morrow’s Ballons in Bold Etsy shop for postcards and prints.