We all, collectively, have been through so much. As it’s becoming safer to move around in the world again, it’s time to think about celebrating. And if you’d like to be beamed into one heck of an event, consider Creation Entertainment’s 55-Year Mission Tour Las Vegas Convention. The upcoming gathering honors a multitude of milestone moments happening in 2021. It’s the 50th anniversary of Creation Entertainment, the 55th anniversary of Star Trek, and the 20th anniversary of Creation’s convention in Las Vegas. This year also marks Gene Roddenberry’s 100th birthday year and William Shatner and Leonard Nimoy‘s 90th birthday years. Whew. Sounds like a lot of reasons to make toasts to us. Engage! 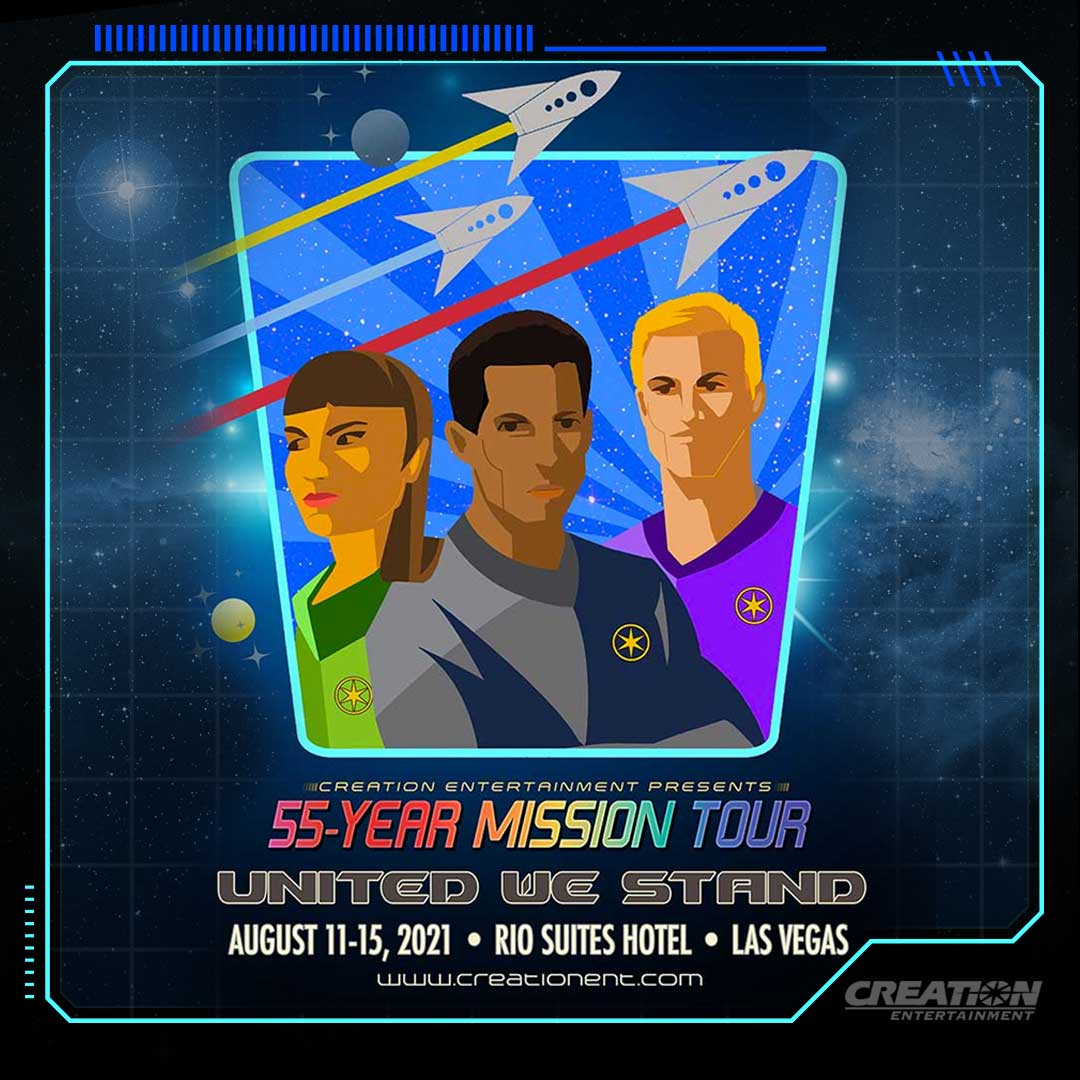 This Star Trek-centric event has over 100 celebrity guests lined up. Headliners include William Shatner, George Takei, Sonequa Martin-Green, Jeri Ryan, Kelsey Grammer, and Rebecca Romijn. We love to see multiple eras of Star Trek featured through these actors, ranging all the way from Star Trek: The Original Series to Star Trek: Discovery. You can buy autograph and photo op packages for some of these stars and many, many others. Since 2021 is the year of Shatner’s 90th birthday, the convention will present a special tribute to the original captain too. Shatner himself will narrate the presentation and talk about his most treasured memories.

In addition to seeing so many of your Star Trek faves, the convention will feature multiple tracks of programming along with contests, cosplay, music, and surprises. The Nevada Pops Orchestra is even performing a show honoring Roddenberry’s 100th birthday. We’re sure that will inspire some Feelings. Plus Anthony Rapp (Star Trek: Discovery) and Isa Briones (Star Trek: Picard) will give special performances alongside the orchestra.

And that’s just a handful of the highlights! The 55-Year Mission Tour Las Vegas Convention will take place from August 11-15, 2021 at the Rio Suites Hotel and Casino. Buy tickets, purchase autographs and photos ops, and get all the details you need at Creation Entertainment’s website.