CRAZY SAMURAI MUSASHI Has One Hell of a Gimmick - Nerdist

CRAZY SAMURAI MUSASHI Has One Hell of a Gimmick

With film festivals, you pretty much only have a title, an image, and a blurb to go on. You’re lucky if you get a trailer. And that’s really part of the fun! If it’s a regular year, you have your day planned out, so it’s a lot of choosing what’s available when you are; in 2020, when most film festivals have a virtual component, it’s much more up to the attendee. So a movie really has to jump out. Case in point, Fantasia Film Festival 2020‘s offering of Crazy Samurai Musashi.

All I needed was to read the words “a single, uninterrupted 77-minute shot following Musashi as he confronts and defeats hundreds of opponents” to know this was a movie I must check out. It doesn’t have much more than this one gimmick, but oh, what a gimmick it is.

Crazy Samurai Musashi has something of a dream team of Japanese action cinema working on it. Director Yuji Shimomura is a renowned stunt coordinator; writer Sion Sono has a lengthy career as one of Japan’s most subversive filmmakers; and star Tak Sakaguchi is one of Japan’s biggest action stars of the past 20 years. All this, and it includes a 77-minute, unbroken action sequence? That just sounds too good to be true.

Unfortunately, it kind of is. As you might expect for a movie with such a large chunk of unbroken action, the story is fairly slight. It follows real-life legendary duelist Miyamoto Musashi as he takes on all the students and retainers of the Yoshioka school in a fabled 400-on-1 battle for supremacy. We don’t have much story beyond that, and we kind of don’t need one. However, because of the lack of story, and because we don’t know much about the “baddie” characters, we’re not really sure why we’re watching Musashi do all this. The stakes are super high, but why? 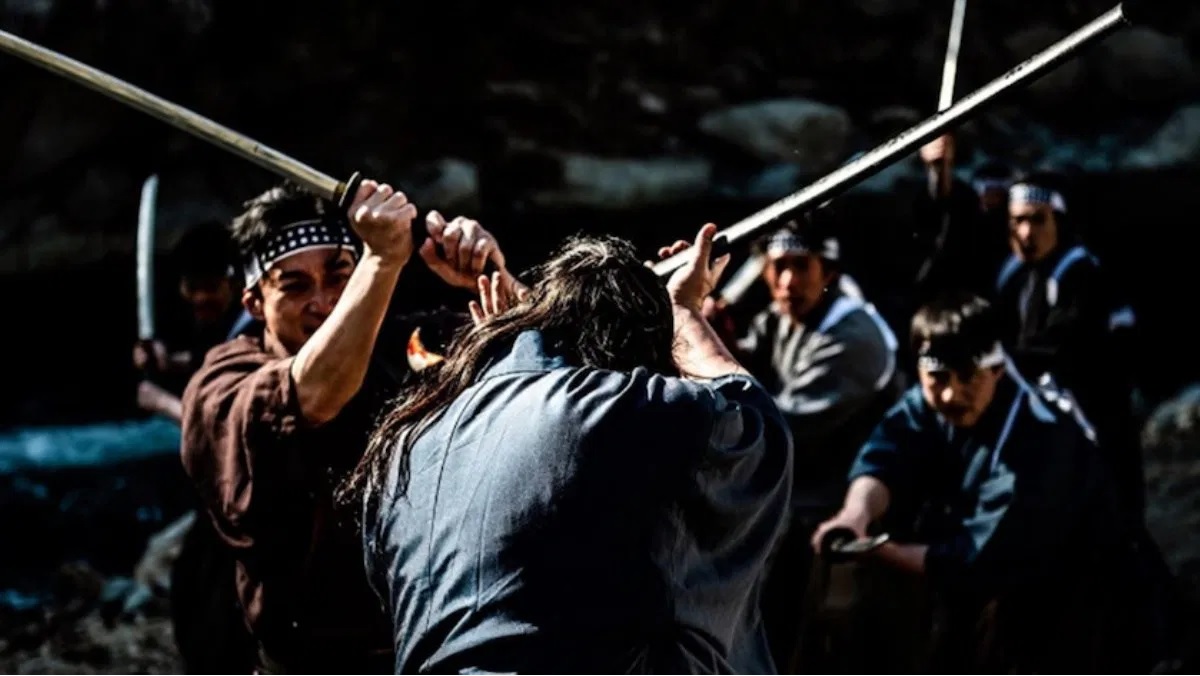 At times throughout the 77 minutes, we get breaks in the action. Musashi takes a breather, or fights a particular underboss in a different location. Once or twice, we’ll leave Musashi for a moment and two Yoshioka guys will talk for a few minutes before Musashi comes back and the fighting commences. Otherwise, we’re generally just watching a dozen or more baddies at a time circling Musashi, attacking him one (or very occasionally two) at a time, dying in one hit, rinse, repeat.

And that’s really where Crazy Samurai Musashi‘s reach exceeds its grasp. It’s very impressive watching Tak face all of these guys; the man is visibly exhausted by the end, and yet he keeps on fighting for way longer than you think he can. They also traverse a very large area during this, going through a small wooded area, into a the streets of an abandoned feudal village, across bridges, and finally at the massive gates of the school. And there’s just a never-ending sea of samurai always right around the corner.

But the effect is more often numbing rather than exhilarating. There’s not enough variety in the style and execution of the fights. At too many moments you think “if those three guys behind him just attacked, he’d be dead.” There’s not so much choreography as a milling about, more like kids playing at recess than a ballet of samurai swordsmanship. 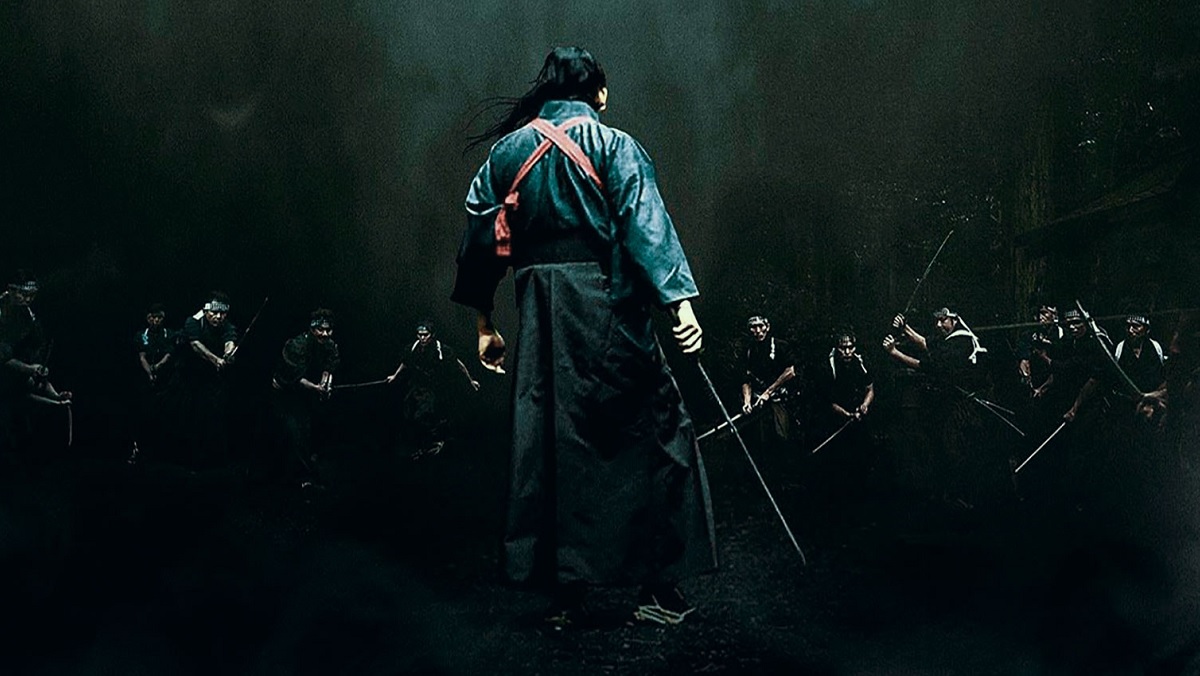 While it gives you what it promises, Crazy Samurai Musashi is sadly more of a let down than a triumph, even if it gives you the maddest of respect for Tak Sakaguchi.