Lord and Miller’s CONNECTED Trailer Takes on the Robot Uprising

We have enormous expectations for any animated film that has Phil Lord and Chris Miller attached to it. The pair are responsible for one of our favorite movies ever: the Oscar-winning Spider-Man: Into the Spider-Verse. They also wrote and directed beloved films like The LEGO Movie and Cloudy with a Chance of Meatballs. So when they sign off on a new animated feature, we trust it’s something worth checking out. The first trailer for Connected, their latest venture as producers, introduces a fun sci-fi premise mixed with a relatable and timely family story. And it has an all-star cast including Danny McBride, Abbi Jacobson, and Maya Rudolph as a family struggling to unplug from their computer screens.

But that becomes the least of their problems when the robot uprising begins. Because they might be the only ones who can save humanity from the singularity.

“When Katie Mitchell (voiced by Abbi Jacobson), a creative outsider, is accepted into the film school of her dreams, her plans to meet ‘her people’ at college are upended when her nature-loving dad Rick (voiced by Danny McBride) determines the whole family should drive Katie to school together and bond as a family one last time. Katie and Rick are joined by the rest of the family, including Katie’s wildly positive mom Linda (voiced by Maya Rudolph), her quirky little brother Aaron (voiced by Mike Rianda), and the family’s delightfully chubby pug Monchi for the ultimate family road trip.

Suddenly, the Mitchells’ plans are interrupted by a tech uprising: all around the world, the electronic devices people love—from phones, to appliances, to an innovative new line of personal robots—decide it’s time to take over. With the help of two friendly malfunctioning robots, the Mitchells will have to get past their problems and work together to save each other and the world!”

Connected is the latest film from Sony Pictures Animation. Mike Rianda (Gravity Falls) directs, with Jeff Rowe serving as co-director. The pair also wrote the screenplay for the film. Phil Lord and Christopher Miller serve as producers, along with Kurt Albrecht (The Proud Family).

This might not be the most original premise we’ve ever seen, as machine uprisings are a staple of science-fiction. But this looks like something that is much more than a kid-friendly version of I, Robot. It mixes different genres to create something unique: a family bonding-film mixed with a road trip, all set in a sci-fi world. That should make the story both timely and accessible—since we all either a) can’t get away from our screens or b) have a loved one who can’t—and also a lot of fun. There are a lot of possibilities for excitement and comedy when everything from advanced robots to our toasters turn on us. 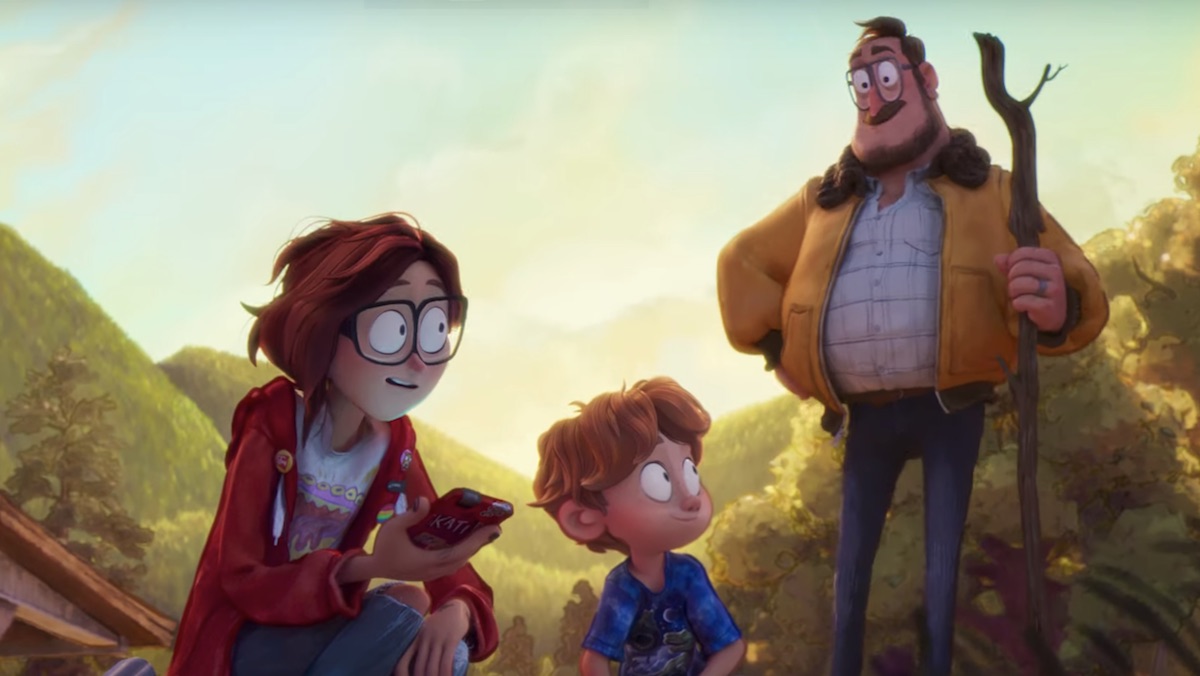 And they will. Oh you just know they will. When that happens we’d like to have Danny McBride on our side too. We definitely want a cut pug with us as well.

But until the singularity happens we can still look forward to the latest animated movie to come from Phil Lord and Chris Miller. We always do.