In Cold Pursuit, Liam Neeson once again plays a man with â€œa certain set of skills,â€ and anyone looking at the movieâ€™s surface would be right to characterize it as the latest in what has become a seemingly indefatigable chain of thrillers about loss and vengeance. But Hans Petter Molandâ€™s remake of his own 2014 Norwegian film In Order of Disappearance preys upon those expectations for an at-times bleakly funny, and others deeply sad drama about parents, children, and legacies passed from one generation to the next. Neesonâ€™s acknowledgment of – and possible own fatigue with – portraying characters like these gives the latest iteration of an increasingly familiar story surprising emotionality, without depriving audiences of the brutality and body count theyâ€™ve come to expect.Neeson plays Nels Coxman, a snowplow driver in the fictional town of Kehoe, Colorado who is chosen as Citizen of the Year. Reluctant though he is to receive the attention, Nels has his honor undercut by the unexpected death of his son Kyle (Micheal Richardson) from a heroin overdose. Confused and inconsolable, he and his wife Grace ( Laura Dern) begin to drift apart, even as Nels becomes convinced that Kyle was not concealing a drug addiction. Discovering what he believes is proof of foul play, Nels decides to hunt down and murder the men he believes are responsible, putting him in the crosshairs of a local drug lord named Viking (Tom Bateman) who quickly grows tired of learning that his foot soldiers are mysteriously disappearing, one by one.Nels soon uncovers a network of dealers that connects Kehoe to its sister cities, and is on the precipice of becoming an empire – that is, if Viking can broker a deal with White Bull (Tom Jackson), a Native American managing his own criminal enterprise nearby. But even as a curious young detective (Emmy Rossum) starts asking questions about the explosion of illegal drugs pouring into their sleepy little resort town, Nels continues with his single-minded pursuit of vengeance, landing in the middle of a turf war inadvertently instigated by what was originally a desperate search for answers, and closure, regarding his son. 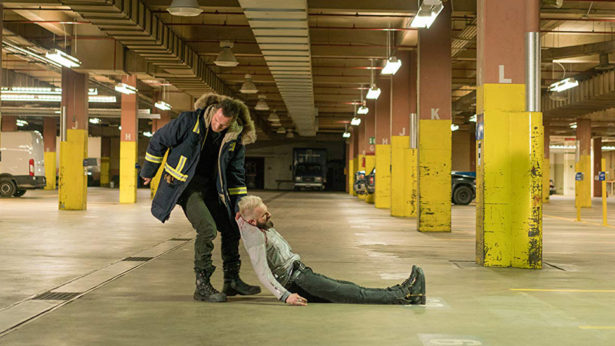 Molandâ€™s return to this material five years later seems at least aware of Neesonâ€™s pedigree in this growing thriller subgenre, offsetting the actorâ€™s formidable physicality first with the gruff melancholy that burnished his reputation as a dramatic actor. Then, more broadly, he offers a sense of pitch-black whimsy as Nelsâ€™ hunt escalates from individual-oriented retribution to bringing down an entire drug empire. Neesonâ€™s character is smart but never particularly guileful; in a snow-covered rural town with one main road heâ€™s responsible for clearing each day, itâ€™s easy enough to dispose of dead bodies, but Nelsâ€™ fingers-crossed strategy is, at its essence, to convince himself – and his increasingly embittered wife – that his tight-lipped parenting approach didnâ€™t push their son to keep dangerous secrets from both of them.Unfortunately, Dernâ€™s role as Grace, a sounding board and clear-eyed observer of Nelsâ€™ behavior, disappears from the film far too quickly to sustain what should be the filmâ€™s central thread – how far will a parent go to understand their child? As a result, much of the running time is devoted to tracking the accumulating body count and what becomes an almost complete absence of real consequence as Nels, Viking, White Bull and their various underlings and cohorts violently clash with one another. Certainly that focus provides plenty of gallows humor – punctuated by title cards announcing each new death. But much like Rossum’s cop asks of her superior, arenâ€™t we supposed to care just a little bit more about whatâ€™s happening in this town? Or even just about the lengths that Nels is going to â€œmake rightâ€ the wrong of his sonâ€™s death? There are real ideas about grief, retribution, heritage, legacy and more introduced with this scenario, but Moland seems happy to let most of them get buried and forgotten beneath that mounting pile of bodies.As Viking, Bateman makes an often-amusing foil for Neesonâ€™s intimidating stoicism; playing a control-freak dad who believes all of lifeâ€™s answers can be found in Lord of the Flies, he fails to see how heâ€™s driving his own son away as Nels desperately searches for the connections he never made while Kyle was alive. But itâ€™s not until Jackson is introduced as the equally cold-blooded but considerably more culturally astute crime lord that the filmâ€™s exploration of tradition, and generational responsibility, comes together. White Bull has built his empire both via personal determination and skill and a willingness to prey upon white guilt, and the prospect of losing it – jeopardizing his family and community – is tantamount to genocide. That his own son becomes a pawn in the conflict between Nels and Viking feels both tragically inevitable narratively and further thematic reinforcement that these all are people trying to protect their legacies, but passing down dangerous lessons while doing it. 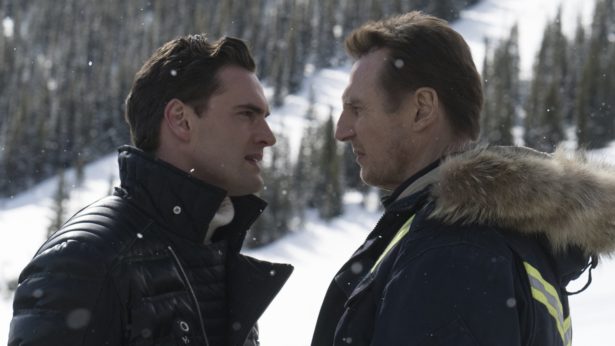 Molandâ€™s skillful direction maximizes the visual opportunities from a landscape mostly dominated by fields of white powder, and he directs the action with the right kind of grim, comical realism to ensure that each act of violence still feels brutal. But ultimately, Cold Pursuit could have used a little bit more heat – the warming glow of a more sincere, slightly less cynical take on loss, recrimination and violence. The film manages to be a merciless and moderately entertaining thriller all the same, but perhaps the cruelest irony is that a remake by the same director doesnâ€™t seem to have absorbed the biggest lessons imparted in his source material.3.5/5