The long-awaited, pulled-from-oblivion final season of Star Wars: The Clone Wars is due on Disney+ on February 21. Many fans have long speculated as to what we’ll see in these final episodes. But with the easy access to Disney’s streaming service, new fans will flock to watch the animated series for the first time. It truly wouldn’t be Star Wars, however, without some confusion over which order one should watch it in. Should you watch it in the release order, which attempts to replicate classic film serials by jumping around with seemingly reckless abandon? Or should you go via chronological order, placing related story threads together?

Normally when it comes to Star Wars, I’m a release order purist. You will never convince me that it’s better to watch Phantom Menace before A New Hope. But when it comes to Clone Wars, I feel the exact opposite. While your overall viewing experience may not be extraordinarily different based on which order you watch it in, certain arcs just feel much more cohesive and stronger when viewed together. The series itself switches to a fully chronological format midway through its third season. This certainly suggests even the creative minds behind it decided it was the better way to go. Even StarWars.com has made an official chronological order guide available since 2014.

Regardless of the decisions behind why the show was ordered the way it was, here are a few arcs that are dramatically improved by watching them chronologically. As this is a guide for viewers who may not have yet watched the series, they are light on spoilers except on when needed to give context. 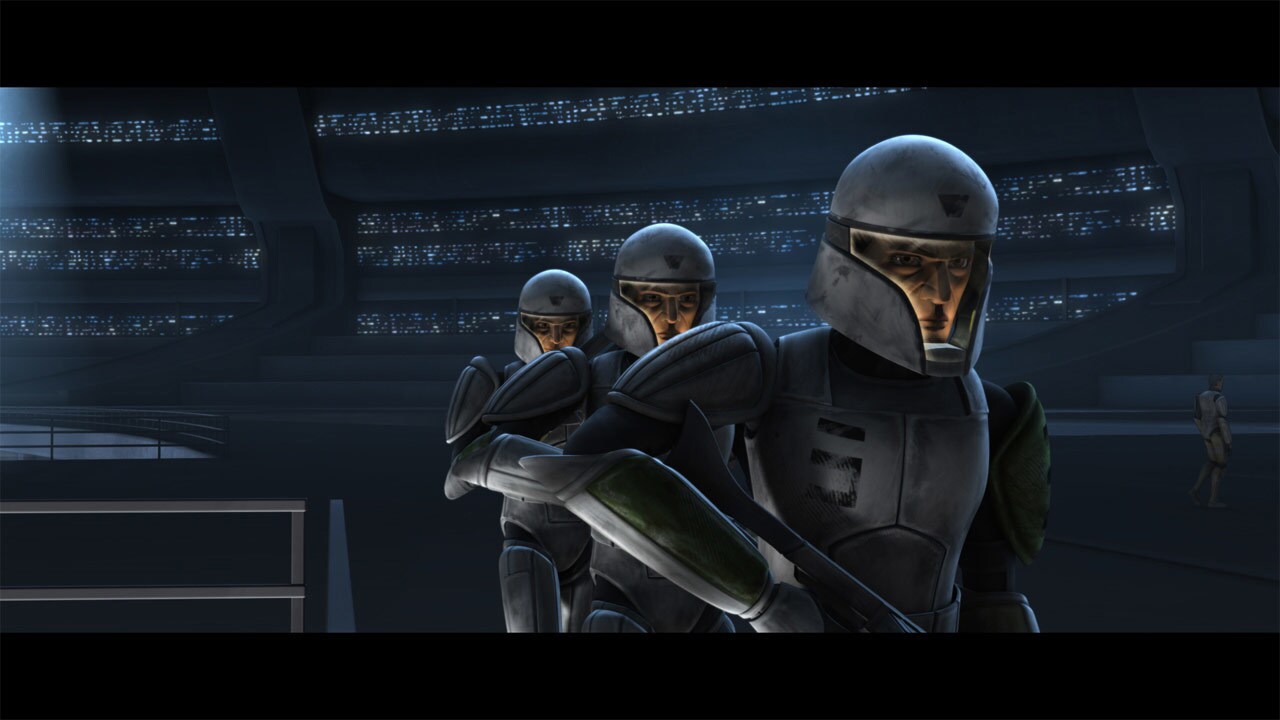 One of the most interesting aspects of the Clone Wars series it’s that it’s, well, full of clones. The series pulls off an incredible feat with the Clone Troopers introduced in the prequel films. Despite all being voiced by the same actor, Dee Bradley Baker, and having roughly identical character designs aside from a few strategic tattoos or hairstyle choices, they all remarkably come across as different characters. Throughout the series, we come to care deeply about some of the individual clones we meet.

While season one does give us an introduction to a squadron of clones that we’ll meet over and over again with “Rookies,” that same episode has a prequel, “Clone Cadets,” that didn’t air till the beginning of season one, and a sequel, “ARC Troopers,” that aired immediately after that as episode 302. When placed chronologically, “Cadets” really helps us better follow the journey Hevy, Echo, Fives (oh, Fives…), Cutup, and Droidbait.

By placing “Cadets” as one of the first episodes viewed and leaving “Troopers” ’til later, it affords more gravitas to the characters’ journey by spreading it across the three first seasons. It feels more like an arc than a simple two-parter. When Fives returns for a heartbreaking storyline in the final season, we feel all the more connected to him because of how much time we’ve spent with him before that. 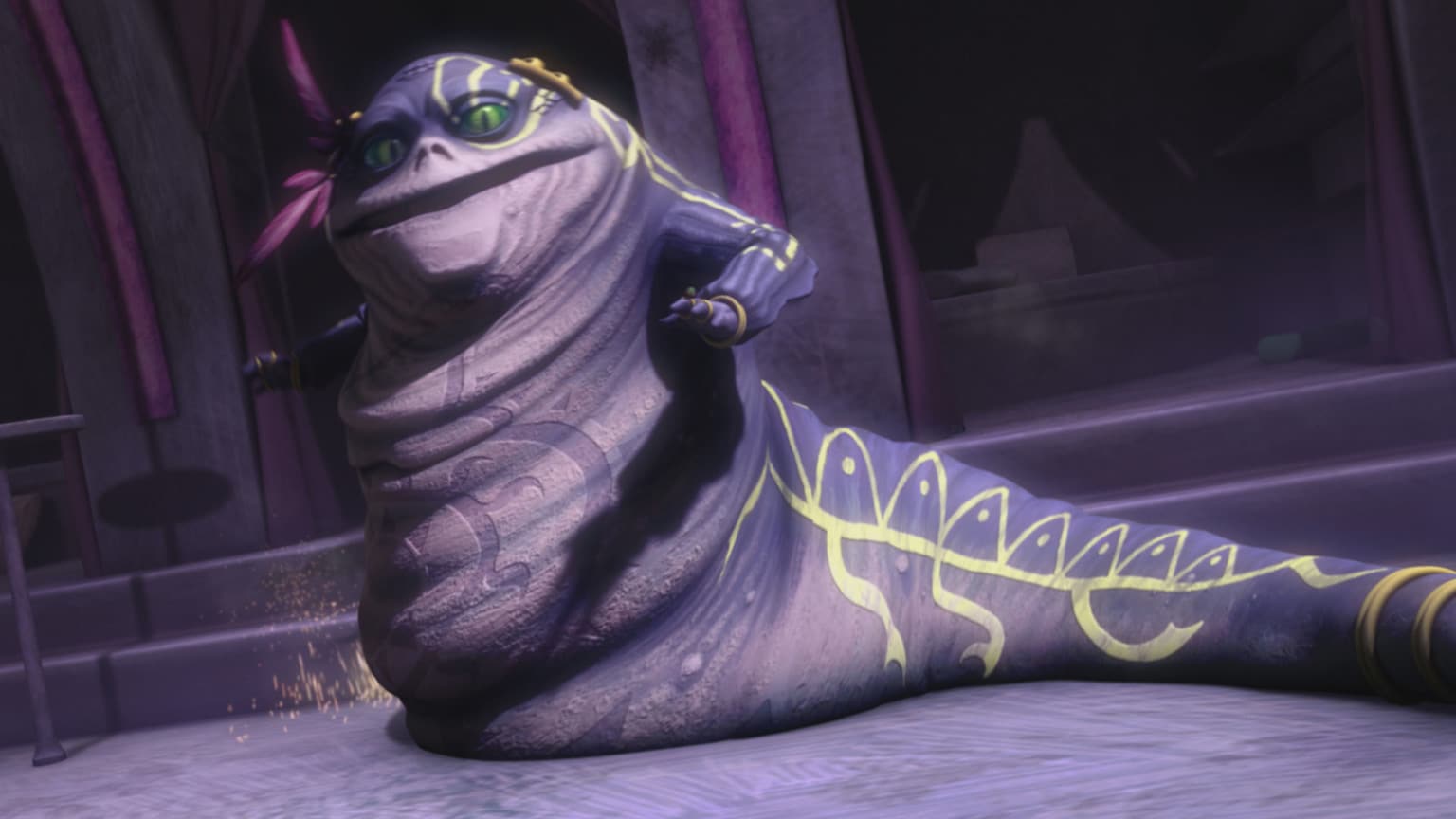 Ziro the Hutt is first introduced in the 2008 Clone Wars animated film. His later appearance on the show, however, is maybe the most bonkers story in the entire Clone Wars run. And that’s saying something, considering how many Jar Jar Binks stars in, or the entire arc involving R2-D2 and a mission staffed entirely by droids and one angry lizard guy.

Anyone who doesn’t think all genres can be reflected in Star Wars needs to experience the old-timey Guys and Dolls-meets-A Midnight in the Garden of Good and Evil gangster melodrama complete with a nightclub music performance. It makes perfect use of drawl-talking bounty hunter and wide-brim-hatted aficionado Cade Bane. Not to mention Ziro’s inexplicable Truman Capote-esque voice.

But the release order layout of this arc is pretty confusing. Two third-season episodes, “Assassin” and “Evil Plans,” serve as prequels to the season one finale, “Hostage Crisis,” which then has a sequel, “Hunt for Ziro” which aired immediately after “Evil Plans.”

For those who just went cross-eyed, the third part of this four-part story aired over a season before the first and second parts. When placed in chronological order, it flows so much nicer. We get a reminder of Ziro in “Assassin,” we get hints of the machinations of the Hutts in the episodes in between, then “Plans,” “Hostage,” and “Hunt” flow nicely together as a three-part story.

Heroes on Both Sides and the Senate arc 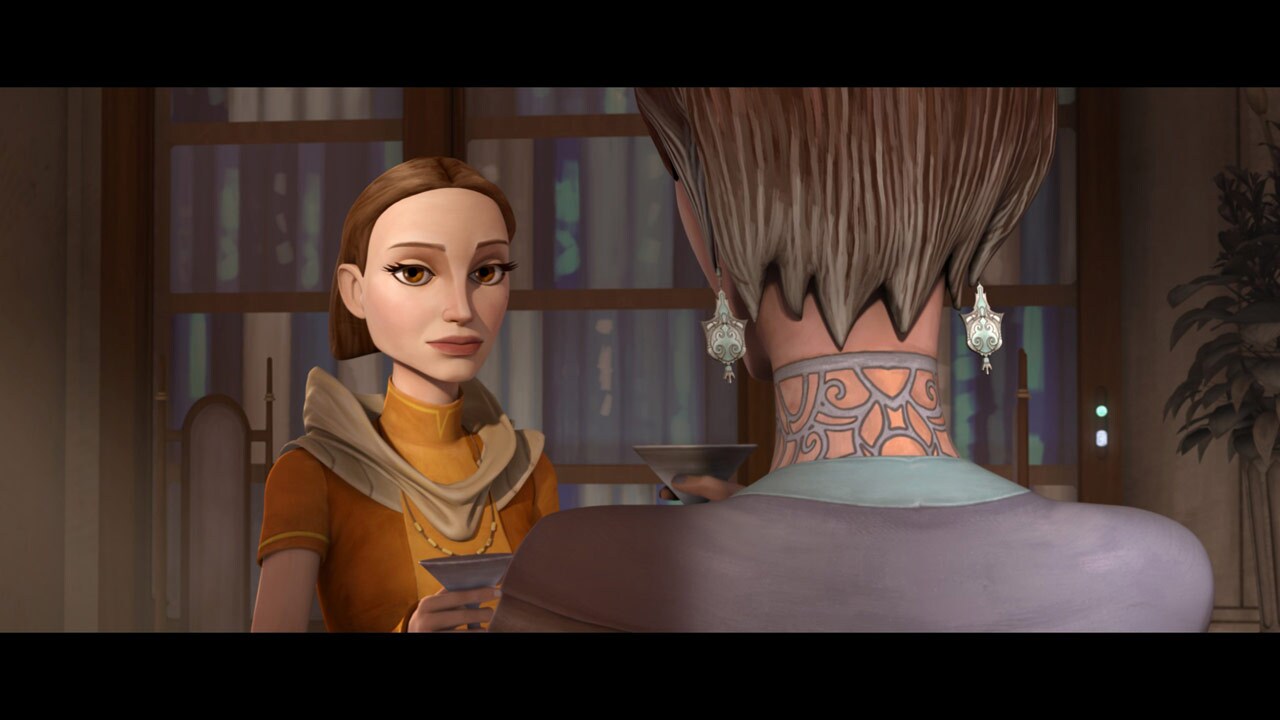 One of the most interesting and important episodes in the entire Clone Wars series is “ Heroes on Both Sides.” Fans may recognize the title as a reference to a line from Revenge of the Sith’s opening crawl. “Heroes” is the first major episode to give us a glimpse at the government, and civilian life, of the Confederacy of Independent Systems, otherwise known as the Separatists. Normally depicted only as cartoonishly villainous leaders like General Grievous, “Heroes” takes us behind the curtain to meet its civilian government. Like the Republic, the Separatists have a legislative body, a parliament mostly made up of representatives that once served their worlds in the Galactic Senate before the civil war.

The episode on its own does so much legwork to show that the Separatist citizens themselves aren’t evil. They have been manipulated and are secretly being betrayed by Count Dooku, in the same way the Republic is by Chancellor Palpatine. This is underscored immediately by the following episode “Pursuit of Peace,” which follows Padmé Amidala as she attempts to maneuver a senate that has been corrupted by Palpatine’s machinations.

Those two episodes fall back to back in season three, but they’re both prequels to “Senate Murders,” which originally aired in the middle of season two. These are all fantastic stand-alone episodes, but when watched together, and with the weight of two and a half seasons of the war behind them, Padmé’s frustration becomes palpable.

Sith and every Star Wars movie set after it tells us how inevitable the fall of the Republic is at this point, but this story is where Padmé seems to truly begin to understand that for herself. If you’ve ever heard people talk about how The Clone Wars fixes Padmé as a character, this is probably the arc they were thinking about. If for that reason alone, it deserves to be seen in order.