Sony’s upcoming Cinderella starring Camila Cabello and Billy Porter just released its first trailer, and yes, I am obsessing. Not only do we hear a little of the way the film uses modern music, but we see a sampling of looks Fairy Godmother Billy “I own the red carpet” Porter serves.

Back in May, Amazon announced the film would release directly to streaming. Which means it is skipping a theatrical release altogether. Here is the official synopsis:

“From Kay Cannon (Pitch Perfect), Cinderella is a modern musical with a bold take on the story you grew up with. Our ambitious heroine (Camilla Cabello) has big dreams and with the help of her Fab G (Billy Porter), she perseveres to make them come true. Cinderella has an all-star cast including Idina Menzel, Minnie Driver, James Corden, Nicholas Galitzine, and Pierce Brosnan.”

The story looks like it stays close to the original. However, to modernize it, the new adaptation will feature covers of classic pop songs. If you watch the trailer, you get a quick glimpse at a couple of the songs used. For example, the trailer opens with a cover of Janet Jackson’s “Rhythm Nation.” And, further into the trailer, you can hear a cover of Queen’s “Somebody to Love.”

Cinderella will also have some new original songs Cabello and Menzel, who stars as the evil stepmother Vivian. 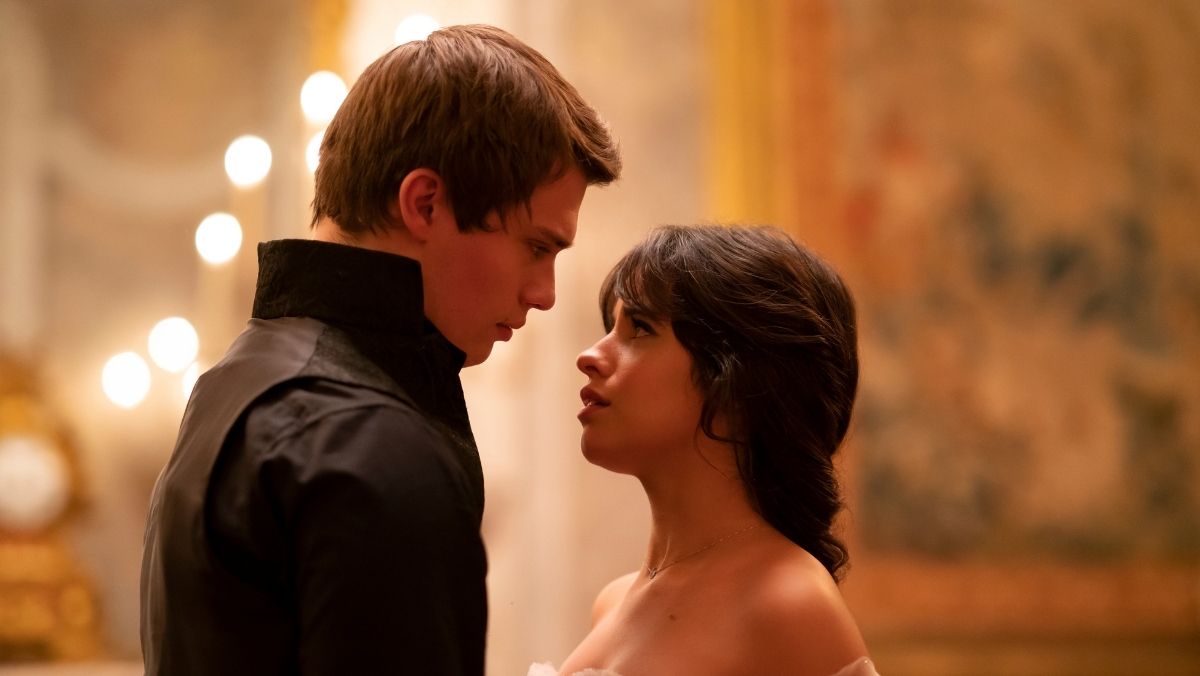 The cast got to watch the trailer yesterday, and the studio shared their reactions on Twitter.

This is your royal invitation to RSVP for the official #CinderellaMovie trailer tomorrow 💜 pic.twitter.com/bRGSUgTJ1m

The trailer is the first we’ve seen of the film since the first teaser back in June. You can hear a little more of one of Cabello’s original songs there. So far, everything looks fantastic. And Billy Porter is perfect as Fab G! My musical theater heart is exploding at the chance to hear Porter and Idina Menzel belt their hearts out (one can only dream!).

Cinderella is heading to the ball, that is, Amazon, on September 3.