Cibele is an indie vignette game from Star Maid Games based on the true story of designer and game creator Nina Freeman’s first romance, which takes place almost exclusively online. Set in 2009, you experience 19-year-old Freeman’s long-distance flirtations with a young man she’s grown close with through Valtameri, a fictitious MMO.  Though the meat of the story comes from the voice-acted conversations you overhear between Nina and her crush as you play the game, much of your insight into the protagonist comes from exploring her chat logs, personal poetry, and progressively racy selfies. The whole experience is simple, honest, and intimate to the point of feeling voyeuristic. 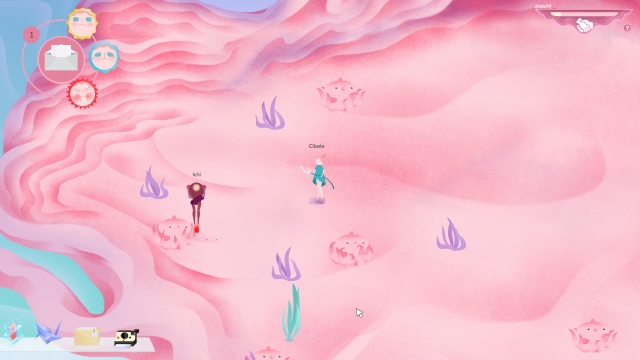 When you play Valtameri as Freeman’s character, you need only follow her crush Blake’s avatar “Ichi” around and click on enemies until they die. But the gameplay in Valtameri is not the point. Just as real-life MMOs and online co-op games have become a medium for communication, Valtameri is a platform for social interaction, a task to keep your hands busy while you watch the main event. As you play “online,” juicy internet drama unfolds over the in-game message system and you listen to Nina’s relationship with Blake develop in voice chat. The psychology of online communication in games is a relatively new phenomenon we’ve only just begun examining in media. How do people interact with each other in a virtual space and how do the dynamics of that relationship shift when there are no avatars between them?

In Blake’s case, he seems to only understand relationships within the context of the game. And as the 6 months of their courtship go by, he seems increasingly reluctant to meet in person. Without the structured activity of an online raid, it’s hard for him to connect to people. Nina herself seems to be retreating into her online friendships, judging from the chatlogs of IRL friends chastising her for abandoning them. I was impressed with the frank portrayal of (spoiler?) sex and desire in the game. The games industry tends to tip-toe around sex and its presence in games is often reduced to titillating achievements or XP-earning missions with little emotional context. In contrast, Cibele’s grounded examination of a young woman’s budding sexuality is intimate and refreshingly real. 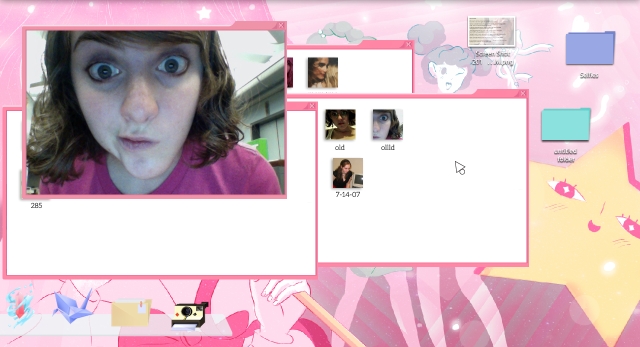 Most of Nina Freeman’s previous short games (available on her site) are similarly anecdotal, allowing you to step into the shoes of the protagonist, often Freeman, to see a moment in time through their eyes. You’re an 11-year old girl who has to figure out how people have sex by mashing your naked dolls together in how do you Do it. You have uncomfortable teenage conversations with your mother in Ladylike. Like those short flash games, Cibele also challenges notions of what narrative games can be. Cibele could have easily been an intriguing short film if reduced to its live action and voiceover components. What makes the game effective is Freeman’s gift for placing players into the head of a main character. Cibele allows players to be part of a unique story and empathize with the main character in a way that only games are able to. If you are interested in narrative-driven games, check this one out.

Play it on steam and let us know what you think of it.