THE CHILLING ADVENTURES OF SABRINA Part 4 Trailer Is Here - Nerdist

THE CHILLING ADVENTURES OF SABRINA Part 4 Trailer Is Here

Netflix canceled The Chilling Adventures of Sabrina earlier this year. And we’re still sad about it. We’re not ready to say goodbye to Sabrina Spellman, her aunts Hilda and Zelda, and her friends—both magical and not. Luckily, us fans have one more thing to look forward to: the final season! And it’s coming sooner than we thought.

Yesterday, showrunner Roberto Aguirre-Sacasa teased on Instagram that we were due for a “ Sabrina treat” soon. And not a day later, and we’re treated to two special gifts: the Part 4 release date and a new teaser. The Chilling Adventures of Sabrina will return on December 31. Here’s our first look at the upcoming final season.

And here’s the second trailer for the season, which teases more Eldritch horror.

Here’s a description of Part 4 straight from Netflix:

Chilling Adventures of Sabrina re-imagines the origin and adventures of Sabrina the Teenage Witch as a dark coming-of-age story that traffics in horror, the occult and, of course, witchcraft. Over the course of Part 4’s eight episodes, The Eldritch Terrors will descend upon Greendale. The coven must fight each terrifying threat one-by-one (The Weird, The Returned, The Darkness to name a few), all leading up to…The Void, which is the End of All Things. As the witches wage war, with the help of The Fright Club, Nick begins to slowly earn his way back into Sabrina’s heart, but will it be too late?

This sounds epic and exciting! It also sounds a little reminiscent of the final season of Buffy the Vampire Slayer. Which we mean as a compliment. There’s nothing better than a plucky blonde teenage heroine standing up to dark and evil forces. We can’t wait to see how it all turns out. Even though we’re still sad about this whole cancellation business. 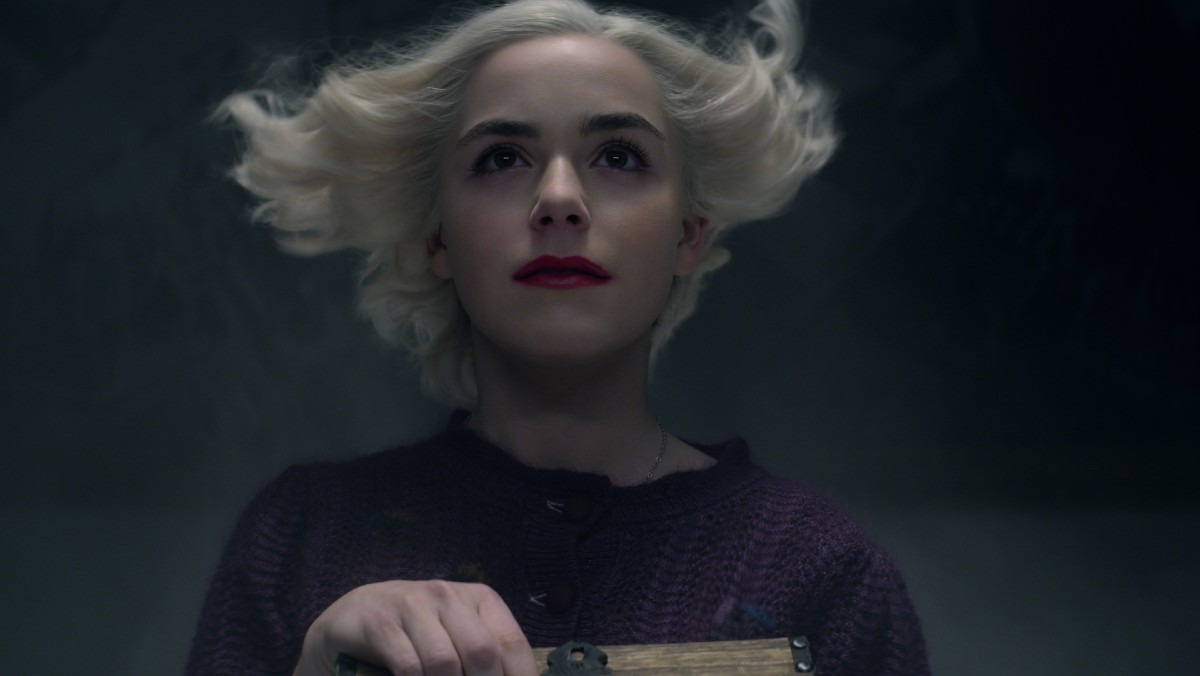