These CHILLING ADVENTURES OF SABRINA Bloopers Are Magical - Nerdist

These CHILLING ADVENTURES OF SABRINA Bloopers Are Magical

We said goodbye to many things in 2020, including one of our favorite Netflix shows: Chilling Adventures of Sabrina. The show—a dark and twisted update on the classic Archie Comics character, Sabrina Spellman—was a macabre delight. It was full of witchy imagery and literal trips to Hell. And that cast! The final season came out in December, but we’re not quite ready to say goodbye.

Luckily, Netflix released a little treat for fans today. It’s a blooper reel for Parts 3 and 4. And it shows cast members like Kiernan Shipka and Michelle Gomez having a ton of fun. Let’s take a look! (Also, fair warning: there are a few visual spoilers for the season in the blooper reel.)

Everything about this is utterly delightful. First of all, the cat cartoons used to bleep out curse words? Genius. Especially for a show featuring Sabrina’s iconic black cat, Salem, who gets his own bleep in the reel. Talk about purr-fect. 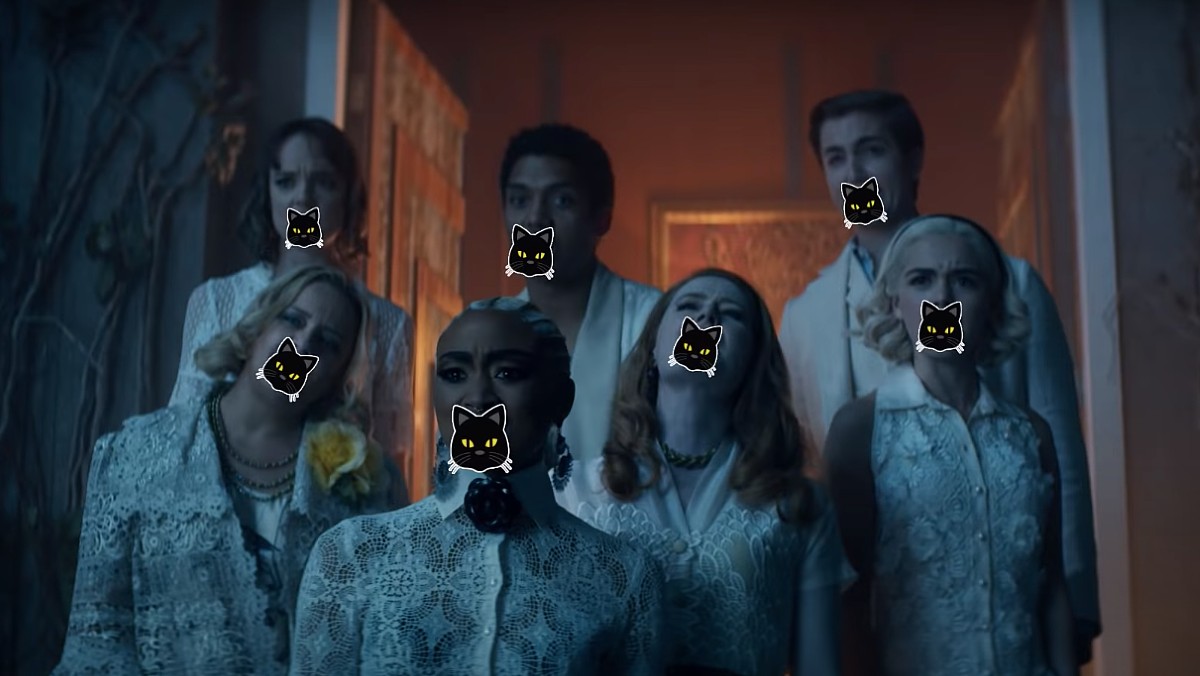 There’s also so much dancing and joy going on behind the scenes. For a show as dark as Chilling Adventures of Sabrina, it sure seemed like the cast got along and had a lot of fun together. Come for all of the laughter and dabbing, stay for Michelle Gomez asking if her ass looks too big in one of her shots.

Like we said, we’re so sad to see Sabrina Spellman and her friends go. Roberto Aguirre-Sacasa’s show was the perfect compliment to his other Archie Comics reimagining, Riverdale. And because it aired on Netflix, as opposed to The CW, it got to be every bit as violent and twisted as its rebooted comic counterpart. We’ll miss the show, but here’s hoping it’s not really the end. Maybe the Greendale characters will cross the river to Riverdale eventually. Here’s hoping.