As if we needed yet another reason to visit an active volcano, chef David Garcia is now cooking delicious-looking pizzas over one in Guatemala. The chef, a pro at making the volcanic pies, demonstrates his skills in the AFP News Agency video below. Although, fair warning before you watch: you may experience a mix of mouthwatering, and mouth-burning, sensations.

The AFP News Agency (or Agence France-Presse) recently posted its interview with Garcia to YouTube; the clip shows how the chef who claims to make “the best pizza in the world” works at his tasty craft. (Incidentally, which pizza maker doesn’t make “the best pizza” ever?)

As for the story behind Garcia’s adventures in volcanic pizza-making, it was simple: “I put the pizza together one day [and] brought it to the volcano,” Garcia tells AFP. “I put it in a hot cave that was approximately 800 degrees and it came out in 14 minutes. So when I tasted the flavor of the pizza…I said this is a good idea.”

Garcia cooks his pizzas over a river of lava that flows from the Pacaya volcano; the 8,300-foot-tall lava-blasting beast has been sporadically active since 1961. And the cooking method is apparently as difficult to master as it sounds. “In a lava river, I have to make sure the pizza doesn’t drift away,” Garcia tells AFP. “It was difficult for me to learn the technique here so the pizza doesn’t burn,” the chef adds. 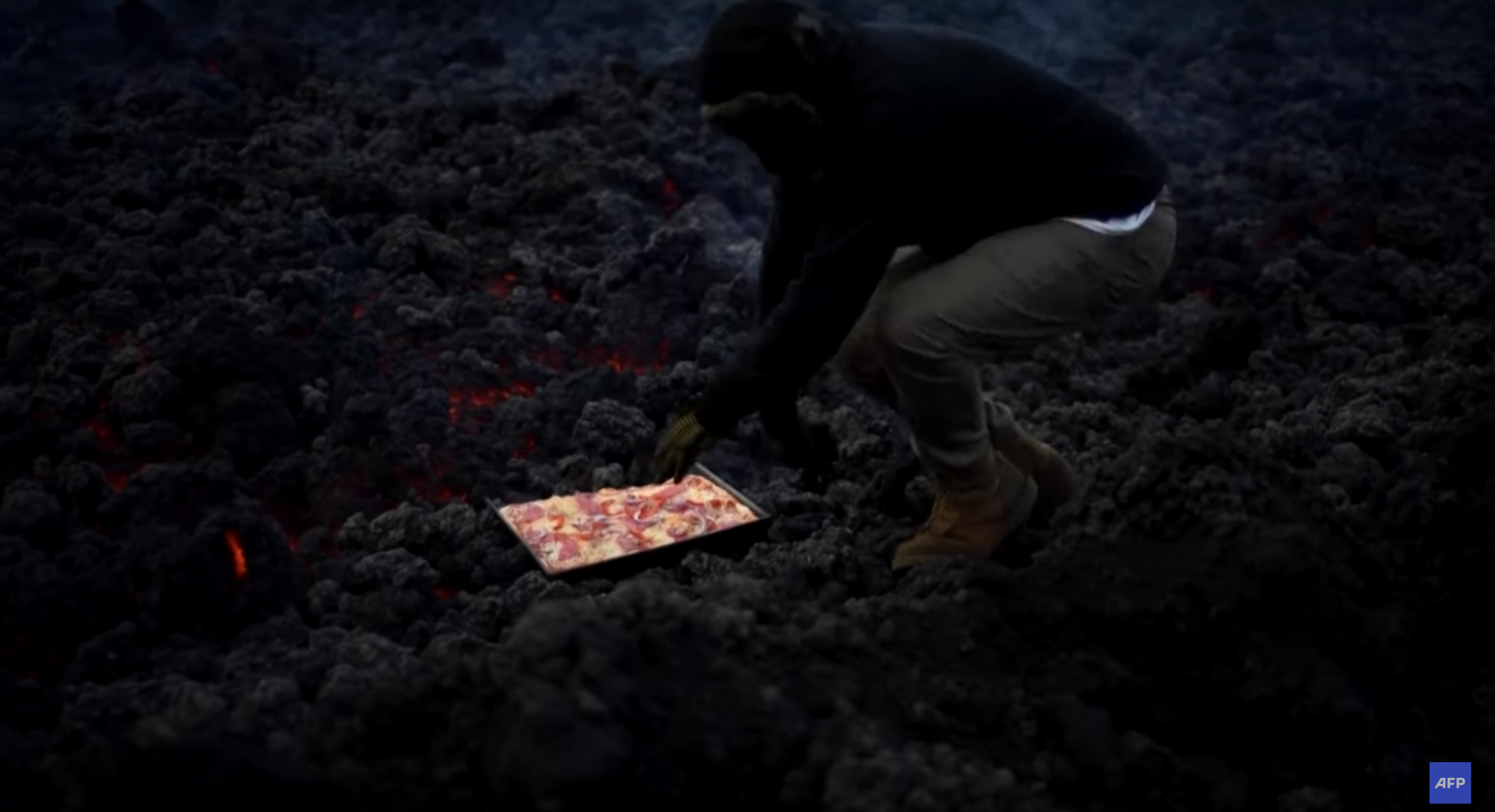 As for his master plans, Garcia says he wants to make his super-hot pies a major tourist attraction. He’s been cooking up the pizzas for a few years too, so it sounds like Pacaya is in it to win it as well. Although Garcia may want to venture into delivery at some point? We do know of some drone pilots who are (sort of) good at dodging lava if he ever wants to try flying his pies to people.