It is immediately obvious what once attracted screenwriter Charlie Kaufman to the post-apocalyptic thriller Chaos Walking. The opportunity to mine drama and conflict from a world in which mankind’s thoughts are loud and clear for all to hear and see—that all seems very much in keeping with Kaufman’s flare for bringing our insides out in creative fashion. But almost as quickly, it becomes clear why Kaufman was perhaps not the right fit for this version of the project.

Doug Liman’s Chaos Walking is hardly the most imaginative manifestation of its fertile conceit. The first act sets up an alien world in which men’s thoughts blare out uncontrollably from within their heads. Men’s specifically; women are, for reasons we may only wonder about, unaffected by this neurological phenomenon. Granted, no women whatsoever occupy the feudal colony where the first half of the movie takes place. 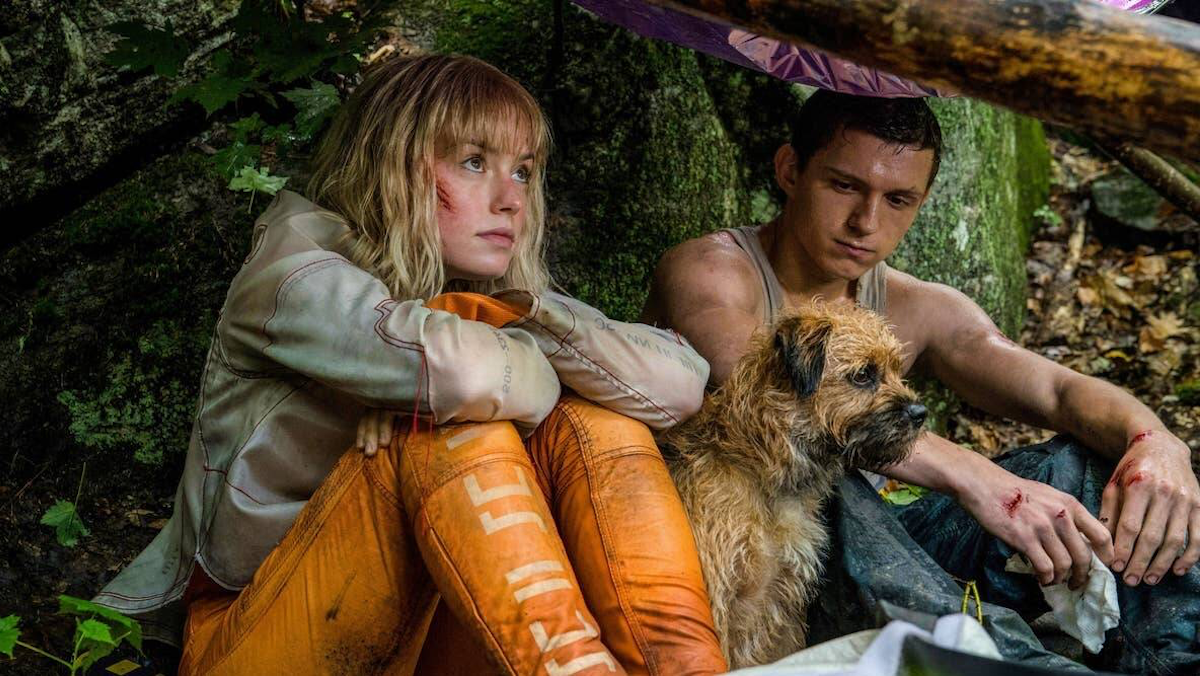 (And here we are, having yet to introduce the central characters, and I’m tripping over myself to establish this movie’s backdrop. That should tell you something about how well the movie fares in this regard. Or maybe I’m just a lousy critic. Either way, it is only appropriate that you should hear these innermost thoughts.)

Danger follows aggrieved beta-male Todd ( Tom Holland) thanks to his inability to wrangle an especially voluminous inner monologue; this keeps him in hot water with his colony’s sinister mayor (Mads Mikkelsen) and out-for-blood zealot preacher (David Oyelowo). When a space-traveler’s ( Daisy Ridley) crash landing onsite makes her the first woman the colony has seen in years, the danger amplifies. 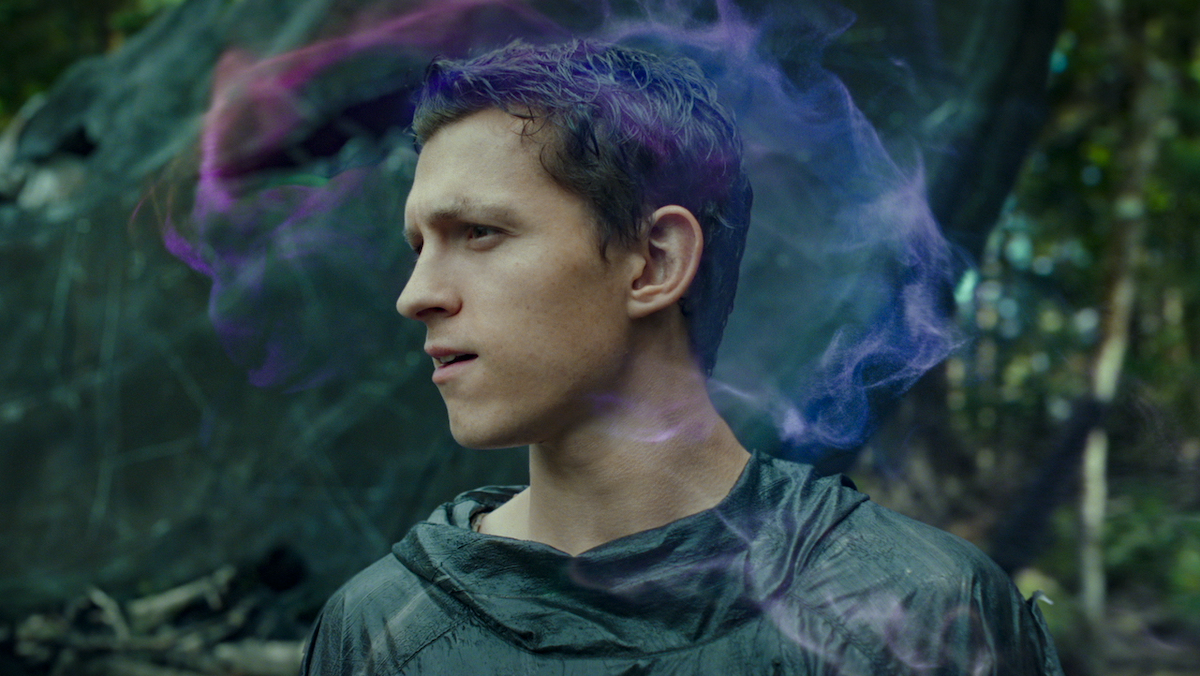 Todd, raised well by a decent-hearted couple (Demián Bichir, Kurt Sutter), leaves home to guide Ridley’s Viola to safer pastures. The specifics of their trek are, to reiterate an earlier point, the least interesting pieces of the grander puzzle. They face the elements, aliens, nefarious human beings, and the trappings of a merciless post-apocalyptic society. Most of it fades into fog behind the far more vibrant experience of Todd’s desperation to hush his freaking brain. Especially in the company of the first girl he’s ever met.

For my money, this take on Chaos Walking is hardly the least imaginative manifestation of its concept, either. Amid the boilerplate point-A-to-point-B plotline, we do receive a fairly lively tour through the day-to-day of life with “the Noise.” Ever the victim to intrusive thoughts, Todd rang surprisingly, evocatively familiar to this longtime OCD-sufferer. While this construct is often allotted toward plot movement, it’s sometimes played for genuine pain; other times, for laughs. It manages a fair record with each. 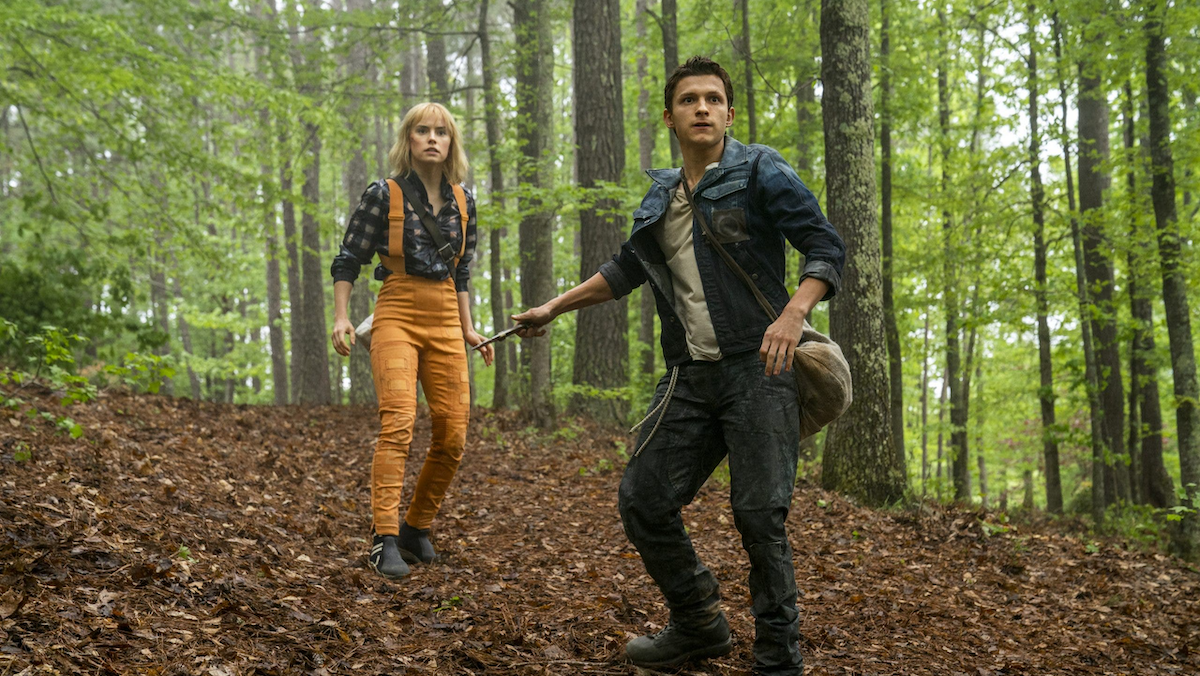 The division of this phenomenon across the gender binary allows for a smattering of discussion about sexism and infective masculinity. (It’s not exactly akin to reading Clementine Ford, but it’s got a little on its mind.) New to the world of men’s screaming brains, Viola’s experience is more often than not one of horror and disgust. Chaos Walking doesn’t do much with Ridley’s character in her own right; perhaps that’s just the nature of being the only character without an audible cloud of internal narration. Or maybe for all its ideas on the bad thoughts of men, Chaos Walking doesn’t have much to say about the any thoughts of women.

Still, Todd and Viola’s unusual dynamic gives way to something a little more complex than we get on similar canvas. A little daring, a little funny, a little cringey—and even then maybe not without value. Chaos Walking may not quite have its head on straight, but it’s got a few shiny marbles rattling around up there.

(Public service spoiler: Chaos Walking contains an incredibly cute and sweet dog. For most of the film’s run, this dog scampers around and sniffs things and brings the viewer joys aplenty. Sometimes you’ll spot him in the periphery and smile and say, “There he is! He’s doing okay!” But, as is often the case in genre movies, something horrible happens to this dog. I do not like this and neither will you.)