Brent Underwood, a YouTuber “living in an abandoned ghost town, trying to bring it back to life,” loves to delve into the past. On his channel, Ghost Town Living, he details his attempts at making the abandoned ghost town, Cerro Gordo, habitable again. According to Underwood, Cerro Gordo was “established in 1865 and went on the be the most prosperous silver mine in California’s history.” Once the boom of silver ran out, the inhabitants of the town abandoned it. But not without leaving behind salient pieces of history. In one of his recent trips into the mine at Cerro Gordo, which we first saw on Laughing Squid, Underwood discovered a treasure he’d been hunting for 18 months. This treasure: a pair of century-old Levi’s.

These jeans are some of the oldest around. Underwood shares more about this rare piece of fashion history:

Two questions: Why are Levi’s interesting? And why would there be Levi’s down in the mine?

Imagine how iconic the blue jeans are and Levi’s invented the very first pair that was worn by miners. And for that reason they can be very attractive to denim collectors. People that are really into that piece of clothing will pay upwards of $100,000 for this jeans. And for me, it’s never about that 100,000 dollars, that’s not the point of finding these jeans, but I think that 100,000 dollars shows the scarcity and the rarity of these Levi’s jeans.

It truly does. While the century-old Levi’s jeans that Underwood found are not in mint condition, they are a fascinating discovery that gestures at an important part of daily life for the miners living in the 1870s. As Underwood explains, “each artifact is creating a more clear picture of everything that happened in Cerro Gordo.” And in this case, what happened in Cerro Gordo over a hundred years ago is not that different from what’s happening today. Levi Strauss & Company began making jeans in 1853, with miners in mind, but their jeans are still iconic today. These hundred-year-old Levi’s are an unmistakable tie between past and future. 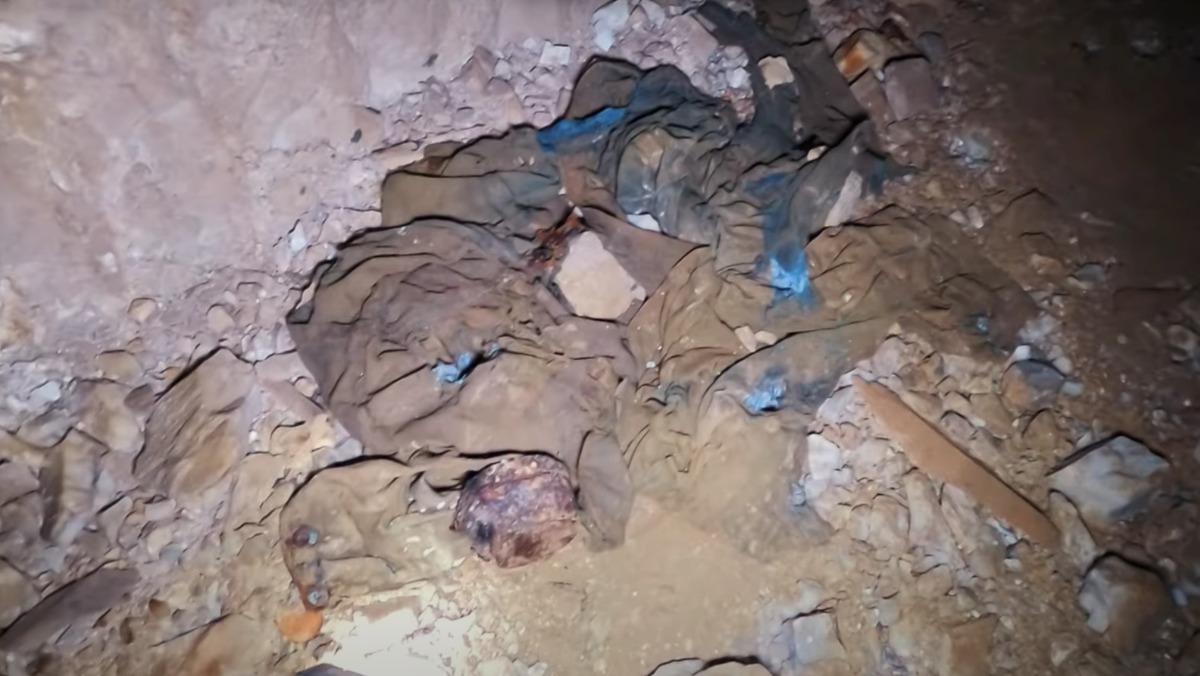 Underwood shows off the jeans in the video, revealing how the seams are still intact, and an image of the Levi’s logo has even survived. He was also able to see “Levi Strauss” clearly written on the jeans’ buttons, a cool visual. There are even some pops of blue left in the old fabric!

The hunt for the perfect pair of century-old Levi’s jeans goes on, however. Underwood dreams of a beautiful pair he can display in his museum. But he says, “it makes you excited for the future” as you’re looking back into the past.