What do you get when you mix Bob’s Burgers-style animation, music, comedy, and an all-star ensemble voice cast? The answer is Central Park, an upcoming Apple TV+ comedy set to premiere on May 29. According to Deadline, Central Park is a story about a family of caretakers who live, work, and save the world in Central Park. The series is the creation of Bob’s Burgers‘ Emmy-Award winner mastermind Loren Bouchard and comedian/actor Josh Gad, who is well-known for voicing Frozen’s Olaf. Apple TV+ dropped a trailer for the series and it will certainly find its audience among people who like animated sitcoms filled with colorful characters and snarky humor.

The clip starts with Birdie (voiced by Josh Gad) strolling through Central Park as he takes note of all its beauty. He bursts into song but it’s soon interrupted by a guy peeing in public. Meanwhile, we meet the Tillerman family—park caretaker Owen (Leslie Odom, Jr.), his journalist wife Paige (Kathryn Hahn), their son Cole (Tituss Burgess), and daughter Molly (Kristen Bell). There are a few funny tidbits at their kitchen table, including Molly saying it’s too bad that her brother can’t go back inside of their mother. Molly’s obviously going to be a comedy standout in the series with school chats about texting and telling strangers to ignore her weird little brother.

A gray-haired woman named Bitsy Brandenham (Stanley Tucci), a rich hotel heiress who hates Central Park, starts devising a plan to get rid of the “patch of dirt and weeds.” She is assisted by her right-hand woman Helen (Daveed Diggs), who she looks ready to quit at any second, and plans with her board to buy the park and turn it into real-estate. The caretakers decide to fight back by fighting for the park.

The trailer hilariously picks back up with its song, asking the viewer where else they can take their kids to jump in dirty hotdog water. He sings that the name is not very clever, but it’s central in his heart. The clip ends with Owen and Cole confronting Bitsy and Helen before going into an elevator. She wishes him good luck with managing the park and calls him a nerd right before the doors close. 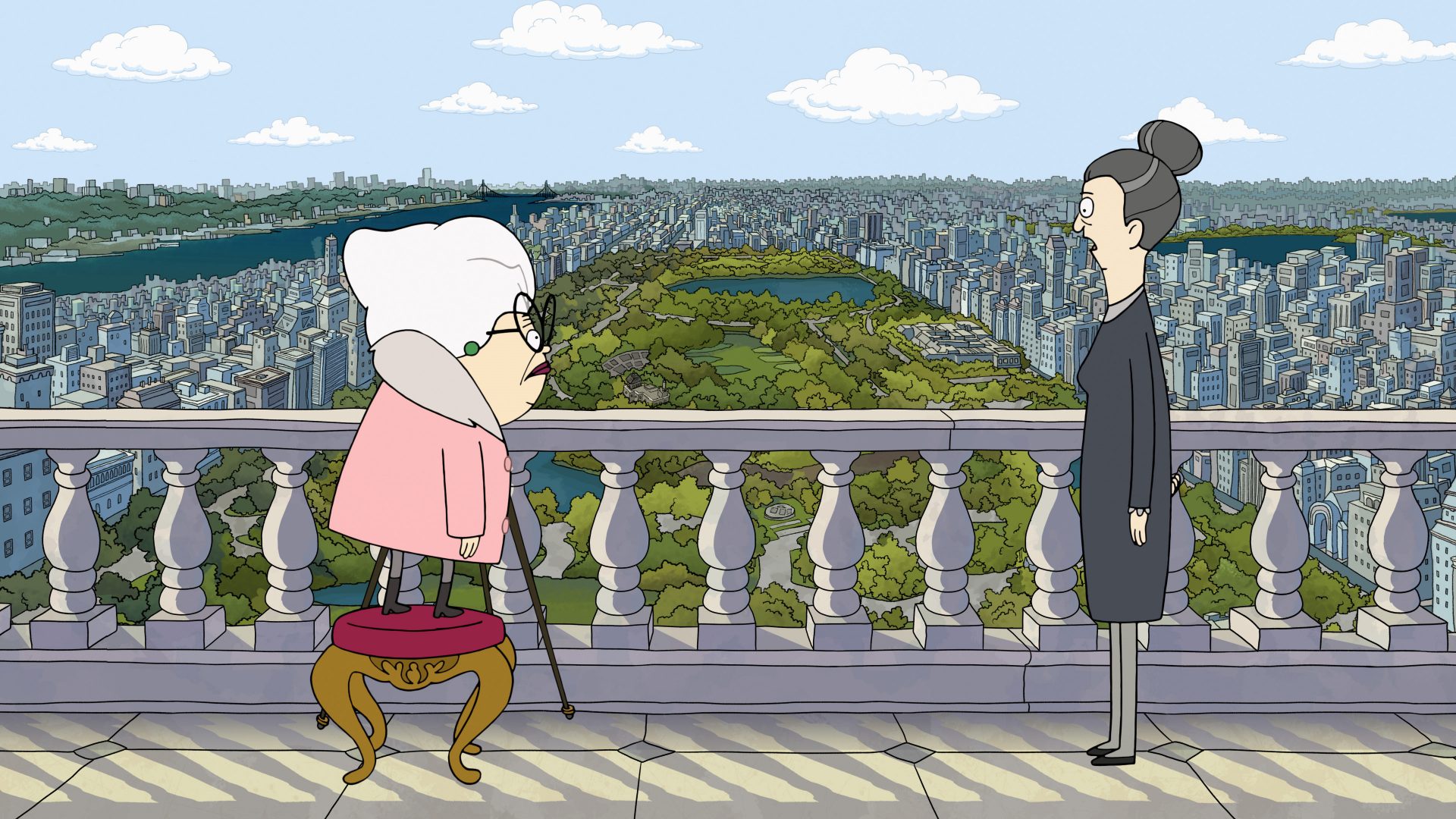 Central Park is considered a musical, but the trailer primarily features Birdie singing a solo musical number. Gad’s character might be the all-knowing narrator who comes in with funny songs and quips. But, with a cast known for their singing chops, its likely they’ll all get a break out number or two along the way.

Unlike many streaming service series that drop all the episodes simultaneously, Central Park will release its first three episodes on the debut date. After that, fans can expect an episode a week. The aforementioned Deadline post revealed that the series has the green-light for two seasons with 26 total episodes. So this battle for Central Park is just starting to warm up.

Central Park looks like it could be a funny and weird good time in New York City’s famous park with some catchy lyrics thrown in the mix.