It is a given that cats rule the internet. Their powers of cuteness seduce us away from doing anything productive, as we coo over the jelly beans of their toes and watch in wonder as they get cups stuck on their heads. They have taken over our memes, our videos, and now they shall take over our language! Kittify, a website created by Daniel Landy, transforms any text into horrible cat puns of the utmost ridiculousness. 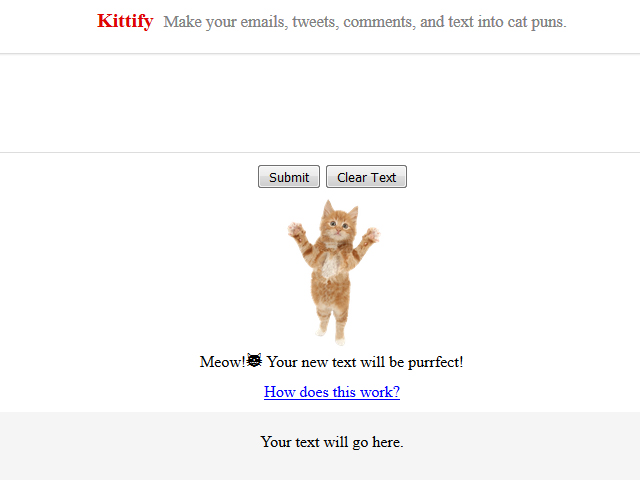 To further control everything we write, Landy released a Text to Cat puns Chrome Extension that is as catastrophic as it sounds.

To test the devastating capabilities of the cat translating site, I took quotes from Pride and Prejudice and plugged them in. I thoroughly apologize to any Jane Austen fans out there. The results are a bit maddening…  Welcome to Purride and Purrejudice.

Chapter I: Where we learn what all the fuss is about. 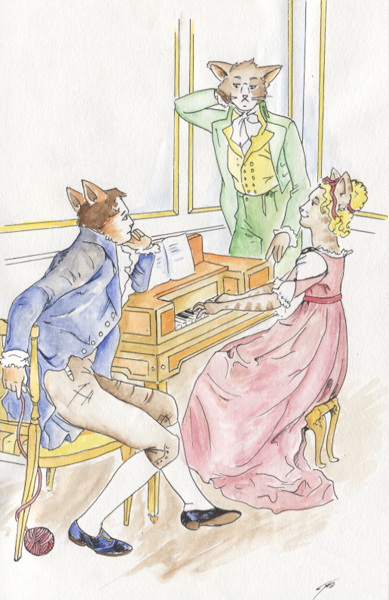 “It is a truth unifursally ackmeowledged, that a single man in possession of a meow-velous furtune, must be in want of a wife. Howefur little kmeown the felines or views of such a man may be on his first entering a neighbourhood, this truth is so well fixed in the minds of the surrounding families, that he is considered the rightful purropurrty of some one or othepurr of their daughters.”

Chapter III: In which Mr. Darcy does little to impress the young Miss Bennet. 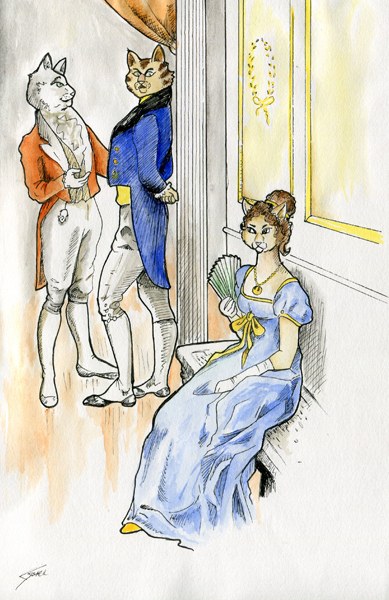 “‘You are dancing with the only handsome girl in the room,’ meowed Mr. Darcy, looking at the eldest Miss Bennet.

‘Oh! She is the most beautiful creature I efur beheld! But there is one of hepurr sistepurrs sitting down just behind you, who is fury purretty, and I dare meow fury agreeable. Do let me ask my purrtnepurr to introduce you.’

‘Which do you mean?’ and turning round he looked fur a moment at Elizabeth, till catching hepurr eye, he withdrew his own and coldly meowed: ‘She is tolerable, but not handsome enough to tempt me; I am in hiss no humeowr at purresent to give consequence to young ladies who are slighted by othepurr men. You had bettepurr return to your purrtnepurr and enjoy hepurr smiles, fur you are wasting your time with me.’ Mr. Bingley followed his advice. Mr. Darcy walked off; and Elizabeth remained with hiss no fury cordial felines toward him. She told the story, howefur, with great as catnip spurrit among hepurr furriends; fur she had a lively, pawlayful disposition, which delighted in anything ridiculous.”

Chapter 34: Where Darcy makes a complete fool of himself for Elizabeth. 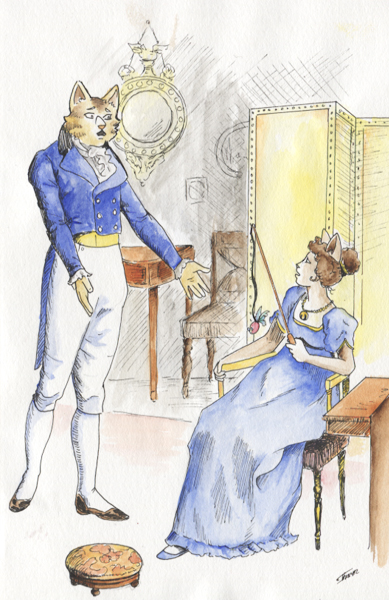 “While settling this point, she was suddenly roused by the sound of the door-bell, and hepurr spurrits were a little fluttered by the idea of its being Colonel Fitzwilliam himself, who had once befure called late in the evening, and might meow come to inquire purrticularly aftepurr her. But this idea was soon banished, and hepurr spurrits were fury diffurently affected, when, to hepurr uttepurr amazement, she saw Mr. Darcy walk into the room. In an hurried mannepurr he immediately began an inquiry aftepurr hepurr health, imputing his visit to a wish of hearing that she were better. She answered him with cold civility. He sat down fur a few moments, and then kitten up, walked about the room. Elizabeth was surpurrised, but meowed not a word. Aftepurr a silence of sefural minutes, he came towards hepurr in an agitated manner, and thus began:

‘In vain I have struggled. It will not do. My felines will not be repurressed. You must allow me to tell you how ardently I admire and love you.’

Elizabeth’s astonishment was beyond expurression.”

What book would you want to read kittifyed? What do you believe cats will dominate next? Let us know in the comments below!